f(x) is Not Being Promoted, And I Feel Fine

So I was scrolling through Twitter after breakfast on a Sunday morning, when as usual, the gossip mills ran into overdrive. This time, the word on the street was that EXO, barely two years into their career, are getting a concert and solo tour.

What was interesting would not be the fans’ reactions, but the reactions of “those who were shafted in the name of EXO’s success,” the f(x) fans. There was again the same passive aggressive grumbling about how a supposed “Sunbae” was again disrespected.

Of course, this made for good opportunity to open up old wounds, and re-salt them.

And it does not take a genius to figure out that sooner or later, someone was going to bring up “Evil Management”, and happily rain on SM’s parade. 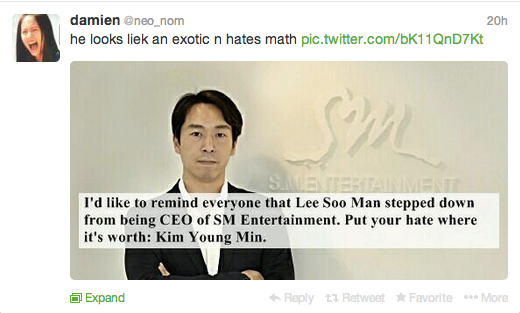 This set me thinking about two points, 1) What if f(x) were actually doing better than many of their female counterparts, and 2) What if the “f(x) being ill treated” was just a story amongst some fans, that happened to grow wings of its own?

This might be controversial, but bear with me here as I debunk, or slowly explain away, these points.

1) f(x) are not doing half bad actually

In fact, I would say that considering how their first two to three years was spent negotiating music that never seemed to strike a chord with the public, they have done well to not fade away from the limelight.

A history lesson first. F(x) debuted in 2009, not far off SHINee, who came about in 2008. The difference is that while SHINee seemed to hit the ground running with a string of good material, from their debut “Replay” to the song that established them, “Ring Ding Dong”, it took some time for f(x) to get into stride.

While “La Cha Ta” was a decent debut, “Chu” never really seemed to hit the same peaks, seemingly being made of the same few electronic bars being repeated. This would probably be where the problem started. For any group where the second single does not hint at growth or improvement, it gets trickier to convince the public they are worth backing.

Then there was the problem of how the group never seemed to really gel as a unit, at least where performing was concerned in the early days. There was Luna putting in good singing ability, and Amber being good on stage, but the rest of them just always seemed that bit off in performances. Even when things got better in recent years, that image was just hard to shake off.

SM however did not give up with their “female girl group with an electronic slant” promotion, and in 2010 gave them “Nu ABO.” Now this was one track that did divide opinion: some liked it, while others did not (I fell in the latter category). It could have been okay if SHINee also did not deliver, but unfortunately “Lucifer” turned out to be both a commercial and critical success. I mean, just listen to the two tracks back to back, and one just seems to be superior than the other.

With identical investments in two groups, but one of them making the dollar go further, it would be no surprise that SM Entertainment eventually slowed down development on f(x), and chose commercially proven concepts on a smaller scale for their subsequent works, such as “Hot Summer.” That was finally the point where things turned around for them, but by then, most appeared to have tuned out and let their pre-conceptions stick.

Fast forward to 2013, and f(x) are certainly a much improved unit than their days past; but by then SM had already moved on to bigger things with more potential (think EXO) or groups that had guaranteed or better returns for similar investments (SNSD, SHINee).

To sum up the saga: When f(x) were worth investing in, there were many aspects of them that did not add up, and by the time they finally clicked, SM Entertainment had moved on.

Or did they? Thanks to SM Entertainment’s reach, f(x) do have some standing in various aspects of Korean media. They are still on TV, they still get solo projects in the form of musicals acting and OSTs. In fact, they are doing better than the other guys sitting in the SM Poorhouse.

Do you still remember VNT?

If SM were truly that “evil” as the online movement would have you believe, they would’ve just had their contracts terminated or disbanded on the grounds of “low achievement,” or just left the group to fade away in the dungeons.

In light of this, f(x) are not too bad. They’ve got awards, they get to attend the company concerts as performers, and they’ve got keyboard warriors to pick up cudgels and defend them.

2) Maybe it’s just a vocal minority commenting on their lack of success.

The first thing most of us do when we are new in K-pop is to seek advice. Not so much from the friends around us, since they usually care not for K-pop, but from the online community. Naturally, after some time surfing around, we gravitate to those who gain a following, or have influential opinions. And after hanging around them, and following their comments, we naturally form our opinion based on what we heard. 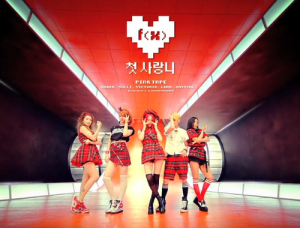 While I admit that most K-pop opinion makers speak truth and leave the opinions to be formed by those who follow them, there are those who clearly believe in the adage “If you tell a half-truth enough, it becomes a truth”, and use their social media accounts as a way of promoting their agendas, creating zombie followers in the process, who just repeat what they have been told.

Having been through this before, and having seen the various opinion makers of K-pop attempt to put a spin on things, from how “The Blue camp in SM is permanently annoying” to “How this group is not well treated – EVER!” to how “My group beats your groups on all fronts”.

Really, before you take such opinions as gospel, please take a look at some of the circumstantial evidence, to see if its just an online movement at another level, to one-up someone else, or if it is a genuine case to back.

I understand that what I say might fly in the face of common logic, and that yes f(x) do have lesser talent than some acts in the SM Stable, but it is really not the end of the world for them and their fans.

So yes, I am fine with their current treatment.