The latest press release from JYP Entertainment revealed the contract updates for original Wonder Girls’ members Sohee, Yoobin, Ye-eun, and Sunye, and the news has huge implications for the future of the girl group.

Sohee has chosen to let her contract expire as planned in late December, after which she will leave the company and pursue more acting opportunities. However, Yoobin, Ye-eun, and Sunye have renewed their contracts and will continue to work with JYPE.

This news puts future of the Wonder Girls in a murky place. As Sunye is busy with married life and motherhood, it is uncertain when and how she will continue activities within the company, and Sunmi’s future seems more and more directed at solo material rather than promotions with the rest of her members. 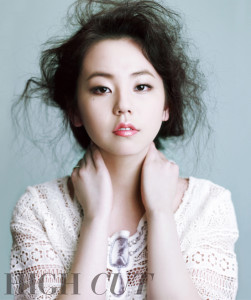 Sohee’s role in the Wonder Girls was crucial. Although she did not contribute as much with vocals and dancing, she was and is the recognizable face of JYPE’s flagship girl group. She also became well-known for her acting and modeling activities apart from promotions with her members.

Sohee’s departure seems to spell out an extended hiatus and/or end to the Wonder Girls , but JYP Entertainment has yet to give any final statement on what Sohee’s resignation will mean for the group’s future. A similar conversation sprouted up earlier this year after oldest member Sunye’s wedding and pregnancy announcement.

Interestingly enough, this news also comes on the heels of Nicole’s decision to leave KARA, a peer group of the Wonder Girls that also helped assert the rise of girl groups roughly eight years ago. While high-profile departures from male groups, such as JYJ from DBSK, Hangeng from Super Junior, and Jay Park from 2PM, have been shrouded in controversy and contract disputes, these latest girl group shifts reflect general fatigue with their activities and a desire to move on.

One could understand if Sohee lost interest in her group’s activities. The Wonder Girls had an abrupt dip in popularity following their lengthy term abroad when they attempted an ultimately underwhelming American debut. When they returned to Korea, the industry had already marched on in their absence, leaving them with a smaller audience of devoted fans.

The group had a strong impact on the K-pop music scene when it was still in its heavy growing stages. “Tell Me” helped begin the trend of hook songs in mainstream K-pop music, and the follow up song “Nobody” was an explosive hit that drew in many new listeners to the group and the greater K-pop industry. Sohee’s departure demands a reflection to that legacy of the Wonder Girls .

Wonder Girls has been on hiatus since last year’s announcement of Sunye’s marriage.