Secret's Ji-eun Returns To Us With "False Hope" 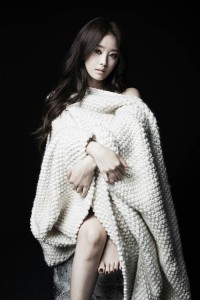 Back in 2011, when Secret was still TS Entertainment’s main moneymaker, Song Ji-eun of Secret made her solo comeback with “Going Crazy.” It wasn’t her first foray into being a solo singer, having debuted earlier with Hwanhee in a duet called “Yesterday” in 2009, a song later made to have only her vocals.

“Going Crazy” which featured B.A.P’s leader, Bang Yong-guk, was her first number one single and tells of a broken relationship where the female can’t stand the stalking tendencies of her ex. The release received favorable reviews from critics and Korean netizens, liking her mature sound over the most recent song of Secret at that time, “Shy Boy.” It’s music video was also of a dark theme and starred actress Min Hyo-rin and B.A.P’s Him-chan locked in the trunk of a car before being set on fire.

After the end of promotions, Secret went on to release their singles and B.A.P debuted and became TS Entertainment’s new money maker. And apparently, somewhere along the way, they had been planning for Ji-eun’s comeback with her first single. According to the singer, it wasn’t planned to be released at this time but she pushed for the release, which explains the relatively low hype around the comeback —  a comeback that surprised several when the music shows were suddenly showing teasers of her comeback.

Given how “Going Crazy” is one of the prime examples of a good solo release from an idol, how did “False Hope” follow?

Like “Going Crazy,” “False Hope” is a dark R&B ballad. This time around, an acoustic string background is prevalent throughout the song, giving the listener the feeling of brokenness and hopelessness. This hopelessness is seen in the lyrics as well. Even without looking into the translations, we get a sense of it thanks to the English sprinkled throughout the verses. “I know you’re tipsy whenever you call me” is enough of a hint at what this song is about.

This song focuses on the feeling of one-sided love — specifically that after a break-up when one party still retains feeling for the other. Not only does the background instrumental give the song an airy and haunting feel, but the lyrics work hand in hand as well.

Just when I’m about to get over you

You keep appearing, shaking me up

Don’t get drunk late at night and call me, never

I know you’re tipsy whenever you call me

You’re so bad, making me cry by saying you miss me

The MV only adds to the emotional roller coaster that is “False Hope.” The MV is soaked with symbolism and its editing team really deserves a round of applause because this MV could have easily become a mess if not timed properly. The scenes are brought to us on after another — scenes of Ji-eun with her lover, her in a bathtub, Ji-eun trapped in a cage of thorns, scenes of her wandering around lost, the singer and her lover nailed together through the hands — all before the culmination as she celebrates her birthday alone, lighting the candles, blowing the candles and then ceremoniously ruining the cake as tears run down her face. All of this does not blow up in our face and instead we are able to take in each scene.

The first symbolic gesture we see in the MV is the appearance of the pomegranate. In Buddhism, the pomegranate is considered a symbol of eternal peace. Given the fact that in the MV, the pomegranate is being juiced until its juices are gone, this could possibly mean that this peace is nowhere to be found for Ji-eun. The second symbol we encounter is that of the thorns. In this scene, Ji-eun is sitting on the ground as thorns surround her, trapping her within. Thorns are a symbol of pain and hurt and with Ji-eun trapped, she is also trapped by the pain and hurt she feels from the clash of feelings she experiences.

After, we then see Ji-eun in a tub, half-filled with water. Water is a universal symbol of change, life and cleansing. At the same time, dark water is a symbol of death. In the MV, she is sitting in a tub, possibly cleansing herself from her feelings when the reason of her pain — the guy who keeps leading her on — calls her on the phone. She then drops the phone in the water and a gush of blue comes. While blue is also a symbol of peace, calm, stability and loyalty, it is also a symbol of warmth and depression. The later is most likely true given the context of the MV and the lyrics. Soon after, we then see a sunflower — a symbol of happiness — being burned, telling us that her happiness is gone. 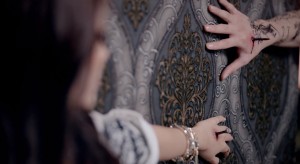 The next and last set of symbolism presented in the MV is likely the most tricky and controversial one. You all know what it is — the appearance of an iron nail which nails Ji-eun and the male together. It might be controversial to some due to its similarity to the Crucifixion in Christianity. Of course, it is a fact that crucifixion has long been used as a form of torture and that during the Roman times, it was a practice commonly used as a form of corporal punishment. Crucifixion was also used in Japan, introduced during the Sengoku period as a form of torture and was also used for prisoners of war during World War II.

However, in an interpretation of the usage of nails, it is said that when two things are nailed together, it means that the bottom object is the source of stability for the top object. We see in the MV that Ji-eun is the entry point of the nail, with the male as the exit point. With this alone, it tells us that once upon a time, this male was the person that gave her a sense of stability. But then we see her without the nail as well as the two of them separated, but with the nail intact, telling us that the memories of him are still alive in her.

The MV then ends with Ji-eun celebrating her birthday alone. While the event of a birthday is supposed to be a happy occasion, we see her have a breakdown instead. It is this scene that I take as the culmination of all the emotions in the MV, the climax if you will.

The MV is lovely done and enhances the song. It gives the viewer an emotional pull and everything is played out well. It seems as if Ji-eun has stepped up her artistry with this comeback and the MV, while it may not be everyone’s cup of tea, was beautifully done and I give it a 5 out of 5.