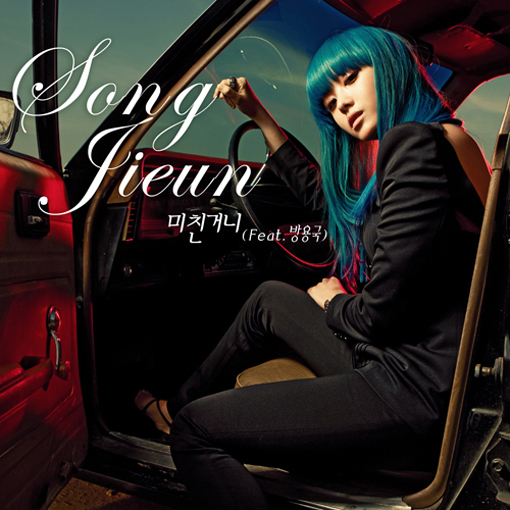 Secret‘s main vocalist Song Ji-eun is riding the wave of the group’s recent popularity with their song “Shy Boy” with her solo debut “Going Crazy”  featuring a rookie rapper from her company Bang Yong-gook. Her digital single was just released and has already reached the top of the charts. 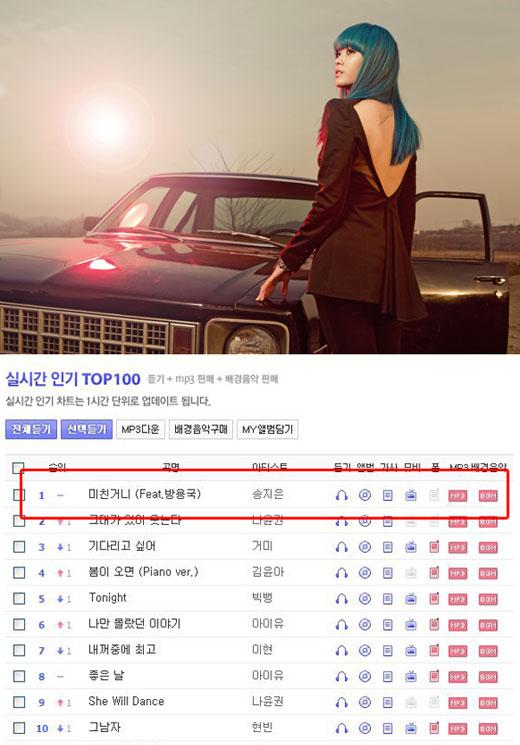 Ji-eun must have wanted to really differentiate her solo work from that of Secret’s going with a little darker and harder hip-hop ballad vibe and blue hair (what’s up with the blue hair nowadays?).  Check out her MV for the song which was also released on the 3rd and stars actress Min Hyo-rin.

Hey Daum, thanks for the subtitles- finally Kpop companies are catching on to the popularity of Kpop abroad. I ‘m digging the song. Love the simple piano, solid bass lines and Ji-eun’s clear and emotive vocals. Yong-gook’s gravelly voice and powerful rap segments create a great counterbalance to Ji-eun’s smooth singing. The video will probably be banned with it’s portrayal of “crazy” love. I’m not sure if it’s about a failed love or psychotic stalkerazziness, something not unknown to Kpop (sasaeng fans, hello). Min Hyo-rin’s emotionless portrayal was kind of scary.

Ji-eun’s solo efforts are definitely off to a great start.  She’ll be having her debut solo performance on today’s Mnet M! Countdown, can’t wait to see if her solo performance is as good as her MV.