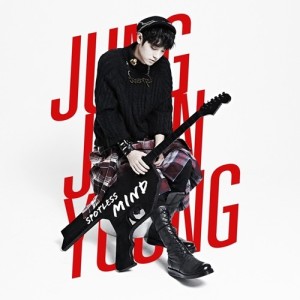 If you watched Superstar K4 you are already familiar with Jung Joon-Young. He placed third in the music competition show but even that amount of exposure was enough to launch him into a full-fledged music career. Although “Spotless Mind” is considered Joon-Young’s debut in the Korean music industry it isn’t the beginning of his relationship with performing and music. Since a young age the guitar-playing rocker boy has wanted to share his music with others and started out in indie music club scene. Luckily for him, a combination of incredible talent, hard work, husky voice, and good looks has finally placed Joon-Young in the spotlight.

For his debut he released two MV versions for the song “Spotless Mind.” Normally when we see multiple “versions” it’s because there is a drama version and a dance version, but that is not the case here. The “N” and “S” versions of the MV both stand on their own and aren’t related in any way other than being for the same song. None of the same footage is used and the feel of each MV is different. It is a lot of work to shoot two completely different MVs but hopefully the publicity was worth it for Joon-Young. Instead of picking one, I will be comparing and contrasting both MVs in this review because of the clear difference between them and the clear superiority of one of them.

The “N” version of “Spotless Mind” is more of an art piece than an MV. From the set, to the outfits, to the dancers, to the lighting, it all oozed artsy energy. What originally looked like a boring white set became something amazing and vibrant when the lights and projected images were added. That transition from plain white to the green lights was what made this MV what it is. Before the lights turned on it look like just another “emotional” MV, but the way the hanging fabric was made into a versatile set changed that. To further add to the artistic feel, the fabric in the bare white room look exactly like an installation you would see in an art museum. They didn’t try to disguise the bareness of the room but rather emphasized it by having lots of wide camera shots which kept it from feeling like it was a stereotypical K-pop “box” MV.

Another aspect of the “N” MV that was special was the inclusion of modern dancers. The addition of someone dancing to the song added another visual layer that wasn’t there with Joon-Young just standing. He wasn’t expressing the song with his body but rather his voice, so the inclusion of the female dancers filled in that hole. The dancers were used as both projected images and as solid people dancing so they were an integral part of the piece of art that was this MV. Each little detail of the “N” version came together to create one feeling, which is exactly what I like to see in an MV.

The “S” version, on the other hand, is more obviously related to the lyrics of the song. Although it certainly still falls into the artsy genre it has the skeleton of a story as well. The girl character is little more than a forgotten memory, as the lyrics express, and likewise she isn’t given very distinguishing features in the MV. Joon-Young spends the majority of the video looking lost and walking, or trotting, aimlessly around the city. Although the buildup was slow, the climax of him joining his band was impressive. The giant light boxes on the water were visually striking and once again brought an art installation piece to mind. This also satisfied my desire to see more Joon-Young actually playing a guitar.

The fashion in both MVs was spot-on. The “N” version had slightly more funky clothing with that couture edge to them, while the “S” version outfits were the epitome of a “fall man” wardrobe. The styles suited the respective MVs and also looked excellent on Joon-Young. If the stylist had gone for a more stereotypical “rock” wardrobe it wouldn’t have matched with the subdued and artistic tones of the MVs. The one clothing item that really stuck out was the black straightjacket, which was a bit shocking visually, but it also made sense with the lyrics about being a “patient.” Even if Joon-Young doesn’t normally wear clothing like he did in the MV it looked natural enough on him that you couldn’t tell. 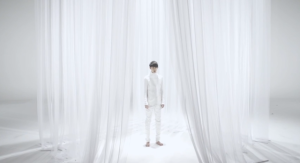 Unfortunately, despite being a perfectly solid MV, the “S” version falls far short of the “N” version as far as impact on the viwer goes. The “S” version was enough like stereotypical ballad MVs to make it a little bit boring. Some people may prefer it because of its comfortable formula over the experimental “N” version, but the “N” MV is by far the more original. We’ve seen an increase in attempts at artistic feeling MVs recently in the K-pop scene, but it took someone outside of that box to do such a concept justice.

In the end, both “S” and “N” are good MVs, but “N” stands out as the much more innovative and interesting. There are lots of break-up MVs with a young man wandering the streets of a city alone, there are not a lot with sets as inventive as the “N” MV. If they had only released the “N” version of the MV, Joon-Young probably would have experienced just as much success. After watching that MV the “S” version feels superfluous and doesn’t bring anything new to the table. However, despite my obvious preference, they were both enjoyable and appropriate MVs in the end. Overall rating: “S” 3/5 and “N” 4/5