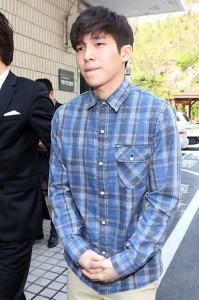 Daniel Choi, member of K-pop group DMTN (formerly Dalmatian) and former MC for Pops in Seoul, has been sentenced to a fine and one year of jail time for his role in distribution and selling of marijuana.

Daniel, along with five others, was first indicted earlier this year in March for selling, introducting, and using the drug. Daniel admitted to all charges and though the prosecution asked for one year of jail time, his lawyers argued for leniency. Unfortunately, leniency was not granted and Daniel will be spending the next year in jail.

On a related note, Cha No-ah, son of actor Cha Seung-won, also received his sentence for his usage of marijuana and was sentenced to two years of probation. His lighter sentence is a reflection of his crimes — usage but not distribution — although some speculate that it is also because of his famous father.

Readers, what do you think about this? How will this affect Daniel and DMTN?