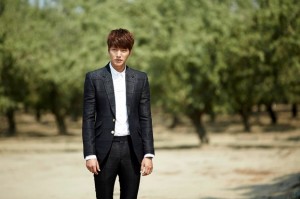 It’s ‘so long’ September and ‘hello’ October with its slew of comebacks and K-drama debuts which will be sure to heat up our quickly cooling Fall season. I’m sure more than a few of us are more than ready to cozy up to the comebacks of some of our fave idols and to episodes of some of the year’s highly anticipated dramas.

It was a best friends trip on Dad! Where Are We Going? with each of the five children on the show bringing along one of their best friends for the latest outing. Yoon Hoo brought along one of his besties, who just happens to be a girl. It was a fun couple of episodes seeing the kids interact with their friends and cast mates. Check out this clip of Hoo and his friend practicing one of his dad’s songs for a talent show night.

Apparently not.  I would have to agree with the YG Entertainment sunbaes that G-Dragon’s Team B had a superior performance to Taeyang‘s Team B on the last episode of WIN: Who Is Next. All the members of 2NE1 and Daesung voted for Team B and only T.O.P. and Seungri voted for Team A. But apparently the fans, disagreed because Team A won in the fan voting by almost three percent. It wasn’t a commanding win because three percent isn’t much, but it was a win for them nonetheless. What could be the reason for their fan voting win? Pity points for them always coming up short in the show, the already popular members of Team A, or do you all think that Team A’s performance was in fact better?

The latest episode of Infinity Challege had the cast members meet up with their partners for the Infinity Challenge Music Festival. Jung Hyung-don met up with G-Dragon at YG Entertainment headquarters and they discussed their plans for their collaboration over lunch at the YG Cafeteria. Jung Hyung-don boasted about his delicious lunch to HaHa who was meeting with his partners Jang Kiha and the Faces, and what happened next… who said ‘there’s no such thing as a free lunch.’ G-Dragon and HaHa both tweeted pics from the day.

There’s been a lot of character development for Joo Won’s Park Shi-on in the K-drama Good Doctor. In the latest episode his character stepped up to help save the day from a criminal. But after helping to save the day once with the help of Professor Kim Do-han and Head Nurse Jo, what would Shi-on do if Cha Yoon-seo were ever in danger? Apparently, an impersonation of Won Bin from Ahjusshi (aka The Man from Nowhere).

Two Weeks was seriously one of the best written action/suspense K-dramas I’ve watched in a while. The story line was tight and fast paced with just the right amount of surprises, twists and turns. One of the best things in the drama was the steady growth of Lee Jun-ki‘s character, Jang Tae-san in the show–it made his transformation all the more believable.  And finally, we get a drama where the good guys learn how to keep up with the deviousness of the bad guys. Child actress Lee Chae-mi was also excellent in her role of Jang Tae-san‘s Leukemia stricken daughter Seo Soo-jin–I’ll expect to see more of her in the future. The last episode threw me for a loop as within the first half hour the biggest conflicts were resolved–making me think the writers had something evil up their sleeves.