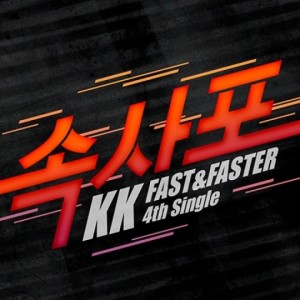 Once in a while, a music video comes along that makes us indignantly cry out, “Chincha? Chincha??” and/or “Otoke??” Or as George Takei might say, “Oh my.” This September, KK (KEIKEI) has won the award for Hot Mess of the Month with his latest music video for the song, “Boys Be . . .”

It’s hard to write that because the thing about KK is that he’s enormously talented. As a part of the underground hip-hop scene, the 29 year old has proven time and again that he’s the real deal. If you close your eyes and just listen to “Boys Be . . .” you’ll be hit immediately with KK’s incredible, undeniable abilities. The guy raps at speeds that recall the best of southern style rap and rap group Bone Thugs N Harmony, pioneers of what could sloppily be called the million words a minute style. No doubt, KK has talent, and it’s no surprise that he’s got a Sony Entertainment contract. It’s inspiring, just like the lyrics, which talk about the challenges of staying true to oneself and trying to be an artist in a hectic, struggling world. His verses are enhanced by Jewelry’s Park Se-mi’s chorus reminding the listener, “Shoot towards tomorrow.”

Meanwhile, the music video seems to be styled after films like Butch Cassidy and the Sundance Kid, which starred Paul Newman and Robert Redford as outlaws. The film is an ode to and mythologizing of the completely charming bad boy bandit duo. Like many Hong Kong cinema features of the same era, it focused on the theme of gangsters and thieves who are wanted by The Law. In many film critics’ books, it is considered a classic.

No one is going to look back on this music video and see it that way. The production opens with the announcement that it is a “Digital Pedicure Production,” paired with some Hanja that may be intended to recall Bruce Lee’s Enter the Dragon. The success of this pun really turns on how the rest of the video goes. Had it been a great video, this slightly weird but witty pun might have been the beginning of a general theme of slightly weird but witty.

A splash screen recalling the Fast and the Furious film series informs the viewer that the title of the DPP is “Fast and Faster,” the name of the single release that features “Boys Be.” KK appears on screen attired as a stylish detective who is presenting his audience with a series of women who are “Most Wanted.” Presumably as part of an advertising ploy, these ladies just happen to also be the members of Wassup, one of the latest girl groups to hit the scene with the theme of “twerking.” Unfortunately, yes, this does mean they bring their Miley Cyrus-style faux-twerks to the “Boys Be” scene.

It’s hard to decide which is this production’s greatest misfortune. Perhaps it’s the appearance of Wassup instead of Park Se-mi. Or maybe it’s that the director seems to have taken the chorus of shooting towards tomorrow a bit too literally, all potential for puns and thoughtful analogies drowned in a sea of automatic weapons. It’s the worst of all so many worlds: lots of unnecessary AK-47s; pretty women holding semi-automatic handguns to their heads; terrible, incapable attempts at twerking and a music video that only has a mild relationship to the song that it’s meant to represent. 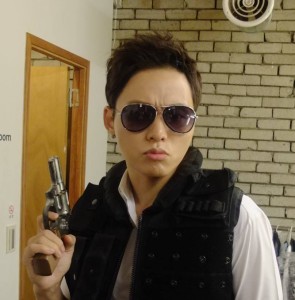 There are all of these things, and then there’s the fundamental setup: KK is the police officer, the newsman, and the enforcer and Wassup are the outlaws. It’s too hard to believe. Wassup don’t seem like bad girl bandits, even when they pose for their mug shots while blowing bubbles in their gum like they just don’t care. They just seem like rip off artists who stole uniforms from the Chicago Bulls while making a poor attempt at some hot booty shaking. Actually, perhaps they’re more than that: the way they grin while shooting their AK’s invites invitations to psychopaths a la Al Pacino’s character in Scarface. Really, they are almost like androids who are programmed to be offensive at worst and talentless hacks at best. Meanwhile, KK actually has the right demeanor to be the bandit, and his lyrics invite the comparison. It’s not clear why the director decided to position him as the good guy.

In the end, that’s kind of a summation of the video: It’s not clear why the director made all of the choices s/he made, but they were very bad ones. Too bad — the lyrics and the sound of the track are decent stuff. On the flip side, it wouldn’t be surprising if this is finally the video that gets a wide audience to notice KK. Wassup seems to have attracted a lot of undue attention, and maybe he will be able to catch a ride on that wave. Let’s hope the strategy works; he’s a talented rapper and one can hope that more attention will lead to more money and better production values for his future music videos.