With the current batch of K-dramas slated to end, it’s time to peruse the next crop of dramas that will ultimately feed our drama addictions. Airing in the month of October, there will be time-traveling, chaebols, housekeepers, and plenty of eye candy. 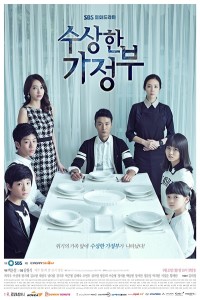 The first episode of Suspicious Housekeeper aired last week, September 23rd, to low ratings due to its competition in the form of Good Doctor. Whether it will gain steam or remain low will depend not only on its plot but also its upcoming competitors.

Suspicious Housekeeper is a remake of Japanese drama Kaseifu no Mita (I Am Mita, Your Housekeeper). The plot follows Choi Ji-woo as a mysterious housekeeper who arrives to work for a grieving family that has recently lost their mother. As the family’s housekeeper, she helps the family heal and reconcile with one another.

The premise may sound tame but Choi Ji-woo’s acting is worth checking the drama out. Her robotic persona sets up an interesting dynamic for the family and I’m curious how her presence will repair the fraying familial bonds.

Marry Him If You Dare/Mi-Rae’s Choice (KBS)

Yoon Eun-hye is back! This time she plays Na Mi-Rae, a writer working in the broadcast television world who is confronted by her future self (played by Choi Myung-gil). Future Mi-Rae travels back in time to give advice and prevent herself from marrying Kim Shin (Lee Dong-gun). C.N. Blue’s Jung Yong-hwa is part of the cast too, but it is not exactly clear what his role is.

If the teaser is any indication, we should be seeing a light, romantic comedy. Marry Him If You Dare begins airing October 14th after the conclusion of Good Doctor. 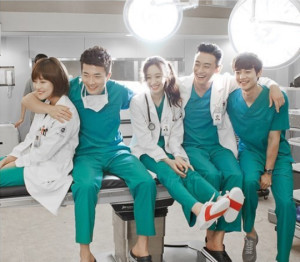 Saving lives and power struggles, who doesn’t love a medical drama? Medical Top Team focuses on a team of doctors at Paran Hospital with the lead being played by Kwon Sang-woo. Sang-woo will be a skilled surgeon who leads the team through their difficult cases. Also starring in Medical Top Team is Jung Ryeo-won, Joo Ji-hoon, Oh Yeon-seo, and Shinee’s Minho.

Everyone and their mother has heard about Heirs by now, but what is it actually about? Lee Min-ho stars as a chaebol son who bonds with Park Shin-hye in Los Angeles only to find out upon return to Korea that she is the daughter of his family’s housekeeper. Of course, that would be too simple of a plot for dramaland so we also have a scheming brother (Choi Jin-hyuk) and a fiancée (Kim Ji-won) to add obstacles for the couple. Also in this star-studded drama are Kim Woo-bin and Krystal from f(x).

Heirs will be replacing Master’s Sun with the first episode scheduled for October 9th. 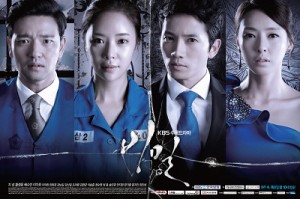 An aptly named drama that follows a man who falls in love with the woman who killed his girlfriend. But, of course, the woman didn’t really kill the girlfriend. Instead, she took the fall for her then-boyfriend. Sounds like Nice Guy reversed. Secret Love stars Ji-sung and Hwang Jung-eum as the ill-fated lovers.

This drama began airing September 25th and will run for 20 episodes.

Riding the success of Reply 1997, cable channel tvN will attempt to recreate the magic with Reply 1994. Reply 1994 will follow three young men, Yoo Yun-suk, Jung Woo, and Kim Sung-kyun as they navigate university. The first Reply did a great job of accurately portraying the time period and creating nostalgia and I have no doubt that Reply 1994 will do the same in its own unique way. 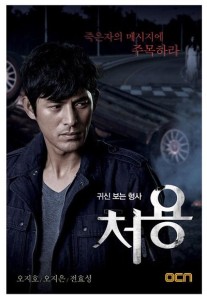 Apparently ghosts are the new trend in dramaland. This time Oh Ji-ho will play a detective who sees ghosts. He solves crimes with his partner played by Oh Ji-eun and a ghost played by Jun Hyo-sung.

The premise is interesting, but similar to Who Are You. Whether Ghost-Seeing Detective can differentiate itself or not will be determined October 6th when it begins to air.