CNBLUE Wants to Know "What Turns You On?" 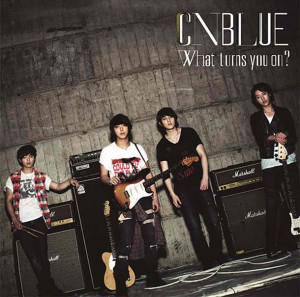 With their latest effort, What turns you on?, CNBLUE has returned to the place it all began for them: Japan. Four years ago, the band formed in Seoul and then headed west, seeking their fortunes on the neighbor’s turf. They debuted with their first mini-album, Now or Never, followed in quick order by Voice, but to little fanfare. Licking their wounds yet determined to come back and claim the victory, they made their way back to Seoul, where they released Bluetory and struck gold. Then back to Japan they went, serving up their first Japanese studio album, Thank U, which fared better than its predecessors. Racking up frequent flyer miles, they returned to South Korea, releasing another hit mini-album, Bluelove. And this pattern of going to and fro between countries has continued for the past few years, resembling one of the longest (geographically and chronologically) Pong match ever.

What turns you on?, CNBLUE’s latest effort and fourth Japanese studio album, makes like the month of March: in like a lion, out like a lamb. Comprised of 11 tracks penned by band members Jung Yong-hwa and Lee Jong-hyun, it opens strong with driving power pop, pop rock, and even a dash of disco funk, returning to tried and true sounds and venturing into new frontiers. But somewhere around track eight, it makes a wrong turn, approaching bad pop rock/contemporary country territory. Awkward and oftentimes nonsensical English lyrics (many of the songs are fully in English) make things a little clunky. Sitll, the good far outweighs the bad.

What turns you on? begins with “Lady,” the Japanese-language second coming of acid jazz legends and mainstays of the worldwide music charts of the ‘90’s, Jamiroquai. This power-pop thumper, firmly rooted in disco-funk, opens big with strident rock guitar and synth over a disco beat, then descends into slick, bass-heavy disco beat that sounds like it’s signaling the return of the Space Cowboy, indeed. “Lady” keeps the energy high and fun, and will lure you to the dance floor. “Let’s go party tonight,” the guys entreat throughout the song. With such an infectious, funky beat, who would pass that up?
[youtube http://www.youtube.com/watch?v=kNn4wR04Qiw] Next, CNBLUE returns to their signature swing beat-pop rock sound that makes many of their songs perfect for Jive Week on Dancing With the Stars. It’s fitting that with track two, “One More Time,” they employ beats and song structures of their past, as the song is about the fellas wanting a do-over in a relationship. 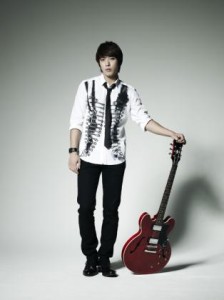 The song opens as CNBLUE songs are wont to do—swing beat and an introduction of the basic melody burst onto the soundscape, then lead into a pared down sound with an expectant combination of rhythm guitar riffs and foot drum. Half way through the verse, the rest of the instrumentation returns and the melody chugs on until a transition into the chorus changes things up. Finally, the chorus comes in, making reference to those few opening seconds of the song. Listening to “Oetoriya” or “Love” will allow you to forecast the trajectory of “One More Time,” but it’s predictability doesn’t detract from it’s fun. This is the CNBLUE we’ve come to know and love. I don’t know about you, but I’m down with that.

“CHANGE,” track three, shares some melodic similarities with Big Bang’s jazzy “Café,” but it’s at the melody that comparisons between the two end. Whereas the Big Bang track is an installment in the K-pop Annals of Cool, “Change” is dynamic and emotional. A pop rock tune with a post-grunge bent, CNBLUE seems to channel the adolescent angst of the ‘90’s and early oughts. With a driving beat, a sweet rhythmic guitar riff bordering on funk throughout the song, and impassioned vocals, this song is a win on so many levels. Where it falters is with its confusing English lyrics. I think the song is about the singer’s new lease on life, as he relates it to a woman, but don’t quote me on that. Once you’ve accepted that the lyrics are a little wonky, you can enjoy the song without being distracted by phases you half understand.

The fourth track is a highlight: “Blind Love.” Originally released as a standalone single back in April, this gorgeous song is a joy to revisit. The harmonious marriage of synth and rock guitar create a lush, romantic sound punctuated by chime-gifted sparkles. The vocals amp the romance up a notch, at times sweet and soft, at times intense and beseeching. A beautiful, U2-like guitar riff accent with its own starry-eyed melody caps off the dreamy sound.
[youtube http://www.youtube.com/watch?v=XcmFrXuf0Ew] “Don’t Care,” the next track on the album, is a bit of a misstep, but with a few redeeming qualities. Sounding like three parts “Barely Breathing” by Duncan Sheik, one part “The Remedy” by Jason Mraz, with a dash of Fin.K.L. horns and incredibly awkward English lyrics, the song, on paper “Don’t Care” looks like a fail (unless you believe that what’s really missing from music is some sort of Duncan Sheik/Jason Mraz/Fin.K.L. hybrid, in which case, enjoy). But what saves the songs is a sunny, delightful melody, strong vocals, heartfelt lyrics, a splashy instrumental sound, plucky strings that give the song levity, and sparkle chimes. (I’m a sucker for sparkle chimes, obviously.) This isn’t the best song on the album, but it’s not bad.

Next up is “Greedy Man.” The singer sees his lady is up to no good and confronts her about her indiscretions, which you may not have gotten from the title. If anything, this song should be titled “Greedy Woman.” Despite that bit of unintentional misdirection, “Greedy Man” soars. With a beautifully melancholic, delicate melody that’s rich and complex, jazzy guitar, light, heartfelt vocals, and brief interludes into subdued funkiness, this one is a winner.

The next track and current single, “Robot,” is exceptional power pop that calls upon its early oughts antecedents—the saccharine pop of the Britney Spears/N’Sync Era, yet incorporates pop-funk elements, synth highlights, and a digital, industrial sound. This song rocks hard, uh, electros hard, and reminds a bit of early Maroon 5. “Robot” is the last track before things start going downhill. Keep the memory of this gem close to your heart.
[youtube http://www.youtube.com/watch?v=0R-Ibg8YB0s] As I see it, the musical inspiration for “Crying Out,” the next track, was “Hotel California” by The Eagles. Where they go wrong is with the current-day elements they’ve incorporated into this classic rock concept, which make the song sound like pop rock infused with contemporary country in a way that resembles bad contemporary Christian music. The beginning of the song, before the vocals drop, is quite beautiful. My recommendation is to listen to this song for no more than 15 seconds. 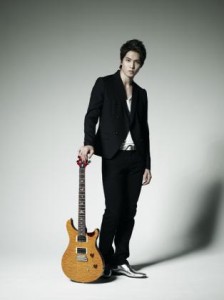 The next track, “I can’t believe,” is a continuation of this pop rock + contemporary country = bad Christian contemporary sound, and things have gone from bad to worse. There are a few bright spots. The melody is bright and inspirational, plus there are sparkle chimes. But saving this song is too hefty a task, even for the mighty sparkle chime.

“Starlit Night,” is an improvement over the previous two tracks. CNBLUE is making its way back to straight pop rock. The hopeful melody, claps, synth-flute/horns, and whimsy give away the Beatles inspiration. The song makes you want to stand in a circle and hold hands with other listeners, swaying and singing along. Note to self: learn what they’re saying so I can sing along next time I hear this.

The album wraps up with “Let Me Know,” which has an incredibly catchy hook. CNBLUE returns to pop rock with a hint of post-grunge. Sounding more like a FT Island track, the song’s got a formulaic, yet romantic melody, driving rock guitar, a steady, unembellished beat but sadly, no sparkle chimes. It’s the chorus that clinches it, though. Even if you don’t remember what the song sounds like, “Let me know, let me know” will stay with you. 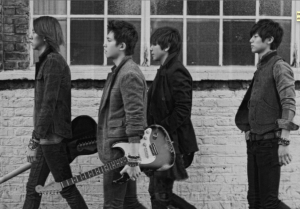 If CNBLUE were to ask me “What turns you on?,” I’d probably tell the “the first half of this album.” They start off strong, incorporating many genres and sounds new and old. The last few tracks falter, but not enough to derail the album completely. With seven great tracks, two so-so songs, and two bad tunes, the summative result is a good album. 3.75/5