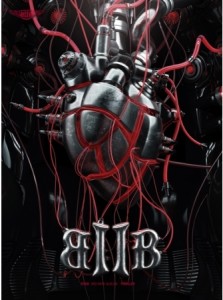 Cube Entertainment‘s latest group, BtoB, an acronym for Born to Beat, recently staged a comeback for newest album Thriller, led by the title track of the same name. Initially, when BtoB first came on the K-pop scene with their debut, I, like many others, quickly dismissed the group, citing their uncanny similarities to label seniors Beast as the cause. Thus, I missed out on their follow-up efforts, and I soon realized that this was a clear shame. It was not too long ago that I first stumbled upon the group’s Press Play mini (led by the title track “Wow“) and their latest “Second Confession” single, and to my absolute surprise, the efforts were executed amazingly. The group not only established a sound that belonged only to them, but they also proved their merits as performers, demonstrating how talented the rising group really was, talent that could have been easily missed due to the group’s nugu status. The group made a fan out of me, and I was anxiously anticipating their next effort to see whether the group could really continue their winning streak.

And when BtoB first teased with their gritty, uber-masculine teaser photos and their slick, gritty music video preview for their pending comeback with “Thriller,” fans were absolutely thrilled, expecting a very intense comeback with an equally intense song to match with the concept the group laid out. Unfortunately, the group’s “Thriller” didn’t manage to deliver as well as BtoB’s other singles. The comeback itself had it moments of glory, but there were pretty fatal misses in terms of execution that detracted for the overall experience.

Taken apart, each of the song’s components were sufficient, from the song to the execution and even the music video. However, something went wrong when attempting to fuse the components together; instead of making the polished and slick comeback fans were hoping for, it made for an overall jumbled and confused comeback from the group.

To start, there’s the song itself. To be honest, “Thriller” is a decent song. It doesn’t really stand out from BtoB’s discography, but it’s far from being outright bad. The strings blended well with the light use of synths to create a very dynamic backing instrumental for the group to easily work with, carrying a slight sense of wickedness the group needed to tie the effort together. Its verses were carried well by the members, and Minhyuk and Ilhoon‘s rap sections are actually very well inserted, contributing significantly in giving the song its sense of urgency, being some of my favorite sections of the song. Moreover, the pre-chorus bridge was absolutely perfect, having a sense of sinister darkness that matched the song’s concept amazingly. 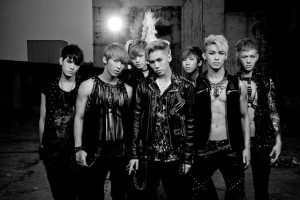 My main complaint with the song itself, though, is its lackluster chorus. The first half of the chorus was acceptable, making pretty good use of the momentum the pre-chorus built for it. However, as the chorus continued, the song started to drag significantly, permanently disturbing the song’s momentum. Plainly, the chorus ended up a little too long, to the point that whatever suspense the song built faltered as the chorus kept going. Consequently, due to the chorus’ rambling nature, it wasn’t able to be as climactic or as catchy as it should have been, and this detracted from the song’s overall quality considerably.

My other complaint with the song is the lack of connection between the song and its concept. It’s become pretty evident in the K-pop industry that a group’s song is mainly just a vehicle for whatever concept the group is pushing for, leading to a bit of disconnect between the concept and the actual song. That disconnect is unfortunately pretty evident in “Thriller.” Despite the stellar pre-chorus and the slight sinister touches in the song’s instrumental, there is little else that ties the song with the concept the group was going for.

While I usually am a fan of high-energy and dynamic comebacks especially for such an active group like BtoB, the song seemed a little too lively for its graveyard-themed concept. It lacked a forbidding and somber quality that usually comes with horror-themed efforts, creating a jarring effect that not only confuses a listener but also makes it hard to take the effort as seriously as it should have been.

Similarly, the song also felt a little too polished and clean for such a gritty and uncompromising concept, for the members’ vocals were a little too clear and emotive for the supposedly unpolished and overly masculine concept. This is probably why I thought the rap sections actually worked for the song; they had an aggressive belligerence to them that fit the concept the group was trying to convey. While I laud the group for their endless vigor and energy, a more reserved and menacing approach would have been better suited to channel the intensity the group needed to pull the concept off. 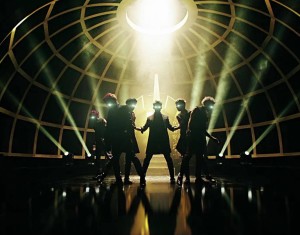 And if the song didn’t match its concept, likewise, “Thriller” didn’t fully match its accompanying music video as well. The music video for the song is actually an interesting case. It went with the horror-themed concept by mainly placing the boys of BtoB in a graveyard and what appears to be a morgue. The members are dressed predominantly in black, styled with heavy eyeliner and fake tattoos.

Admittedly, I thought the set was a little too juvenile and shabby and that the members looked a little too tame and polished to be lurkers of the night like they were supposed to. I mean, if they were aiming for a horror concept, they may as well go all out, dirtying the boys to convey the aggressiveness and the menace the concept called for and calling on a more believable set to use.

Nevertheless, aesthetically, the video was at least on the right track. Despite featuring a color palette that was a tad too vibrant, its use of shadows was pretty effective, and while the props were a little predictable, they were able to convey their point. Furthermore, the glowing eyes was a pretty cool effect to use, matching the concept and enhancing the video exponentially. Their occurrences were very timely and masterfully used, as the effect was only used during key moments of the members’ choreography, putting focus onto those winning moments.

However, watching the supposedly horror-themed video accompanied by the upbeat song proved to be a pretty conflicting experience. It created a misfitting atmosphere to experience the music video, and in terms of execution, it made the members’ somber and serious expressions out of place and almost exaggerated. The only member that benefitted from the startling contrast between the dark music video and the fairly upbeat song was Ilhoon, whose crazy-eyed execution proved to be a clear standout. 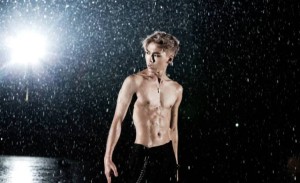 Remarkably, his psychotic grins and excitability actually managed to achieve the best of both worlds, for they matched the song’s unrelenting vibe yet also catered to the horror aspect of the concept and video. It was an outstanding feat, and if all the members were to have followed suit and utilized a similarly psychotic approach, it might have actually been able to forgive and even make use of the sharp contrast between the song and video.

Nevertheless, “Thriller” is a sufficient, if slightly misdirected comeback for the boys of BtoB. Despite its shortcomings as a whole, when judged separately, the elements that made it are more than acceptable. The song has an energy that one can easily attribute to BtoB, and the members surely carry the effort well, proving their talent as a rising group. While it’s not their best comeback, “Thriller” still delivers, and it gets a 2.3/5 from me.