BtoB Writes Their Own "Thriller" 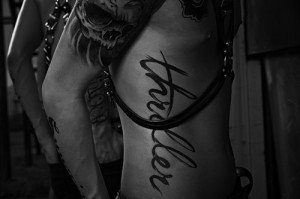 Five months after the release of “Second Confession” which featured the cutest yet stupidly corny pick up line in recent K-pop years (“I’ll be your shoulder strap and you can be my backpack” for those who have forgotten), BtoB or Born to Beat is back. This time, the septet are back with a mini-album, Thriller.

For those who didn’t pay attention to them at debut, they could have easily slipped your radar. They debuted with “Insane” and were quickly given the nickname as the poor-man’s Beast. Aside from this, they debuted when SHINee made their long-awaited comeback with “Sherlock,” and sharing their debut date with such a force in K-pop is hard. Thus, they remained a small blip on the radar with their follow-up, “Irresistible Lips.”

It wasn’t until the release of “Wow” and it’s accompanying mini-album, Press Play, did they find their stable ground. With “Wow,” not only did they find a sound that was their own and different from their label mates and contemporaries, but it also highlighted the general energetic members and their fun attitudes. And I use the term ‘energetic’ loosely for anyone who has watched these seven guys on a variety show knows how crazy things can get — Chang-sub rapping about his skin (or staplers or anything really) is as relevant to BtoB as the existence of Jung Il-soon. 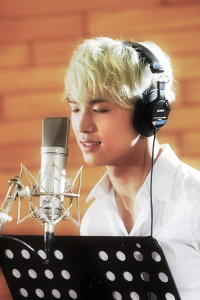 While it’s been a year since their last mini-album release, the boys kept in the spotlight. Il-hoon not only landed a regular role on Weekly Idol, he’s credited as the creator of the Gwiyomi syndrome, featured in Hyuna’s “Unripe Apple” and 2Yoon’s “Nightmare” as well as a featuring in G.Na’s “Oops.” Min-hyuk became known for both his athletic prowess and his time on Romantic and Idol 2, Peniel became an MC for Arirang’s Pops in Seoul and Eun-kwang landed a role in the musical, Monte Cristo. Members Min-hyuk, Hyun-sik, Chang-sub and Sung-jae also had supporting roles in Monstar.

This all kept Melodys occupied as the Btob members went to work with this comeback. This album has the member’s fingerprints all over it, with the members contributing for all tracks but “When I Was Your Man.” And it is not just limited to rap making but also compositions, something that came earlier than expected for the group under Cube Entertainment. It’s because of this that my interest in the comeback intensified, wondering just what kind of music would we get from Hyun-sik, who is the main contributor apart from the rappers who wrote their own raps.

Thriller opens with their pre-release track, “When I Was Your Man.” At first listen, one already knows that this will be an overall classy and soft, laid back track. As the opening track, while it does not bring a punch, it does ease our ears. The voices of the boys coupled with the pianos are pleasant to the ears. As one goes on through the song, it makes one wonder how the shift to the rap will be, because it would be a waste of a good song if we got an awkwardly placed rap as is custom in K-pop. Surprisingly, the shift to Il-hoon’s rap had a good flow going into and out of it. His rough rapping voice made for an interesting contrast with the laid back music. Additionally, Min-hyuk’s rap was coupled with that piano that plays throughout, and is also an interesting contrast.

The song is of a man looking back at a past relationship, and reflecting how different he is now. While it is suggested that the girl cheated on him, it isn’t the focus of the song. Rather, it focuses on the feeling of freedom and the chorus further highlights the contrast. While with the girl, he had felt as if he had to give up freedoms such as friends for the girl, he is now able to spread his wings and just have fun now that they are apart.

After this classy tune, our senses are then bombarded by all that is “Thriller.” The shift is surprising and sudden and before one’s ears could adjust to the sudden loudness after the soft “When I Was Your Man,” Il-hoon tells us to pack our bags as they tell us of that time they resurrected from the grave.

Let’s get this out of the way — Peniel got to sing Korean lines! Now that is done, the lyrics have got to be the best I have ever gotten from BtoB, and maybe Cube as a whole — save for “Fiction” which will forever remain their crown jewel I suspect. The lyrics read like one of those confusing epics written in verse that you’re forced to read in Literature class. Okay, that may have been an exaggeration, but considering that BtoB usually has very straightforward lyrics, the lyrics came as such a surprise. It really seems like a story being told. Also, plus points to Il-hoon for the Don Quixote reference that actually fits within the song.

The backing instrumental just highlights the lyrics, making this a dynamic song. The rap sections were inserted quite well and throughout the song and added the rush that was building. There was an a climb to the climax, which I consider to be Minhyuk’s rap. There is a sense of urgency that is pulsed in the song, almost as if BtoB wants us to be in the story with them.

While this track may not be underlined by the energetic natures of BtoB but rather is carried by their theatrical selves, it’s quite enjoyable. It is a far cry from BtoB circa 2012 and “Second Confession.”  “Thriller” seems to be the story of a fallen knight coming back to life to finish their mission of saving their princess. It is a song that focuses on that rush they get as they rise from the grave. Who cares if the knight has come back a little bit crazy? 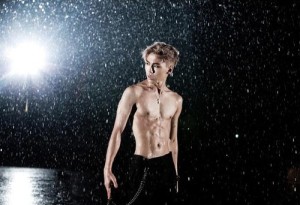 After the dynamic “Thriller,” we then move on to “Why.” It is an RnB influenced track that tells the story of a man who has realized that his lover has no feelings left for him. It’s a track composed by Beast’s Ki-kwang and BtoB’s Hyun-sik with lyrical contributions from both the composers and Min-hyuk, Il-hoon and Peniel. It’s a decent song — it doesn’t scream title track nor is it boring to the point that it is a the quintessential filler track. In fact, the combination of that weird synth at the beginning that underlies the whole song and the piano and guitar was interesting. I’m not sure if I like it or not, but it was intriguing.

“Catch Me” is a song that is focused on the feelings one experiences that moment he falls in love. Again, another interesting reference by Il-hoon where he asks Jesus to give him Venus. From the lyrics, that line in his rap really stood out to me because I’m not sure if he really is asking that or if it is a line to underline the desperation we get from the lyrics. This an energized serenade and is the most filler we get from this mini-album.

If “Catch Me” was an energized serenade, that “Like a Crystal” is the actual song you would want to serenade your lover-to-be with. It is a song largely carried by an acoustic guitar and is reminiscent of “Monday to Sunday.” In an album like this, it sounded the most like a BtoB song, reminiscent of their releases in 2012 while having an identity of it’s own.

And the last track is one that just screams lullaby material. “Star” samples the bars of the famous nursery rhyme, “Twinkle Twinkle Little Star,” and without the song sounding corny in any way, this is the most romantic song of the album. As the slowest song of the album, it is the most ballad like without it being a boring ballad. The lyrics basically compares their girl to a star that is unreachable. Composed and lyrics written by Hyun-sik with raps by Il-hoon and Min-hyuk, this is the better of two contributions from Hyun-sik. Who knew one could take such a familiar nursery rhyme and transform it into such a romantic song. 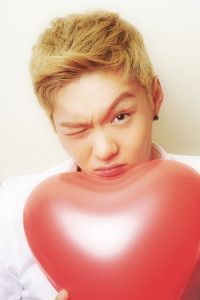 It is with “Star” that Thriller closes. While each track is somewhere along the decent to strong scale on its own, the mini-album would have been better if the arrangement of songs were different. For an album that almost follows a story, it would have been better if “Catch Me” had been the opening of the album. From this moment of falling in love, the album could then have told the story until they broke up — “Like a Crystal” could be the second track, “Star” for track number three, “Why” as that pivotal point where it all breaks down then back to “When I Was Your Man” to conclude.

But then where does “Thriller” fit?

Ultimately, it’s hard to fit “Thriller” anywhere in the narrative of the album because it sticks out like a sore thumb. It’s lyrics are not about love, at least not in the same sense as the other songs of the album. There is a sinisterness in the lyrics and a sense of urgency that the title track does not fit it’s album at all. If one were to force the track in, it could be placed just before “Why.”

That “Thriller” is a sore thumb is my main problem with this album. Cube is quite good at building an album around a title track and BtoB’s mini-albums are all quite sound in terms of arrangement. Apart from this small complaint, it was a rather good album and I give it a 3.3 out of 5.