There Are Flower Boys Among Us in "Secretly, Greatly" 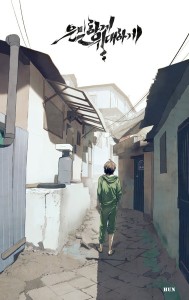 It’s the highest single-day grossing domestic film, surpassing previous record-holder, 2006’s The Host. Fastest film to 1 million viewers. Then 2 million. Then 3. Then 4. Biggest opening weekend. Secretly, Greatly burst out of the gate to become the 4th highest-grossing film in South Korea in 2013, to date, and is currently in 18th position on the list of highest-grossing domestic films.

Based on the 2010 hit webtoon Covertly by Hun, Secretly, Greatly follows the life of sleeper North Korean spy, Ryu-han, played by Kim Soo-hyun. Ryu-han is part of an elite group of soldiers, Unit 5446, trained since childhood to be ruthless fighting machines and loyal to an unquestioning fault. He is deployed to a small rural neighborhood in enemy territory, where he hides his identity behind the grinning face of the village idiot.

Calculating every pratfall and scheduling every embarrassing public bowel movement, he passes the time by working for his granny landlord at the local convenience store, observing the village inhabitants and writing letters to his mother back in the North, letters which remain unsent and hidden in his floor. Two long years pass with no mission assignment in sight, by which time Ryu-han is joined by two more agents, Hae-rang (Park Ki-woong), posing as a wannabe-rock musician, and Hae-jin (Lee Hyun-woo), posing as a high school student. As the three become more involved in the day to day life of the village, a secret and great mission finally comes: to avoid capture by South Korean authorities, and to preserve the political reputation of the North, all sleeper agents are ordered to commit suicide.

Secretly, Greatly owes many of its distinguishing features to other sources. It is reminiscent of another notable flower boy martial arts action drama-comedy: 2001’s Volcano High, which also made a big splash when it premiered. It borrows heavily from Hong Kong kung-fu flicks in its portrayal of characters possessing nearly superhuman fighting abilities, including flying up the sides of buildings, supported by wireworks. Son Hyun-ju, of K-drama The Chaser fame, lends the film credibility with his role as Kim Tae-won, the commander of 5446. Oozing danger from every scar and glance, he brings a mature gravitas and intimidation factor, balancing the youthfulness of the 5446 agents.

Let’s face it, though. The audience came to see one thing: flower boys kicking ass. 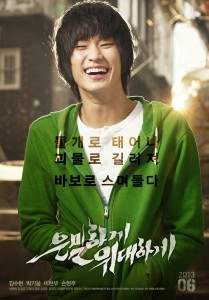 Committed Ryu-wan. Smirky Hae-rang. Impressionable Hae-jin. The strength of their individual performances is multiplied by the bromance factor to become exponential. Kim, with his uncanny ability to flip back and forth seamlessly from slapstick to serious, is clearly the star. However, being no stranger to ensemble performances, he adeptly shares the screen with his castmates. As Ryu-wan is drawn deeper and deeper into his alter ego’s life and community, he also draws Hae-rang and Hae-jin in with him. Kim’s magnetic and commanding performance teases out greatness from the other two, showing him to be a leader both onscreen and off. 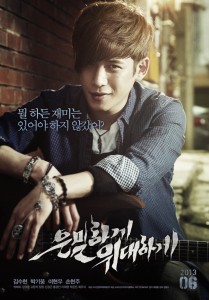 As if to remind the audience that these spies aren’t just pretty boys, the film loads on the action. But no matter how many times the boys are shot, stabbed or punched, they remain, well, pretty. At this point, the audience’s suspended belief in this world, where super spies can leap off buildings and defeat multiple opponents in hand-to-hand combat without light, is thrown out the window. The action scenes begin to drag on interminably, as plausible reality is stretched far past what it can bear. One can only be shot so many times and still remain alive and in fighting condition, and what was viewed as awesome in earlier acts is now farcical. Despite these Act 3 stumbles, Secretly, Greatly is a solid, if not so complicated, ensemble piece, where the pieces come together to make an appealing, humorous, action-packed and entertaining whole.