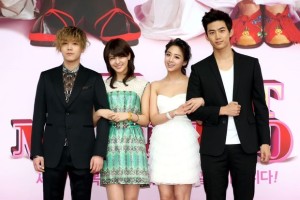 We Got Married Global is a spin-off from popular variety show We Got Married, where stars engage in pseudo-marriage life. This spin-off features celebrities from different countries paired together: Korean idols Taecyeon and Hongki with Taiwanese Gui Gui and Japanese Fujii Mina respectively. The cultural differences between the couples added more to both their interactions and the viewers’ understanding as well, an issue covered in part 1 of this series. But cultural exchange isn’t the only aim of the show, and the second and last part focuses on this aspect — money.

To start off, there’s the show itself. The stats on online Chinese media giant iQiyi averaged a whopping five million views per episode, roughly about the views that top variety shows like Kang Xi Lai Le achieve per episode. In total, that’s about a minimum of 75 million views for all episodes in total, let alone the view count for the extra behind the scenes footage. Needless to say, the show has been pretty well-received in most of the Asian countries where it has been shown.

In the wake of WGM Global’s runaway success, Taecyeon and Gui Gui’s duet, “I Love You,” (above) topped the iTunes download chart in Taiwan. Fujii Mina landed a spot in Shinhwa’s music video for “This Love” and an emcee-ing gig for Bucheon’s International Film Festival in Korea in the space of two months. For an actress who was mainly based in the Japanese market before this, that is pretty good.

Variety shows and dramas help to improve the popularity of idols, and this isn’t a new piece of information by any means. Dream High, for example, skyrocketed Suzy‘s popularity, and Jo Kwon’s hard work on variety shows helped to put 2AM on the map. Upon the return of any K-pop group, it is perfectly normal for their members to book slots on variety shows (YG groups have recently become the most obvious example of this — Big Bang‘s comeback resulted in them appearing in places like Running Man, Strong Heart, and Yoo Hee-yeol’s Sketchbook, among others) to promote their albums.

This isn’t unique to K-pop culture either. Appearances on the Tonight Show with Jay Leno and the Ellen DeGeneres Show in America are important for singers to get their name out there, as are variety shows like Happy Camp in China and Arashi no Shukudaikun in Japan. 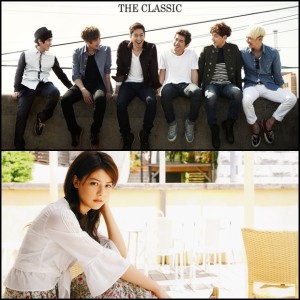 The key point is that in the K-pop world, this perceived personal relationship with idols is more central to the K-pop movement as compared to, say, American pop music. I’m not downplaying how much Directioners, Beliebers and the love-obsession fan communities have for their artists, but for K-pop idols, personality is their bread and butter, what really shoots them into stardom. And it shows itself in really strange ways in the sales figures. The OST “I Love You” isn’t a good song by any standard. It’s gimmicky, campy and not very professionally done up. But it sells in Taiwan, where most Chinese music is downloaded illegally.

WGM Global is, if you think about it, an extremely voyeuristic program that demonstrates this yearning for personal identification with idols well. Gui Gui’s ethnicity as Chinese, though she is a Taiwanese national, is definitely a key reason behind producers casting her. This helps the show appeal to a largely untapped consumer market. Comments on Chinese boards mostly show a large degree of affection for Gui Gui and have lively debates about communication in such a cross-cultural marriage.  Gui Gui, for the mainland Chinese market, the Taiwanese market and the Hong Kong market, becomes a female lead that Chinese people like and can relate to. This personal identification, perhaps even fantasy about what married life to a K-pop star like Taecyeon or Hongki is like, is what has driven the explosive popularity of We Got Married Global in China and Taiwan. 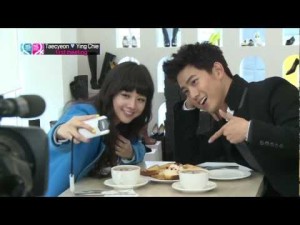 There’s a fascinating logic behind the marketing of personal relationships at the heart of K-pop and most Korean media products marketed as part of the “Hallyu” wave. It is both immediately enthralling, as in WGM Global, where people tune in to witness the intimate workings of a relationship, the line between who the actors are and who they play in the relationship. But it is also cold, that media companies can grasp so well what consumers want it and feed it to them so well we don’t realize how strange this is — to have our fantasies acted out by a living, breathing pair of people. These living, breathing people are acting in a way that fans hope reflect a fair amount of their own personality. This is marketing targeted razor-sharp to a specific demographic, playing on cultural and social desires. K-pop does it devastatingly well.

The word “idol” sums it up the best. In K-pop, economics and personality, whether real or manufactured, cannot be separated. WGM Global is another example of how well K-pop is positioned to ride the wave of cultural globalization, or interaction with other cultures. It becomes like a mirror, reflecting exactly what it thinks our innermost  desires are.