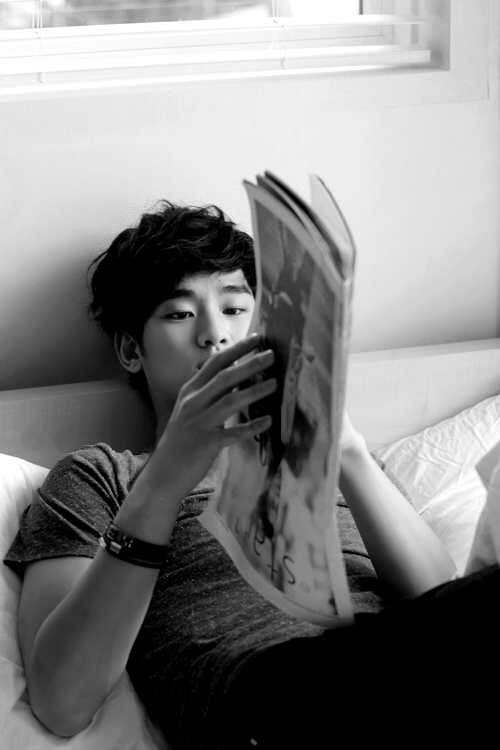 So this Kim Soo-hyun guy, heard he’s this lame-o that nobody likes?

Apparently, he starred in this unpopular drama called “The Moon Embraces the Sun,” some indie flick called “Thieves,” and played some dude called Sam-dong in a tweeny drama called “Dream High”? Now he’s acting in some movie that saw 6.9 million admissions in the two months since it opened?

No? I got it all wrong? Kim Soo-hyun is actually a great actor who’s bagged memorable role after memorable role? A fresh-faced youngin with endless potential who can also do a mean dog bark?

Oh right, now I remember. Dog-barker Kim Soo-hyun debuted unspectacularly in 2007 with the daily family drama “Kimchi Cheese Smile” and there was not a whiff of Kim Soo-hyun Fever in the air. Yet.

It wasn’t until his stints as the younger counterparts to Go Soo and Park Sang-min in “Will it Snow on Christmas?” and “Giant” respectively did the young lad grab some attention from young fans and sleepy ahjummas throughout the land.

Compared to most actors his age, Kim doesn’t have an extensive resume. He didn’t act in many dramas (one family daily, two dramas as the younger counterparts of the protagonists, two small drama specials), but he was, by luck of the draw (or size of his agency, whatever), able to shoot to main lead status through 2011’s “Dream High.”

The first installment of “Dream High” wasn’t a runaway hit like Kim’s other projects turned out to be, but it had a decent following (the final episode broke 20% ratings in Seoul), and it garnered him a lot of positive attention.

More importantly, it made him bankable: since 2011, Kim Soo-hyun has had more 20 endorsement deals with major labels like SK-II and Canon, as well as household ones like Cass Beer, Domino’s Pizza, and Bean Pole, among others.

With his combo of acting chops and bankability, it’s not surprising that his first major silver screen project is “Thieves.” Though his role was minor, prior to joining “Thieves,” Kim had only acted in three movie shorts (“추억여행,” “Cherry Blossom,” and “최악의 친구들”), so it’s been most of his drama work that carried him to stardom. 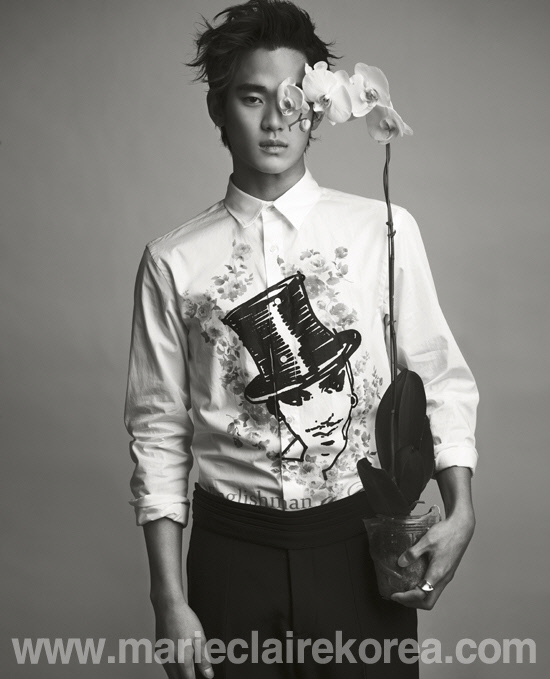 Kim Soo-hyun has a nice earnestness to his acting that doesn’t feel overdone, and his ability to be flippant and perfectly boyish makes his characters relatable and easy to like. Take his Sam-dong character in “Dream High,” for example. The character is borderline over-optimistic, a little too puppy-ish at times, and these traits could’ve made the character a little too much had he been played straight by a less nuanced actor. But Kim balanced goofy with vulnerable at all the right times, so while we were supposed to like Sam-dong anyway because he was a good protagonist, he made Sam-dong unforgettable in what was basically just a high school coming-of-age story.

Although “The Moon Embraces the Sun” is a drama best left forgotten, Kim Soo-hyun was able to inject a nice humor and roughness into his Lee Hwon. He did the best he could with a limited character in a very limited story, but even then, his likability carried him far.

Kim’s very good at interjecting a heavy slapstick goofiness into really heavy characters, and then switch on his dramatic chops at the touch of a button. His character portrayals feel lively and intuitive, which makes him easy to watch on screen, even if his characters are under the most stressful and melodramatic of situations.

Kim Soo-hyun’s latest project “Covertly, Grandly” (“은밀하게 위대하게”) opened in May, and had since gone on to to sell tickets to more than 6.9 million viewers. (Compare that with “Thieves,” the Ocean 11-esque blockbuster from last year, which totaled 12.9 million admissions for 2012.) In the film, Kim plays a North Korean soldier whose mission is to infiltrate a small South Korean community in order to learn its secrets, but is called off the mission and has to deal with displeased superiors.

He’s currently considering his next drama project, “Man From Another Star,” where if he were to take the role, he’ll be playing an alien (!) that time-travels to the Joseon period (!) and then lives through to present day, where he’ll fall in love with an actress (!). I don’t know how many more exclamation points you need to be convinced, but if that doesn’t sound awesome I might just have to revoke your K-drama club badge. Jeon Ji-hyun is in talks to play the female lead, which is amazing news since the two had ridiculously great chemistry in “Thieves” and have some, um, shall we say “unfinished romantic business” to take care of.