(Continuing in the second part of our “I Love K-pop” series, we take a look at the performance aspect of K-pop.) 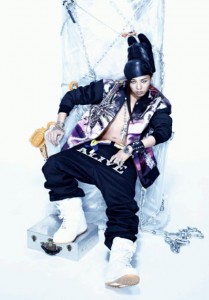 There is a lot to love about K-pop, but one of the biggest parts of the genre that is different form other pop music is the performances. Whether it be the way an idol interacts with the crowd or how the group dances together, let us share a little bit of our appreciation for K-pop performance with you.

Miyoko: One thing I love about K-pop is its high-quality live performances. More often than not, idol groups deliver energetic stages that are flat out awesome to watch. Then there are those groups that take their live performances to the next level and create something that is an artistic expression itself. This is not something special to K-pop; while performance was recognized as an artistic medium in the 1960s, its utilization has been recorded throughout history. However, it is something to appreciate in K-pop because idols perform live a ridiculous amount in their careers.

Let’s talk about the definition of “performance,” which is nebulous at best. For the purposes of this article, I am not talking of performance that is solely a display of skill, such as juggling, but rather a conscious expression of an idea through live performance. In K-pop, we see many incarnations of the same idea through music, dance and MVs. Live performances are another facet of that, often pulling everything together to create a shared experience with the audience. A group like Brown Eyed Girls who have an array of complexly-themed songs, combined these elements for their “Sixth Sense” performances to convey an idea that even the lyrics say is “more than music.”

The individual body of the performer remains at the core, of which we’re often reminded in K-pop through choreography. A recent example would be VIXX’s “Hyde,” which not only has a technically intense dance, but also contains movement that shows an emotional arc. While the set adds a gothic feel, the focus is on the body. This is obviously good for the commercial aspect of K-pop, but such choreography also serves to emphasize live, human emotion.

I don’t imagine K-pop idols to sit around thinking about performance theory — their goal being to heighten audience enjoyment — but that doesn’t mean their lives are any less creative. It is the idol’s job to assimilate the ideas of the composer, choreographer and company with their own, and freely express this to an audience. Each performer puts their own stamp on a performance; while a different group could execute the same moves: like Exo covering SHINee’s “Why So Serious?”, the feel is completely different.

Big Bang is an example of a group that has a signature performance style, both as a whole and individually. For instance, their stages for “Love Song” haven’t been particularly “spectacular” in terms of props or choreography, but they show how pedestrian, repetitious movement can convey individuality, group cohesion and build of emotion. Their stages illustrate how each movement is interpreted by each member, and then how thoughtfully they culminate to create a full performance. G-Dragon in particular, often talks about the process of his concerts, and how he treats them just as artistically as his compositions.

Looking at American theatre director Joseph Chaikin’s definition, presence is the “quality that makes you feel as though you’re standing right next to the actor, no matter where you’re sitting in the theater.” Chaikin is speaking of actors, but this applies to all performers. While a word like “charisma” implies a one-sided magnetism, presence is something a performer shares. When B.A.P’s Himchan spoke of their US tour, he said “It seemed like fans were really dancing with us, rather than just cheering for us.” That is an example of the give and take of presence; the audience creates the moment as much as the performer. For B.A.P in particular, as is evident from our chat about the tour, their presence is palpable precisely because they share so much of themselves with the audience during performance.

Admittedly, it’s difficult to get the full effect if you’re watching through a computer, but performance skill can come through a screen. All those moments when idols play to the camera during music shows is their attempt to connect with the audience at home, and the fact that they can direct their energy to multiple layers of an audience is impressive. Someone like SHINee’s Key is particularly good at this; he can spontaneously respond when a camera is directed at him, giving the viewing audience the same attention he gives the live one. 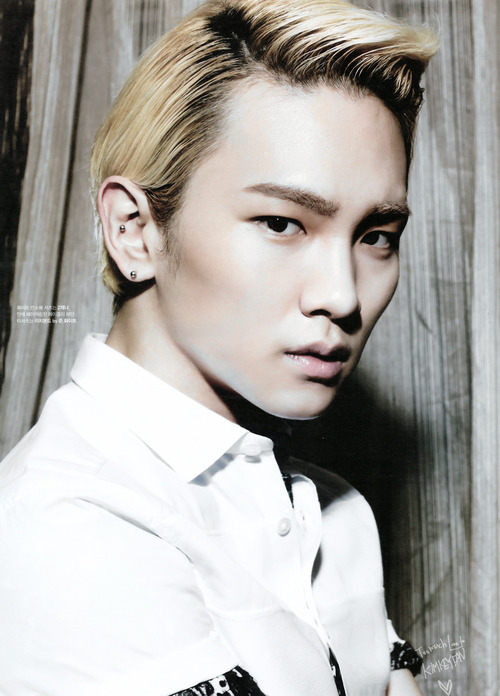 Lindsay: Now that we’ve talked a bit about what makes K-pop performances special, let’s talk about the specific area of K-pop performance that stands out to me personally: the dancing. There is nothing in the Western pop scene that compares to a perfectly choreographed and executed performance of five or more people on the same stage, and when you take it up to seven people, or even thirteen people, the level of synchronization becomes incredibly impressive. This group dancing format is one of the biggest differences between Western pop performers and K-pop performers.

As Miyoko mentioned, VIXX’s “Hyde” is a perfect example of a K-pop performance where the dance plays an integral part. This choreography was dramatic and theatrical, which fit perfectly with the song, and the dance moves themselves expressed the lyrics. Not only that, but every aspect of the dance was enhanced by the use of two different colors of outfits and the gothic stage makeup. Although the outfits are excellent on their own, it is the fact that they’re clearly meant to emphasize the duality of the dance sections that is even more impressive. A perfect example of this is the final move of the choreography when half of the members “steal the life” of the other members in a dance move that completely captures the essence of the dual-personality concept.

An ode to K-pop dancing wouldn’t be complete without a mention of Shinee and their choreography for “Sherlock.” In general, Shinee is known for their complicated choreography and their ability to execute it almost flawlessly. From their unforgettable “Lucifer” hand-cuff dance to the impressive “Dream Girl” dance with mic-stands, Shinee always manages to stand out from the crowd when it comes to dancing. However, it is “Sherlock” that’s prominent for being a dance that’s meant for performance.

The dance stands out so much more than the song for me that I wouldn’t even think to listen to it without a video of them dancing to it. The choreography played off of the detective theme with abstract hand motions imitating cameras and spyglasses, but it wasn’t in a corny way. Each step of the choreography blended into the next seamlessly so even a tiny misstep in timing would be disastrous. Most importantly, the dance included lots of moves that called for team work and collaboration between the group members. This dance would be useless without a large number of people, which means it would never work for a soloist performing.

Both of these examples share a very important commonality: the amount of member interaction, and the amount of teamwork in the overall choreography. This is one of the things the large group dances in K-pop allow for that you don’t see with most pop artists in the Western scene. The ability to create a dance that incorporates multiple people moving in a seamless, synchronized way is an art form in and of itself, and the ability to master and pull off such a dance convincingly isn’t any less of one. There are so many groups in K-pop that perform excellent choreography with their single releases that it is something that can be taken for granted, but it only takes one quick foray into US pop music to remind us why dance performances in K-pop are so important.

There are many aspects that go into creating a great performance, and dance is just one of them. From the outfits, to the facial expressions, to the group’s energy on stage, there is no shortage of elements that are combined to create that amazing final product.

We’ve talked about some of our favorite performance aspects, but what are yours? Please share them with us in the comments!