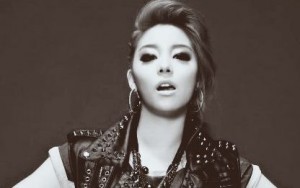 We’ve all imagined idol group shuffling, where members get exchanged for some dream, interesting, or just downright wacky new groups. But what about solo artists? What if they had the choice to join groups? Would they go for something that they’re right at home with, or try something entirely different?

There’s no secret that Ailee wouldn’t mind being in a group. Ailee has stated in interviews that she gets lonely at times and thus would love being in a group. Ailee named 2NE1 as the “dream” group she would like to be in. While Ailee’s powerhouse vocals and fluency in English would certainly help out 2NE1’s foray into the US (and the thought of listening to her in songs like “I Am The Best” and “Falling In Love” are highly entertaining), there is another group more tailored to her skills. Imagine if you will, Hyorin and Ailee the powerful juggernaut vocals of Sistar’s music, with Dasom and Soyu providing supportive transitions with their lighter voices. Ailee’s addition into Sistar would not only improve the already excellent vocal quality of Sistar, but also bring some more diversity in terms of the rapping. Bora and Ailee can share parts, which will either bring more exposure to Bora or force Starship to give Bora some singing lines.

While a little behind on the timing, IU’s maturity from (bubblegum) pop to more serious songs really strikes a tune with Girl’s Day’s transition to “Expectation” and “Female President.” Girl’s Day has always been one of the girl groups with better line distribution, so including IU in the mix will not leave her overshadowed or underrepresented at all. IU’s voice brings another layer to Girl’s Day’s vocals, with her higher register meshing well with Minah. IU’s distinct voice will also provide a blend from members like Sojin and Yura who have lower voices. The primary difference that would result from being in a group like Girl’s Day is the outfits in MVs which are more revealing in contrast to IU’s more conservative outfits. All in all, IU’s unique voice and charm could help bring Girl’s Day into the spotlight with the recent releases. 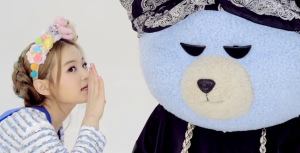 When first brainstorming this topic, Ailee and Lee Hi were the first two that came to mind. Ailee easily found a home with Sistar, but for Lee Hi, something was different. Her rich voice certainly appeared to be a valuable asset and could appeal to any group, but when you look at her music, it is so very much “YG” that it was difficult to think of a complementing group. A group like Brown Eyed Girls would bring challenges for Lee Hi as she tackles different genres, but joining 15& would accentuate the distinct voices of the girls already in the group. Something not yet mentioned thus far is age, which Lee Hi not only fits in age-wise, but also by the age of their careers, both having debuted in October of 2012. This also was the more interesting choice since she’s going from YG to JYP, but Lee Hi’s proficiency in English enunciation will only help her with the plethora of English found in most JYP songs.

This was just a few ideas amongst a multitude of solo artists. I didn’t mention more seasoned singers like BoA and Younha, while neglecting male solo artists like Huh Gak and Se7en entirely (although for the latter, that may the better choice). The world of group theory is a diverse and interesting one. Who are some solo artists you could see fitting into groups, and which groups are they?