Way back in January, in a surprising way to start off the New Year, Block B filed an injunction against Stardom Entertainment, requesting a cancellation of their exclusive contract, citing unpaid salaries and increased expenses for the members as some of the reasons for the group’s discontent. In one of our Roundtables, we mused on the events that led up to the initial filing and possibilities should the group be granted their injunction.

To somewhat complicate matters during the proceedings, in March, Cho PD was asked by concert production company ShowNote to returned advanced pay for Block B’s concerts. As the contract dispute was growing into a larger situation and Stardom was not giving a definite enough response, the situation was becoming more harmful for the production company. The company did specifically reassure that their quarrel wasn’t with the Block B members. Also adding to the flurry was the May suicide of the former head of Stardom Entertainment, Mr. Lee, who gained notice during the lawsuit as having received 70 million won (~$63,000) from the members’ parents and having fled with it.

From the quick response of Block B’s side and direct rebuttals, it seemed like Block B would take this one, but the opposite happened. On June 7th, the Seoul Central District Court Civil Case Department dismissed the filed injunction for suspension of the exclusive contract between Block B and Stardom. The justice department deemed the evidence provided insufficient to properly show lacking dorms, work spaces, and training, among other deficiencies as cited earlier in the court case. With insufficient material on record regarding Block B’s promotional activities, the court did not find any areas where the management did not act as they should have. The court ruled that Stardom had been calculating profits as stated in the contract, and since Stardom testified that they would pay any missing payments if found, the label could pay any outstanding accounts. 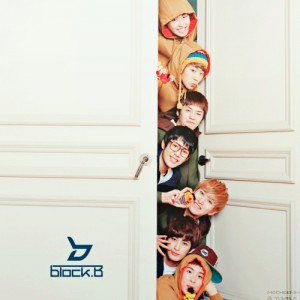 The big question now is how do Block B and Stardom Entertainment move forward from this point? If anything, it must be mighty awkward to continue working under the contract. As Block B’s image seemed to fare better than Stardom’s throughout the case, it would probably be in the company’s benefit to make it clear that they’re supporting the group and at least caring after their music production and (hopefully) returning music promotions. But regardless, the case seems like one that will fade away because Block B did not come out on top, potentially leaving Block B right where they were before the lawsuit.