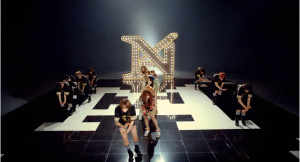 Given the number of girl groups (and sub-groups) created over the past few years, it would start to seem that concepts would run out eventually. On the contrary, K-Pop has gotten ever more creative with developing new and unique themes; the latest example is T-ara, who attempts to restore the public image with their latest sub-group N4. Made up of crowd favourites Eunjung, Hyomin and Jiyeon, as well as new girl Ahreum, N4’s “Jeon Won Diary” claims to combine the best parts of hip-hop and club anthems, and touching on escaping the stresses of modern life/society.

Those are pretty big claims to be made for the group that has practically invented the ear-worm before their scandal broke, so its worth seeing if they live up to the promise, with two videos for us to judge.

Things do not particularly look very good from the song alone, which is equal parts “generic euro-club anthem 101” packed with pounding bass beats and horn driven rhythms, and equal parts “K-pop girl group song (post “I Got A Boy”) 101” what with all the sudden changes mid-way through the song, a mix of up beat dance friendly parts, instruments buried in the dense mix, and a hook that is not too obvious from the first listen. 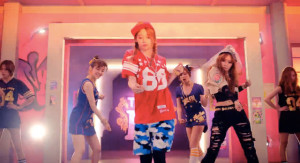 There are still some T-ara trademarks in the song, namely the rap that adds a bit of punch to the proceedings. While the use of the rap here is rather obligatory, the delivery (from SPEED‘s Tae-woon) is not too bad and it’s nice to for once not hear ridiculously cheesy lyrics. Another T-ara trademark that I like less though would be the over-processed vocals, which means that while I know who’s singing what, their individual vocal qualities come through so weakly it makes them look like lesser singers than they actually are. Then again, I have been complaining about this since the second album.

To sum up, this Duble Sidekick song we have got is a nice change from the old Shinsadong Tiger earworms with interestingly veiled lyrics about being back in business, but a song that plays very strongly to current best practice, and slightly lacking in identity.

In keeping with T-ara tradition, the music videos are where the money’s at. And as with past projects, there are two versions. First, the dance version. Apart from being very heavy on the video effects, most of it sticks to every current trend these days. Street culture inspired outfits and dance sets? Yes. Flashing lights in the background? Yes. Some solo posing shots and pretty close-ups? Check. There really is not much that is too new about this effort.

I would have to commend the choreography though, which is a nice break away from the usual sexy thrusting, instead being largely made up of strong leg and upper body movements, making it rather danceable for both guys and girls. I also liked how the underlying rhythm makes the song easy to throw in a self invented move or two (for the listener at least). 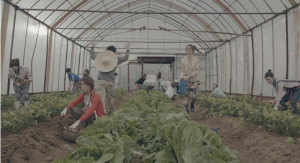 The drama version is far better, if for the fact it does not ever take itself too seriously. The story opens with a man watching “Bo Peep Bo Peep” on TV, and trading opinions on T-ara with his wife. The next scene then shows the members working on the farm and being hopelessly inept with their tasks. The most disappointing of them all would have to be Hyomin, considering her Invincible Youth outing.

Eventually though, they manage to redeem themselves with a really addictive dance that sends the entire village moving, sort of like what “Gangnam Style” is to Seoul. Along the way, the usual mix of hi-jinks and high profile guests happen.

What makes this video more fun than their last few attempts at epically long music videos is that the reduced length means that there is less need for dull filler content, and that the whole thing does not take itself too seriously. It’s also good fun to see the cameos happily parodying themselves, especially Davichi’s Kang Min-kyung who willingly takes the mickey out of her sexy image. 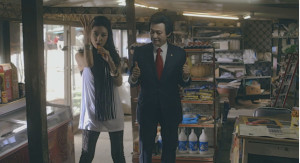 To sum up, T-ara N4 is in parts a messy adaption of everything big and popular in K-pop, and partly over the top guilty pleasure, the very things that made T-ara so enjoyable in the past. Unfortunately, the former far outweighs the latter, giving the T-ara very little identity, while at the same time not doing anything much better then the girl group norm. With this, apart from the occasionally amusing drama music video and the easy to follow choreography, its hard to see the overall score going much beyond 2.5/5.

And one more thing: Seeing how the whole concept got across nicely without feeling like any member was missing, maybe four people are all T-ara need? Maybe in the future as girl groups get hopelessly bigger, downsizing might be back in vogue again.