Side B: Celebrating G.Na's Musical Breaths 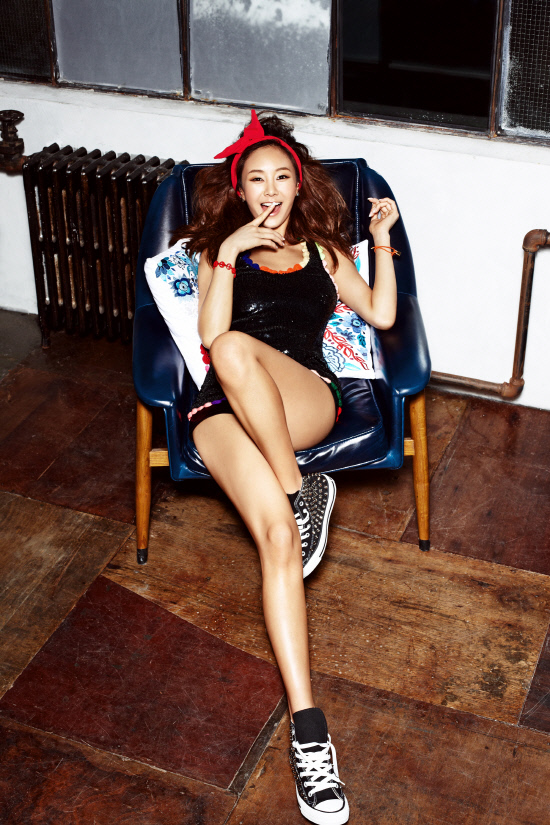 It feels like everytime G.Na makes a comeback, a throwback to her “I’ll Back Off So You Can Live Better” days come up. And not without reason. Choi Gina was Cube’s first female soloist, who debuted in 2010 with the aforementioned impassioned pop ballad from the album Draw G’s First Breath, catching eyes and ears with her blonde highlights and feminine timbre. Although she entered an industry that was particularly void of female pop soloists, she had a decent debut, a solid voice, and an influential enough company to back her up — the future looked bright for G.Na. Unfortunately, since then it’s been quite a downhill spiral for G.Na.

From hummable but mediocre ditties such as “Black and White” to just plain out gaudy songs like “2Hot”, G.Na hasn’t exactly had the best repertoire when it comes to title tracks. Although we keep seeing glimpses of the old G.Na through collaborations — such as HyunA’s “Bitter Day“, which she features on with BEAST’s Junhyung — her promotional track record is lacking, not boding well for any good old ‘G’ in the near future. But I digress: it’s not as if G.Na’s career has been completely devoid of musical gems every now and then. Some of these could even be hidden in the B-sides of her overall lacklustre albums and EPs, and that’s what the Seoulbeats Side B is for — to uncover, and unveil! On further listening, it becomes apparent that G.Na’s voice has been construed in the wrongest of ways for her recent tracks, but it’s nice to know that colourful and flavoursome pop is still evident. 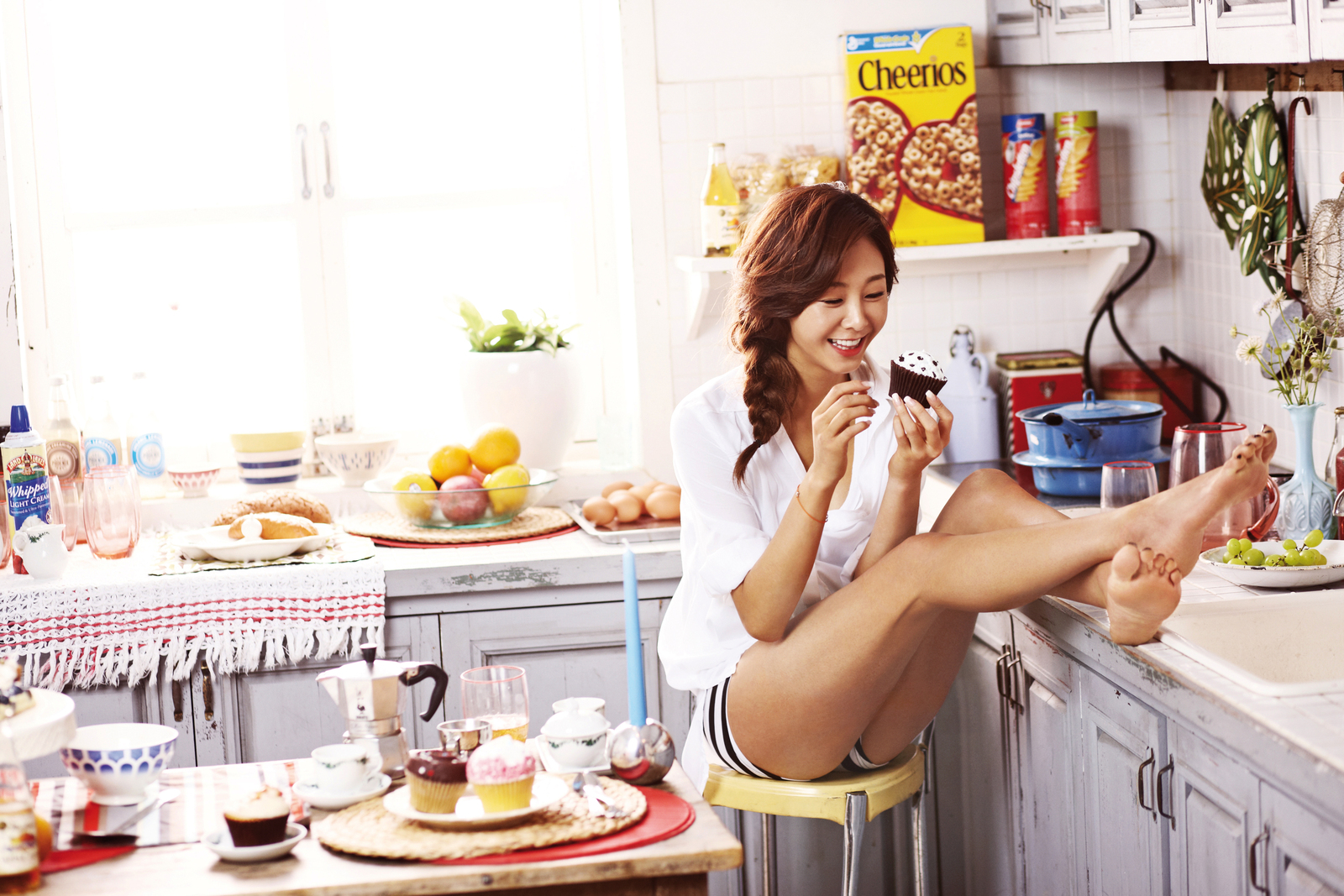 The first track I want to look at is less of a Side B song, but still rather obscure within G.Na’s discography. She released a duet “Beautiful Day”, with Phantom‘s Sanchez, as part of Producer Kim Do-hoon‘s project album Dokkun Project Pt. 2. G.Na has had a fair share of good duet’s in her time, but this probably takes the cake. As a vocalist, Sanchez’s voice is smooth and controlled, and compliments G.Na’s at times thin voice. Mid-tempo pop ballads are definitely her strong point; she stays primarily in the middle-range and avoids suffocating her voice by going lower, and avoids tackling the higher notes that would likely make her sound shrill. This should serve as a reminder that G.Na can still sound as good as this when she’s at her best. If Cube could also divert their marketing tactics away from her sexiness as a performer, the girl’s also capable of delivering stellar songs like this.

Onto her actual album tracks, “Loving You” is a B-Side off her first mini-album Draw G’s First Breath, but I only took notice when it made it into the track list for “Black & White”. Albeit slightly generic with it’s pop influences and the harp sequence in the background, it’s unlikely that any song with a pretty melody and a good, suitable voice, could go wrong. Unfortunately — or, fortunately, to some — it was overshadowed by her debut song. Nonetheless, it still makes a great listen.

‘Top Girl’ as a whole, with it’s frippery and ruffly pink package, was probably the beginning of the end in terms of any semblance of debut era G.Na being marketed towards us. The title track was a frothy mess, but what probably made it such a large disappointment was that one of the B-Sides from the mini, “Banana”, was teased with a video during the pre-release hype. It definitely brought up expectations, and excitement settled in that G.Na was finally going for the pop that was right for her. Of course that wasn’t the case at all and instead, we got Top Girl. However, that doesn’t change the fact that “Banana” is definitely a framework Cube could use if they want to push G.Na as a successful pop soloist. The song itself, for a dance track is rather subdued in it’s hook, and is far from being a club banger. But G.Na’s delivery and it’s clear pop sound make for a fun and danceable tune. Although it didn’t transfer as well as it could have, on stage, it’s been one of G.Na’s strongest offerings on recording. Not forgetting also, the song received a red card from MOGEF for it’s explicit use of the word ‘Banana’ (think of the children)! Edgy.

Also off her ‘Top Girl’ mini-album, “I Hate You” is one of those rare mid-tempo tracks that you end up liking a lot more than you originally thought you would. It’s soft but unmistakably pop-y, and makes greater use of G.Na’s voice than any of her title tracks thus far ever could. “I Hate You” is cheerfully upbeat, and although not particularly groundbreaking and revolutionary, it draws you in on first listen and is a genuinely good pop song to go back to.

If Cube wants to make G.Na sexy, I’m all for it. But I wish they’d try less with the “2Hot” and go heavier on the slick and sexy R&B sounds in “Drop It (Cut It Off)”, from her third mini-album ‘Bloom’. G.Na’s voice explores a comfortable lower range, without the suffocating or choking effect this register often presents. At this point, given the fact that she does have talent as a vocalist, it’s interesting to note that it’s not that hard to make G.Na’s voice sound good. There’re only so many ways to screw it up, but Cube managed to commit them with her preceding two title tracks.

Off G.Na’s recent mini album Beautiful Kisses is “First Kiss.” Similar to title track “Oops” in it’s cloying sweetness, it differs slightly in its watered down frilliness, in favour of sentiment and a melodic mid-tempo. The thrumming instrumental keeps the song busy but manages to gift her with breathing room, and the chorus also demands a certain vocal weight to bring it to full effect. G.Na sounds best when she’s pushing within her range, letting all the nuances of her timbre wrap around the notes. Although her voice may not be the stadium-ballad type, you have to give it credit where it’s due. It’s sugary and feminine, and as a result, she has made the simplest of pop songs sound pretty, in ways a powerful voice couldn’t.

Despite being unable to rise to the heights she was thought to be capable of, G.Na’s career has been moderately nice and smooth. Perhaps, a more apt word would be ‘tragic’; tragic with a few hints of niceness in her Side B tracks, and/or simply tragic because her career has been merely ‘nice’, when it could’ve turned out better. G.Na began as Cube’s beacon for soloists, and despite the outcomes so far, she still possesses the chops, and is still quite marketable as a stand-out female solo — time will tell.

How did you like this edition of Side B? Did we leave out any songs in the list above? Let us know in the comments below!