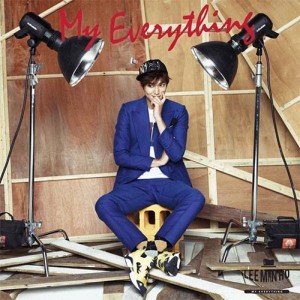 Actors are no strangers to releasing albums. Some have genuine music training, and some do it for personal growth. These efforts are usually met with some skepticism, but not with nearly as much contempt as idols-turned-actors, despite the fact that the two groups are largely doing the same thing. It looked like the release of Lee Min-ho’s mini-album My Everything and its favorable reception was going to be the classic example of this double standard. However, when looking at the context and purpose of his album, Lee Min-ho and Starhaus Entertainment put out perhaps the first uncriticizable actor album by ironically making it not about the music at all.

First, let’s look at the issue. When it comes to idols and actors crossing industry lines, there does seem to be a double standard in the K-netizen sphere. The minute it’s announced an idol is going to appear in a drama, the criticism and slander begins with a ferocity that doesn’t match the quiet hesitations of an actor-turned-singer announcement. Even if an actor does receive criticism for singing, it appears as an isolated case of one actor rather than the group as a whole. Actors branching out into singing doesn’t represent a group trend the way idols branching out into acting does, at least not yet. While some idols get praised for acting and actors do get criticized for singing, on the whole it appears idols receive more flack for doing something other than music.

The general complaints about idols-turned-actors seem to stem from inundation, motivation and talent. First, idols are seen as invading K-dramas more so than actors invading K-pop. The number of idols that companies churn out is larger than the number of actors, therefore the average person is inundated commercially with a greater number of idols, making them inescapable. If Jang Geun-suk puts out an album, a person doesn’t have to listen to it. However, if a person wants to watch prime time TV in South Korea, they’re going to run into idols. It’s easy to see how quickly someone could tire of idols in dramas, especially when most put out lackluster performances.

Then there is legitimacy of purpose. Even if an idol has an interest in acting, the reason their company sticks them in a drama is to promote their band. The idols’ number one priority is promotion, not dedication to the craft of acting, which makes it seem like they have no business in a drama. Actor-singers are definitely also promoting themselves as a brand, but the outer motivation varies. Releasing an album for actors is seen more as a personal choice because they are interested in music, more than an idol who is most likely in a drama due to their company. Obviously there are idols that care about acting, but their presence in a drama appears more blatantly promotional. 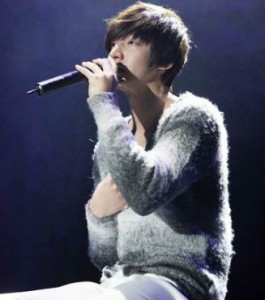 Lastly, there is the general expectation that if artists cross industry lines, they better be really exceptional at the other art, which most idols are not in regards to acting. Even if an actor is not acknowledged for their singing, the idea that actors might need singing in their primary career is more expected than idols needing to know how to act in a drama for their singing. Of course, there are also plenty of actors who are not stellar singers and probably should never release an album. All of these grievances can be applied to actors-turned-singers as well, but since the number of actors releasing albums is fewer, they are less likely to be slammed. However, there has been a growing consensus at least among international commenters that actors should be judged just as harshly as idols for their other endeavors.

Now we come to Lee Min-ho. When he announced he would release an album and was met with a generally favorable response, it was assumed by the international community and myself that it was another case of the actor double standard. In fact, it could’ve been the prime example, because everyone knows that Lee Min-ho is not a singer in any way, shape or form. However, it turns out that he managed to avoid the argument altogether by artfully managing the three aforementioned problems: he chose the least invasive way to promote, his motivation was clear and he was honest about his level of talent, making My Everything the most uncriticizable album in the history of K-drama actors.

When I say “uncriticizable,” I mean in terms of commercial purpose. There is a lot to criticize about the actual album. It consists of mid-tempo and ballad tracks that are predictable and boring. Lee Min-ho can carry a tune and even has a nice tone, but he lacks the control and power that singers develop over time. To put it another way, if he were a member in a K-pop group, he would not be the one to get a solo album. However, My Everything is easy to listen to and completely inoffensive. The questions then become: Why put it out in the first place? Who is going to buy this thing? Can’t we criticize him for such a boring album?

The answer to the first two questions is “his fans,” which unfortunately means that criticizing the quality of the album is almost pointless since he’s not making it for the general public. From the beginning, Lee Min-ho and company have stated that this album is strictly for Minoz, because they’ve been requesting it nonstop ever since Min-ho sang for the Boys Over Flowers OST. He also did not hold many fanmeets last year due to Faith filming, so this is a special gift to make up for lost time. Pair that with the fact that he will only sing at fan concerts around Asia, and you’ve got the least invasive album possible with perhaps the purest motivation — fan love. If you’re a Minoz, you’ll love it and want to buy it, and if you’re not a fan you don’t ever have to see it or hear it. Even a part of the proceeds from the album will go to charity. There is no doubt that Lee Min-ho is making money and promoting himself off this album, but it isn’t tainted with the gross purely-for-profit promotion that crossing industry lines often exhibits.

In addition, Lee Min-ho’s self-awareness about his talent negates any argument about his mediocre singing. We all knew what we were getting into with this, because he admits he’s not a singer and doesn’t want to develop into a singer. He has promised on several occasions that after this fan concert tour he will focus on his acting. The reason for this album is not to share Min-ho’s wonderful voice with the world, which might sound odd given that’s the usual point of of recording an album, but to give a gift to fans who already like his voice. He and his company aren’t even calling this a singing “debut.” It’s possible there is a “testing the waters for future projects” motivation behind this, but for now My Everything appears to be a one-off album equivalent to putting out a photo book.

That’s not to say there wasn’t care put into the album over the past two years, and it is a finished, clean product, but the temporary nature of his singing venture puts the nail in the coffin for any double standard arguments. The minute we start hashing it out he’ll already be filming his next project, The Heirs. If he wants to put out an album for Minoz, so be it. It’s not like he’s suddenly appearing on music shows or proclaiming a long-harbored love of singing. With the album already topping the Oricon charts in Japan, it seems there was plenty of demand from his fans to hear him sing.

While a person might not like Lee Min-ho’s album, any argument against it being made fizzles out. The actor-turned-singer double standard argument goes on and on, but for now, Lee Min-ho is not any part of it.