We Got Married: Global Edition, is a Mixed Bag 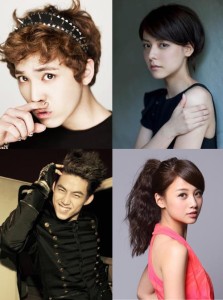 We Got Married (WGM), once a staple of the K-pop variety show world, has lost popularity in recent seasons. Although most couples on the show have been comprised of two people of Korean descent — normally idols and actors — occasionally there has been a foreign spouse featured. In an attempt to spice things up, MBC has taken on the international theme and has focused on a spin-off that spotlights multicultural couples; this program is, We Got Married: Global Edition. Episode wise, the show is set up a little differently than the standard version, with longer episodes per couple and with only two couples featured. So far, the scripting on this new edition has struck as being modelled very closely to its parent program, giving its differentiation in marketing lesser meaning than was probably intended.

The benefit of having a ‘global edition’ is that a focus is being put on distributing the show via more mainstream channels outside of Korea, as well as being uploaded on the internet for the countries that aren’t on the TV broadcast list. Currently the show is being broadcast to 21 nations, with the help of Sony Pictures Television Networks Asia, and short versions of the episodes have come pre-subtitled on YouTube. It’s clear that MBC recognizes the international demand for Korean TV shows like WGM and have decided to capitalize on that, which is all the better for us international fans. 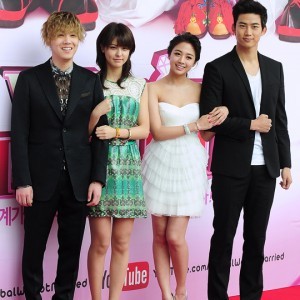 Unfortunately, as mentioned above, the early episodes of the show aren’t anything new for the WGM crew. Although MBC originally stated that there would focus on the “cultural” and “international” factors of married life (?), the show hasn’t delivered on that statement. Don’t get me wrong, the couples are facing cross-cultural challenges, but they are subtle and not specifically dealt with in the whole context of being a biracial couple. What’s more, these issues aren’t anything we haven’t seen before with international couples on the original WGM show. To draw on previous pairings, there was far more of a focus on cross-cultural problems and language in the Julien Kang/Yoon Se-Ah couple in the basic WGM than in either couple in the global edition.

Despite that, both international couples are facing their share of difficulties, albeit in different ways, and to different extents. Taecyeon (of 2PM) and Gui Gui’s (Taiwanese actress) biggest challenge is the language barrier between them. This wouldn’t be as much of a problem for the viewers if it weren’t for the fact that her English was marketed as “fluent” during promotions for the show, which was exceedingly misleading. Although Gui Gui’s English is functional, it doesn’t have much depth. This poses as a setback for the couple, and would call on a more heightened sense of reality among audiences when it comes to imagining a coupling with such barriers. With Gui Gui’s overly cute personality, some viewers have reacted negatively to the couple’s dynamic, deeming her as infantile. In the end, emoting in replacement of speech and other language cues, can only get you so far in a relationship when a common tongue isn’t shared. 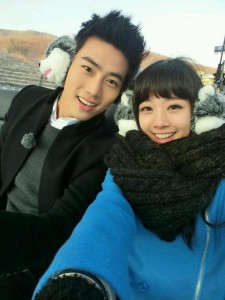 For Mina (Japanese actress) and Hongki (of FT. Island) the issue isn’t language; her handle of Korean is pretty good and he’s fluent enough to offer interjections in Japanese, but their personalities are like night and day. Of course, we all know that (some) “opposites attract”, and we can only hope that this will be the case for these two. It can be refreshing to be around someone different from yourself because they can share new things and new experiences with you, but if this couple turns out to be too different, it could be hard for them to form a lasting relationship. The biggest difference is that Mina is very intellectual and Hongki is well, substantially less so — frankly, her edict that he read a book a week is somewhat ridiculous when you consider the schedule he probably has.

Along with those issues, there are culture differences to cope with. It’s possible that part of Mina’s hesitance towards Hongki’s overly-garish stand-out fashion comes from her Japanese upbringing, which emphasizes fitting in, not standing out. Obviously, there are exceptions to every culture, but she doesn’t seem to be one of them, judging by her refined style and love of simple things. Similarly, in the other couple, Gui Gui doesn’t consider herself outgoing, and she is shy about certain things, but most of the time she appears super outgoing in Taecyeon’s eyes. That may be more dependent on her personality than culture, but different cultures have different ideas about what is socially acceptable, and all of that could factor in to varying degrees. 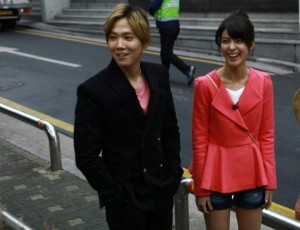 On the other hand, despite the cultural differences and having never travelled to Korea, Gui Gui is already picking up on the right ways to manipulate situations with her personal charm. Her usage of the words “oppa” and “yobo” are slowly killing Taecyeon. On the reverse, Hongki is using his younger man aegyo to woo noona Mina, and it seems to be paying off. It must be noted however that Mina is surprisingly enjoying this more than Hongki.

Although the show had a slow and shaky start, each episode has gotten better and better, which gives me hope for its future. By the fourth episode, the language issues between Taecyeon and Gui Gui have gotten less obvious; they’ve learned to communicate in creative ways, and Hongki and Mina have found more common ground, displaying more naturally, the looks of a sweet married couple. Although viewers have been skeptical about these ‘global’ pairings, it’s comforting to know that this could lessen in the future. Taecyeon seems to be warming to Gui Gui’s cuteness and Mina is discovering a new facet of her personality due to the connection with young, bright Hongki. Being in a relationship is one of the best ways to learn more about yourself and it seems that these biracial couples will be doing just that.

Let’s Fight, Ghost, Episodes 1-2: A Mix of Horror and Comedy