It’s no secret that in K-pop, girls have to be pretty and boys have to be hot. It’s basically, like, a fact of life at this point. For B.A.P leader and rapper Bang Yong-guk, another way to bring attention front and center (honestly, as if B.A.P needed another reason) was by promising to unveil some chocolate abs by the end of 2012 should B.A.P come away with some shiny awards.

So of course, like all predominately female fandoms that have been promised the equivalent of a sexual favor from their oppar, BABY’s took to voting sites and crashed the system to put B.A.P at the top. 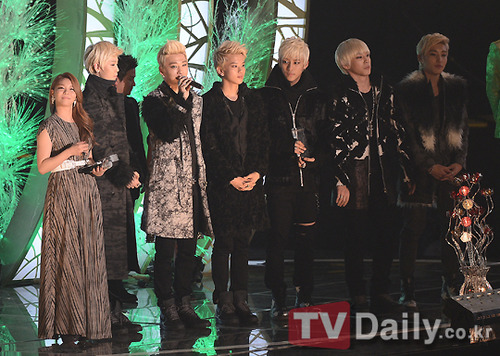 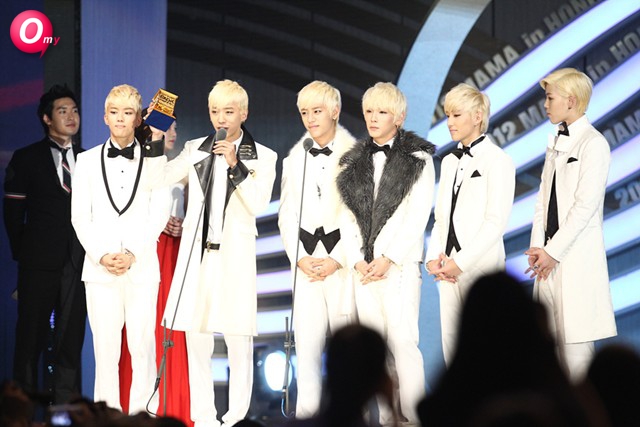 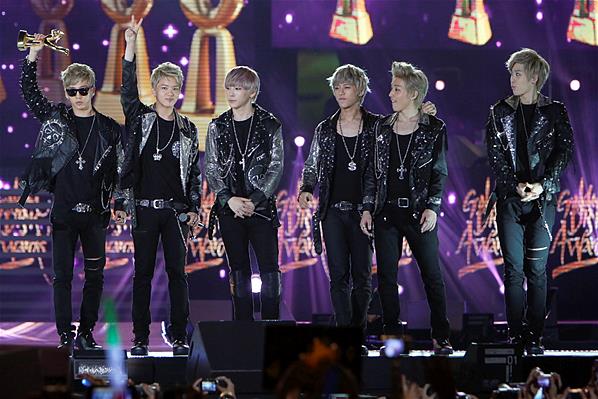 So then anticipation came for the promise of the abs–the BABY’s had done their part, now it was all left to our six blonde warriors to deliver to goods. And it would make sense that the moment the skin was revealed would happen at the B.A.P Live on Earth concert.

But what was that?

You made a stadium full of fangirls wait for this? Those were probably screams of horror! Yong-guk, sweetheart, these are your abs? Even my cellulite has more definition than that! And you didn’t even rip off your tank top yourself! There was even a cheat rip in the front, like, someone throw me a bone here!

I mean, if you’re going to make a promise at least follow through, is all I’m trying to say here. But, I guess to be fair, it’s not like I was at the concert or like this is my fancam. So maybe it could have been the lighting or the angle or something that could have led to BYG’s bod to come out so sub-par. At least, that’s what I’d like to believe for such a frightening revealing. Some pictures on the internet actually do show an overall better assessment of the muscles, but, still, I don’t know how I feel about this. I thought washboard was the standard in K-pop.