We’re getting closer and closer to Big Bang leader G-Dragon‘s first solo tour — dates for the One Of A Kind tour have been released on Facebook, starting with Seoul on the 30th of March.

All of the stops listed thus far are from East and South-east Asian countries; and from those, only Korean, Japanese and Hong Kong stops are confirmed with dates. Thailand, Singapore, Malaysia, Indonesia and China are on the list, which is at least more than what other countries can say, for the moment. 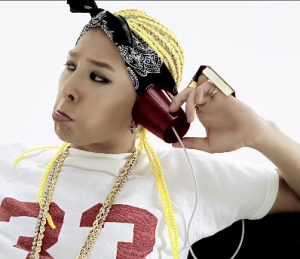 More countries will be added to the tour as it progresses, but looking at Big Bang’s own world tour, there are likely to be few non-East Asian stops — which is always the case for K-pop “world” tours, a standard influenced by distance, other commitments by artists and the perceived ability to attract a crowd outside of Asia, among other factors. The US (by which I mean LA and NY) is definitely going to be on the list, especially after extra dates had to be added following the immense flood of demand from Stateside fans. The only other countries visited during the Alive tour were Peru and England, so they could be favourable options for GD’s tour, especially with K-pop’s growing interest in South America (which is hopefully translated into tangible outcomes).

But what other stops do you think could be added? If you could pitch your country to GD himself, how would you convince him to hold a concert in your country? My plan involves using a koala to lure him onto the next flight to Sydney — how about yours?