Why f(x)? The Korean Music Awards and Mainstream K-pop, Part 1 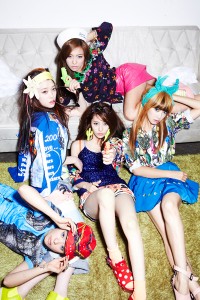 The nominations for the Korean Music Awards were recently released, but you  probably haven’t been hearing too many pleas amongst your respective fandoms to “vote until the poll closes!!!” — as per the standard procedure for most Korean music awards — because, well, chances are, your idol of choice isn’t on the nominee list. That is, unless your idol of choice is f(x), G-Dragon, Sistar, Lee Hi, Jay Park, or Ga-in, as these were the only idols to make it onto this year’s list.

The Korean Music Awards is unique from other end-of-year awards such as the Golden Disk Awards or MAMA because it is the only award system that recognizes artists solely for their musical merit. Unlike most other award systems, album sales and fan voting are not taken into account; rather, awards are determined by a panel of professional music critics, academics, and other industry experts. While the actual legitimacy of the KMA is debatable, its lack of consideration for sales figures and voting sets it apart from other awards programs, most of which have feature prominent voting or sales-driven award criteria.

The nominee list is usually populated by indie bands, though there are also usually a handful of idol artists on the list as well. The mix of mainstream and non-mainstream nominees serves as an indicator of a relatively fair judging criteria: the selection isn’t limited to non-mainstream indie artists, and nor is there any special catering to idol groups. Rather, the idol groups that are nominated do not earn that distinction simply by merit of their popularity or cultural influence, but by the merit of their artistic output. It’s not a perfect system, but it’s probably fair to say that the Korean Music Awards is as objective as it gets. And despite its relative newness (it’s only been around since 2004), it commands a certain level of respect and legitimacy in comparison to other award systems because of its objectivity.

That said, considering mainstream K-pop’s reputation for being highly manufactured and highly prone to releasing crap material, it’s always interesting to see what idol groups make it onto the nominee list every year,. It comes to no one’s surprise when idols such as G-Dragon or Jay Park are nominated because their music tends to get rave reviews from fans and non-fans alike (which is usually a good, unbiased indicator of overall musical quality), but when a group like f(x) gets nominated not once, not twice, but three times — one for every year they’ve been active — it tends to raise a few eyebrows, especially from the international fandom crowd.

f(x)’s music doesn’t really get the best reviews from international fans — hence the skepticism at f(x)’s multiple nominations for awards based heavily on musical criteria — but Korean critics and pop music fans alike seem to really like f(x) for their music. Reviews from Korean music magazines and webzines such as Backbeat, Wave, and Cine 21 all gave relatively high marks for Electric Shock, with critic Kim Do-hun of Cine 21 praising Electric Shock for its youthful electronic sound and going as far as commending Electric Shock for dispelling any previous doubts he had about f(x)’s musical future.  In addition, many amateur reviews are particularly interesting, as these tend to break things down on a technical level, discussing everything from musical flow to the members’ vocal techniques to the synth effects to even the filtering techniques used in each song. Mimyo at An Igloo Trembling breaks down each song on Electric Shock in excruciating detail, as seen, for instance, in the reviewer’s remarks on the opening of “Electric Shock”:

Though the opening of the first track “electric shock” gives the listener a powerful, running feel, it can also give a feeling of breathlessness; for instance, by pressing on the channel filter or by fading out the instrumental.  Nevertheless, the filter frequency gradually rises, giving a feeling of ascendance. This gives variety to the sound dynamic of the song while maintaining speed consistency. (An Igloo Trembling)

The choice to analyze a pop album to such a degree is interesting, considering that An Igloo Trembling usually features reviews of lesser-known electronica artists, and that the blog author is also an electronic music producer. While it’s certainly not to say that professional and amateur reviews of f(x)’s music is unequivocally positive, it is interesting to note that these critics seem to take f(x)’s music and artistic trajectory fairly seriously considering f(x)’s status as an idol group.

f(x) receives a lot of praise from Korean critics for their consistent sound; most idol groups switch musical style with virtually every single release, but f(x) has kept a consistent sound since their debut in a way that makes them more comparable to an indie artist than an idol artist. Indie artists tend to stick to one musical style while idol groups jump around the musical spectrum with every new release. While it’s debatable as to whether or not f(x)’s sound is good, musical consistency is evidently something that critics look favorably upon. Because of their consistent sound, critics seem to identify f(x) as an electronic music group rather than an idol group; thus, f(x)’s music is judged more as electronic music (a la Clazziquai or Humming Urban Stereo) rather than typical idol music.

Sleek, smooth dance pop music. The title song “Electric Shock” is a bit dragging in comparison to past works, but the whole of this album with composure flows effortlessly without losing power….While this follow-up work was once again successful, it might prove a bit heavy-sounding and invoke a cynical outlook from some. (Choi Min-woo, Wave)

In reading reviews of f(x)’s music, it’s interesting to see that while the reviewer still acknowledges f(x) as a product of an idol-making machine like SM Entertainment, s/he nonetheless approaches f(x)’s music with the same level of detail and critical analysis as s/he would for an “actual” electronic group. And while I’m not sure if I agree with the idea of placing f(x)’s music on the same level as the rest of these electronica artists, one can see why music reviewers would take the time to analyze f(x)’s music beyond its value as a pop idol byproduct.

Within the international fandom, there’s a very clear distinction made between idol music and Korean indie, and in the eyes of the international fandom, f(x) is planted very firmly in the idol camp. This is due to a variety of (fairly obvious) reasons: they’re signed to a major idol-producing label, they do variety programs, they’re pretty, and they can dance. Additionally, we have different expectations when it comes to indie music and idol music. With idol music, we expect to either like it or dislike it upon first listen, and “catchiness” (the good kind of catchy, not the “annoying hook” kind of catchy) is an indicator of our propensity to like or dislike the music. On the other hand, we expect indie music to be somewhat esoteric and not immediately likable, and we’re more prone to look into the nuances as a way of “appreciating” the music. In other words, our approach to pop music is more “big picture,” whereas our approach to indie music is in the details. 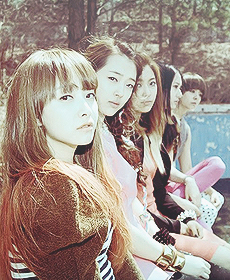 f(x)’s music usually comes across as being too weird or ugly-sounding for our “big picture” approach to work favorably, which is perhaps why f(x)’s music is easily dismissed by international fans upon first listen. However, there seems to be less of a distinction between indie and mainstream pop amongst Korean audiences, particularly amongst Korean music critics like the ones on the judging panel for the Korean Music Awards. Because f(x) is unlike many other idol groups in that it has a consistent sound, it’s more natural for critics to judge f(x)’s music according to its criteria for indie music despite the fact that f(x) is an idol group through and through. Thus, critics are less prone to dismiss f(x)’s music as “crappy idol fluff” (like many international fans tend to do) and are more prone to examine the nuances of f(x)’s music — and there are a lot of nuances to f(x)’s music if one takes the time to listen carefully.

All this said, however, I’m still somewhat skeptical of these critics’ claims that f(x)’s music is really just that good, despite having spent quite a bit of time listening to f(x)’s music in detail and taking note of all its nuances. In the end, the purpose of this article isn’t necessarily to justify the critics’ praises for f(x)’s music or their decision to put f(x) on the list of nominees; instead, it’s to offer a possible explanation as to why Korean critics rave over f(x)’s music while international fans could really care less about it.

What is worth discussing, however, is the fact that SM doesn’t really seem to care about the fact that f(x) was nominated — multiple times! — for an award that seems to be based more on the merit of artistry than fandom popularity. While f(x) is the only SM artist to boast this many KMA nominations — a distinction that’s worth bragging rights not just for its perceived prestige, but also for the fact that it validates an artist’s musical prowess. Whether or not the KMA is really as legitimate as it sounds is somewhat of a moot point; an award given on the basis of artistic merit still sounds far more deserved than an award that blatantly takes into account fandom voting and sales numbers. One would think that recognition by industry experts would motivate SM to tap into f(x)’s hidden musical potential, but despite this, f(x) is still very much at the bottom of SM’s barrel. Why is this, and does the idol industry care even a little bit about musical and artistic quality? Should it care? Keep an eye out for Part 2 of this series next week for more discussion on these topics!