NU'EST Give Us A Mellow "Hello"

After 2011, the large number of idol debuts in 2012 wasn’t unexpected — but what may have been, though was the quality of said debuts, with more than a handful of K-pop acts successfully finding their footing in the overpopulated scene. But it’s still easy to fall down, and so last year’s rookie groups have moved forward in their musical output. B.A.P. released their second mini album last week and fellow rookie boy band NU’EST were hot on their heels with a second mini-album of their own. NU’EST is marketed as an urban electro group, but latest release Hello departs from this image to further explore the different sounds introduced in Face and Action. 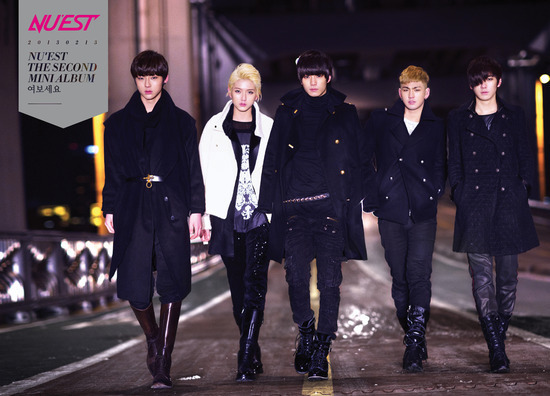 Title track “Hello” is first up; look at you, NU’EST, being all R&B with your finger clicking and subtle electric guitar synths. The guitar-driven instrumental is complimented by the piano and backing vocals, and the strings in the chorus. Skipping the chorus and moving straight from the second verse to the rap is a risky move, considering the amount of time that passes without the hook being heard; the rap still felt a bit jarring but structuring the song in this way at least allowed for a more natural transition, so in that sense the risk pays off. NU’EST already has a R&B ballad in “I’m Sorry” (which they’ve also promoted), but “Hello” is (expectedly) the more polished of the two, with better production and execution.

It should be considered illegal for Min-hyun to sound as good as he does, the way he carries this song with an almost piercing clear voice. Baek-ho‘s huskier tones provide a perfect contrast and the rappers get the job done, though I will admit that JR‘s tone gets to me at times, and Aron could stand to have lines that aren’t English garnishes, sprinkled throughout the song. However, Ren was the biggest (and really, only) let-down as his singing sounded distinctly nasally. This aspect of his voice has always been there, but Pledis has so far managed to avoid making it too obvious; but while Ren sounds fine in live performances, I can just feel him singing through his nose when listening to “Hello” on this album. Apart from that, though, “Hello” is a lovely R&B track — break up songs with telephone-themed lyrics aren’t new in K-pop, but its execution and manner of approach justify its position as the title track. 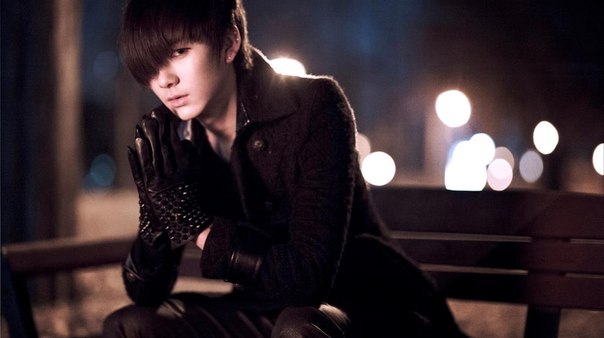 “Hello Hello” is a softer take on NU’EST’s electro sound. Considering the similar earnest vibe it has with “Hello”, while also being different in sound, it makes sense for it to have been the second song performed for the group’s comeback stages. It sounds good and the members are on point, but it lacks an oomph factor that could lift it from Side B status.But overall, the song is a smooth listen and that ending tune will probably give you the urge to listen to Kyary Pamyu Pamyu‘s “PONPONPON.”

Skipping forward to the fourth track: “A Little Bit More” is, well, a fair bit more mellow than “Hello Hello,” and is quite possibly their most down-tempo track to date. The piano appears to be set up as the hero of this song, with “pop pianist” Yoon Han listed as a featured artist; but the minute the rest of the instrumental kicks in, we sink from the possibility of a minimalistic piano-driven piece into the reality of an ’80s-style ballad. “A Little Bit More” definitely picks up towards the end: Baek-ho, especially, elevates that final chorus before the percussion fades away and we rediscover our friend the piano, but it’s too late to overcome the cheesiness of the rest of the song. 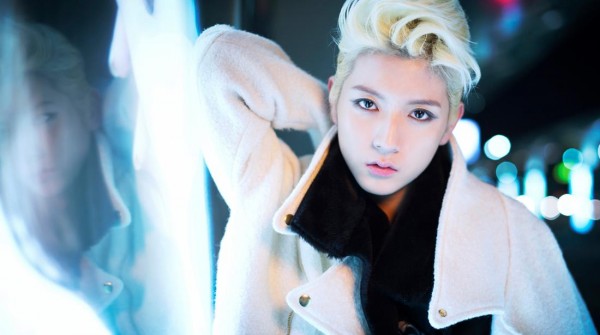 While the previously discussed songs each varied in sound, the third and fifth songs really take after Action‘s “Sandy” and “Not Over You” respectively, albeit with less sentimentality. “Introduce Me To Your Noona” is framed as a cheeky yet earnest proposal to a friend’s noona, a new addition to K-pop’s collection of Odes to the Older Woman. It’s a great listen and progresses well; my only qualm is that the otherwise great ending manages to fall a bit flat.

Final track “Beautiful Solo” feels like it really captures NU’EST’s youth with this immature response to a break-up, where the members sing about all the fun things they can do and free time they have now that they are no longer in a relationship. “Beautiful Solo” portrays the boys having the time of their lives, until they hit upon the realisation that they do, in fact, miss their girlfriend, and after telling her to “go away” throughout the song, finish instead with a plea to “don’t go away.”

The biggest change to come from NU’EST from this album is the lack of what one would consider to be NU’EST’s signature sound, the aggressive songs about not holding oneself back, topped with awkwardly placed dubstep dance breaks. This album showcases a softer NU’EST, and while there there is no overall cohesive sound for Hello, the theme of love explored in each track works to tie the album together.

Hello is not an exceptional album, but it shows growth in the boys’ music, and so I give it a 3.4 out of 5 and the expectation of even better things from these Pledis boys.