Joosuc Feels Nostalgic With Ailee In "I Forgot You" 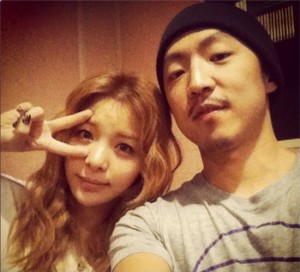 Underground rapper Joosuc has released his seventh mini-album, I Forgot You, featuring rookie soloist Ailee. It’s been a tough career for Joosuc, rising to fame within South Korea’s underground hip hop scene during the early 2000s, enduring several fallings out with members of said scene (including his former hip hop production team, Master Plan, and their label) and going to the army. But Joosuc has managed to pull himself up after finishing his enlistment, and joined a small entertainment company called Finest Records. He has been steadily releasing tracks since 2010, and “I’ll Never Forget You” is his third and last release of this year.

Although I am not well-versed in Joosuc’s discography, I was introduced to him via Mnet‘s hip hop audition show Show Me The Money and had been meaning to get into his works. “I’ll Never Forget You” sounds like a good place to start, with Ailee’s powerful singing and his smooth rapping. It’s a very mellow song and sounds completely untouched, just pure song and rap meshing together perfectly. It’s a good song with which to round off the season and makes me eager to listen to more of Joosuc’s works. Even though I’m not the biggest fan of Ailee’s singing, she truly shines in this toned-down song, though she does strain her voice much too often during this song. 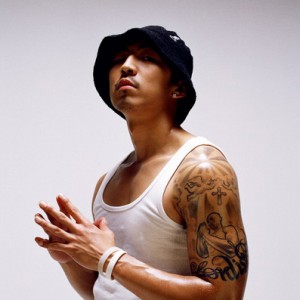 I have always had a love harboured for quick-transition MVs, similar to the those of Infinite‘s “Nothing’s Over” and Miss S‘s “Good Night,” and this is yet another MV that perfectly uses quick transitions. Here, Joosuc flips back between his everyday life without his significant other and, due to touching certain objects, into a sequence of memories with her.

He is abruptly returned to reality when the object he is holding betrays him and he runs through this process until his final memory, his breakup with her. Some of my favourite transitions was when he moved from the bed to spitting out lyrics, and when he committed the condescending dragging of a woman that plagues dramas and music videos alike, with his significant other and ended up holding a suitcase instead. The transitions between Ailee and Joosuc’s scenes seemed choppy, however, it seemed like, with Ailee’s miserable-looking expression, she represented the significant other in question, of what was actually going on while Joosuc remembered and reflected upon their relationship. That she was just as sad and as miserable as Joosuc was. Although I think that it would have been better to have more distant shots of Ailee, than close-up shots, to fit with the shots that Joosuc had, overall the flow of the MV was good and matched the slow pace of the song, even as Joosuc was jumping from place to place.

I really liked the lighting of the MV, it was simple but it gave the MV a warm atmosphere, which matched the music, despite the bittersweet lyrics. Although the lighting helped to bring out the worst in Ailee’s poor barefaced visage, it served its purpose in accompanying the song.I also like how during the MV, that things occured in correlation to the lyrics, like it turned black and white when Joosuc rapped 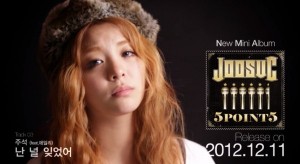 That the screen filled with black and white, and colour was added in. It’s the subtle touches like that the MV a lot more fun and full of whimsy, despite the sadness hidden underneath it.

Overall, the MV is very light and has a humorous feel to it, despite the bitter-sweet and sad lyrics. The lyrics are heartfelt and the music is smooth, and makes this song a wonderful listen.