100% is the new seven member boy group from T.O.P Media that debuted in September of this year. They are working on a theme of naming their songs and MVs relating to the concept of being a certain “type” of boy. Their first single was “Bad Boy” and now they continue the series with “Guy Like Me,” an up-tempo ballad.

First of all, I think the song sounds beautiful and it’s sung very well. It’s even better live, when the guitar sounds and vocals blend in their real form; it really shows how talented 100% is. Now hopefully that has softened the blow for all fans, as I am going to go on and say some not-so-nice things about this MV. From the teaser, it seemed like it was going to be a brooding, romantic MV, perhaps with a storyline about a guy in a café waiting for a girl, but no. Then, it seemed like it was going to be a candid, follow-the-members-around MV, and then it seemed like a watch-people-sing-in-the-studio MV. Basically, this video is having an identity crisis, and, as usually happens in cases like this, the MV did not turn out nearly as well as it would have if they had chosen one route instead of many. 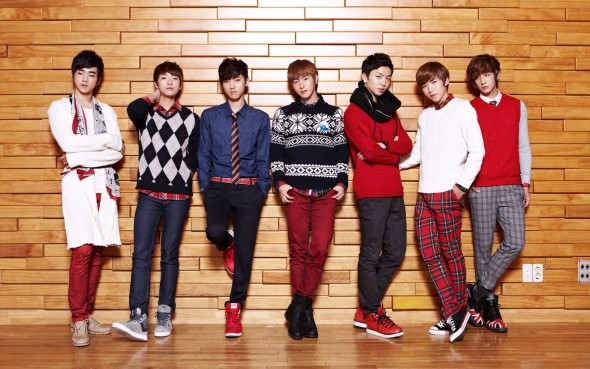 Everything about this MV feels staged. Obviously, a majority of “candid” MVs probably are staged but this is one of the few times that it really felt fake. Maybe 100% just needs to work on their acting, or maybe the setting just wasn’t right, but even when they were just singing together it didn’t feel genuine. It doesn’t help that the scenes with Sanghoon seem randomly thrown in. Is he supposed to be writing lyrics? Is that why it’s relevant? There isn’t a story line to go along with the café theme, he just sits there and looks cute with a latte, which doesn’t relate to the “candid” theme of the rest of the video, and this disconnect probably contributes to making the MV feel more unnatural. It just seems so pointless, having one member focused on for no particular reason, and especially since he is super cheery, which goes against the melancholia in the lyrics. 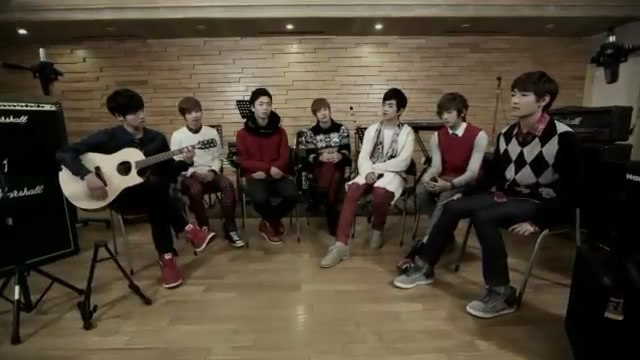 Speaking of unnatural, could they have done a worse job of lighting this MV? No, no they couldn’t have. The lighting in the studio shots is why too bright and reflective. With an extra sheen, the members dance between looking sweaty and having too much foundation on. Regardless, it isn’t attractive and a less fluorescent lighting would’ve been better. Also in the lighting category, what is with the flashing colored lights? At no particular intervals, colored lights flash across the MV making a strobe effect that distract the viewer. Not to mention there aren’t any other bright colors in the MV, not in the set or in the outfits, so the colors don’t have anything to complement.

The saving grace of this clip is the fashion; I do like their outfits. The stylist couldn’t have done a better job matching the winter-time, romantic-ballad feel. The tones of black, white, and red are simple, yet flattering, and all the sweaters and knitted items clearly evoke the feeling of cold weather. Some of the pieces are cute and some others edgier, but they mesh well together and the members look comfortable in their clothing. Evidently, it’s a change for them after the dramatic, sexy look of “Bad Boy,” and they pull it off. Despite being a slightly more mature group, cute doesn’t seem out of their range of possible themes. 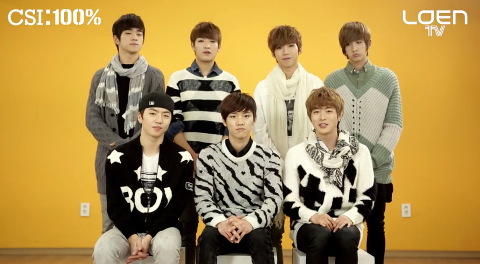 As I said before, this song is beautiful and 100% is clearly a talented group with a great deal of potential. Unfortunately, this MV simply doesn’t show that. Having seen the members in an interview, it’s clear that they’re genuine people who have distinct personalities. The boys also emote well, but that somehow got lost when they were put in front of a camera in an MV situation. If you can get past the awkward MV and just listen to the song, it’ll certainly appear to be a worthy comeback from the same group that wowed us all with their intense dancing in their debut. Or you can just do what I’m going to do, and watch only live performances of “Guy Like Me” from now own. The MV gets an overall rating of 1.75/5.

What do you think, readers? Do you enjoy this softer side of 100%?