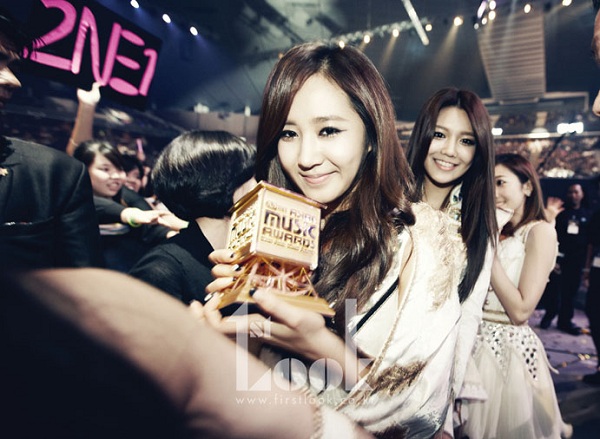 We’re nearing the end of 2012 now (where did the year go?!), but as we approach winter in the northern hemisphere and summer in the southern, there is a third season occurring in K-pop: awards season, when musical acts frock up and attend (and perform at) various awards nights in the hopes of taking home a mini-statue or two, this season culminating in the Golden Disk Awards, considered the Korean version of the Grammys.

The Mnet MAMAs are typically give us the first awards ceremony for the season, and voting for this year’s awards is already well under way. Unlike the other awards, the MAMAs is where International K-pop fans are able to influence results, courtesy of public voting being part of the award criteria, but more importantly due to the MAMAs’ global outlook which actively encourages international participation. As such, we decided to ask our writers to give their take on the nominees for the 2012 MAMAs, as well as their predictions for the awards ahead: Who will win in their respective categories, and who should? 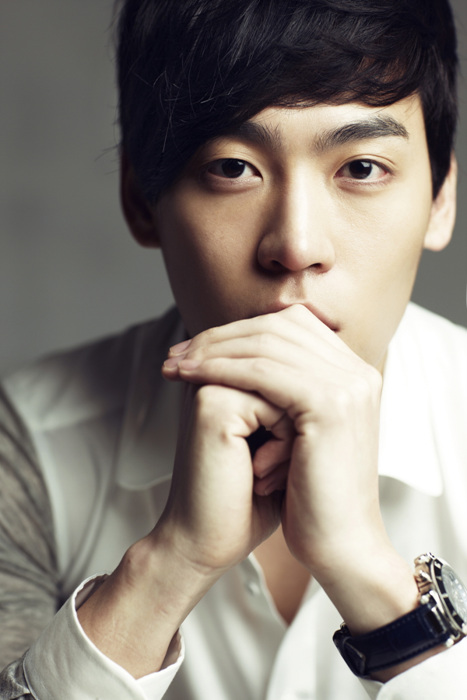 Ambika: For the male rookies, my fangirl heart wants B.A.P to win, and I’m also partial to Ulala Session, so it’s hard. But I expect Busker Busker to take it because their style seems to have really hit off well with the Korean audience, so I think they have high sales.

For female rookies, I’m rooting for Juniel. It seems like it’ll come down to either her or Ailee, and I’m not sure which way it’ll actually swing. Neither seems to be particularly idol-focused since “Illa Illa” was actually a good song, and Ailee has been impressing on Immortal Song 2 for quite a bit of the year.

And I expect Psy to win something. Just because it wouldn’t make sense if he didn’t.

Gaya: I expected Busker Busker to take out the rookie award, too, but I’m not so sure after they announced that they wouldn’t be attending most of the end of year award shows. I know that these things have a “no attend no award” policy, but I think the MAMAs no longer follow that? In any case, I feel like Exo-K might take out the award, but would be just as happy if B.A.P were to pull through instead.

I was really amused at the clear bias seen in the nominees — Busker Busker would definitely have been nominated either way, but it’s clear that it, Ulala Session and John Park were nominated thanks to their link to Mnet show Superstar K; furthermore, all of the active acts of FNC Music (an Mnet subsidiary) have received nominations as well. I’m not that fussed because they all do deserve a nomination, though I’m side-eyeing the inclusion of AOA in the female rookie category: I’m sure there are other rookie girl groups that had more impact in 2012 than them. 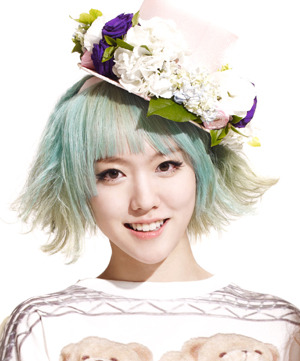 Fatouma: I laughed when I saw AOA being nominated, and it’s really annoying that MAMA clearly put them in there just because they’re an FNC group. I’m glad that Spica and Hello Venus are nominated because they were among the strongest female rookie groups to debut this year. I wish GLAM had been nominated instead of AOA, because they had a very solid debut. Hopefully they’ll get some recognition for the Golden Disks.

Juniel is the lead currently for best new female artist and I couldn’t be more happier. I actually enjoyed “Illa Illa” much more than I did “Heaven.” “Heaven” was an okay ballad, but is nothing special, because it’s so standard ballad. Juniel’s “Illa Illa” was a burst of fresh air with her acoustic guitar and light vocals.

I think because MAMA is so intent on making their awards show international that they’ll just might go along with whatever group has the most buzz outside of Korea. For domestic awards show, like the Golden Disks, I’d be surprised if Busker Busker didn’t take the rookie award, seeing how big they are in South Korea. As much as everyone seems to be liking Busker Busker, a possible sign of how idol-weary South Korea as a whole has become, I actually would prefer if B.A.P won, because their debut is the only one that has grabbed me from the get-go for male artists.

There are a lot of disappointments on the nominee list, like the lack of U-Kiss for best choreography and best song for “Stop Girl,” one of the strongest releases of the year, in my opinon, and the inclusion of Hyuna only days after she came back. I’m especially confused at to why IU and Troublemaker are nominated for this year seeing as “You & I” and “Troublemaker” were released in 2011.

Gaya: Oh, I would have loved it if GLAM were nominated, and I think IU and Troublemaker make the cut because their material was released after the 2011 MAMAs. I’m also sad about the lack of Wonder Girls, Wonder Party was a great release. 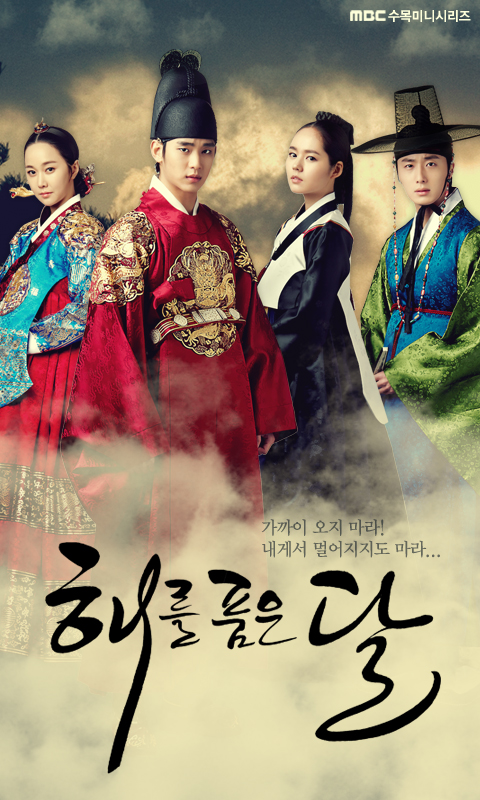 Fannie: I’m just really happy that Shinhwa was nominated for Best Male Group, I don’t think “Venus” was the best song ever but I have so much respect for the group for sticking together and giving it their all even after all these years, and they deserve to be recognized. I’m pretty ambivalent towards most of the categories, but Lyn‘s “Back In Time” (from The Moon That Embraces The Sun) NEEDS to win for Best OST. The drama simply would not have been the same without that masterpiece of a song.

To be quite honest though, the “Current Voting Results by Country” on the MAMA website is much more interesting to me than the overall end result. I like being able to get a direct glimpse into which groups are more popular in which counties, as we often forget in our daily K-pop lives that the distribution of buzz surrounding certain artists is highly dependent on who is favored by those around you and speaking the same language. And it’s interesting, albeit not all that surprising, that the voting is dominated by fans of male artists as opposed to female artists.

Shinhwa is currently — at this time of writing — taking the online vote lead in both China and Korea, TVXQ has a clear lead in Japan, Super Junior in the US and SE Asia, and SNSD-TTS (the only female group with a fanbase with comparable voting power) in the “Other” countries.

Natalie: Naturally, I’m rooting for B.A.P, but the odds seem to be in Busker Busker’s favor. And if not them, then Exo, because they have album sales, SM, and a large fanbase backing them. As much as I love Exo-K, I’m hoping B.A.P wins the rookie award because they had the most amazing debut this year. For Best New Female Artist, I’m hoping SPICA wins. 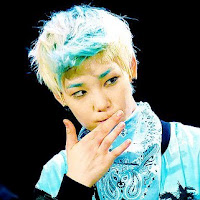 Gaya: I think Exo-K will definitely win some award during this season, but I don’t really see them dominating the season; I don’t think anyone can, with such a saturated rookie scene. But I will say that I am NOT looking forward to a gazillion performances of “MAMA.” I really do hope they come back soon, for the sake of everyone’s sanity.

I’m finding the voting stats really interesting too, Fannie. Looking at the current rankings page, most of the votes are coming from China (43.1%) and South-East Asia (32.7%), while South Korean votes only account for 7.9%.

The gender-breakdown of the votes for each group are really interesting to see, too: the image I’ve been having in my mind is, I admit, one of fangirls voting like crazy for their oppas, but the guys are well-represented. In fact, Juniel, who’s winning the female rookie caterogy, also has the highest male voter percentage; second-place Ailee, on the other hand, has the lowest. As expected, a lot of female artists have male support and vice versa, but while most of the votes for Super Junior and Big Bang were from women (girls), TVXQ, Shinhwa and even Exo-K are getting a good mix of male and female votes (or a testosterone overload, in Shinhwa’s case) 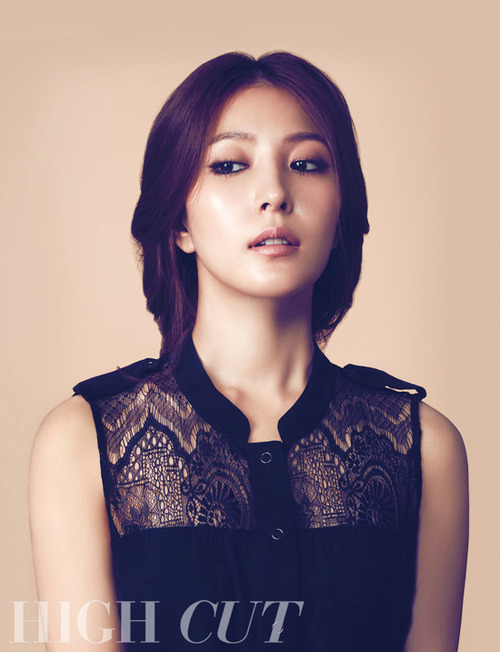 Nicholas: For the most part, I will admit the MAMA never has any bearings on what really sells or really matters in Korea, instead being more of an approximate reflection of K-pop as the world sees it.

On that ground, it is very interesting to see how groups or acts with the largest fan bases are getting most of the votes. Super Junior as Artist of The Year? OST of the Year being dominated by Idols? Not commenting on the quality of the performers, but surely fan votes played a large part there.

As artist of the year, for solos it would be a tie between BoA (the one who put the world class slick in K-pop) and Psy (The man who put K-pop on the international plane). Group wise, basically most groups that could justify their wins have won a variation of it before, so I am fine with anything.

The same could also be said of most of the votes, since they can be justified by non fans. But OST of the year, could that be Baek Ji-young for the consistency (in terms of numbers and quality) of her output, and as for bands, please Busker Busker for being that bit more quintessentially Korean?

And f(x) as best global group? Their winning it would totally be validity of their international recognition as outstripping their local fame.

Ambika: I really like looking at the male/female percentages per candidate as well. Some are amusing, and I don’t know why I didn’t expect so many male votes for Shinhwa.

The sheer voting force of fans of SME groups shows across the board, though it seems they’re slacking in the category for best female group. But I’m not complaining. I’m pleased that Sistar is leading in votes for that category: “Alone” was easily one of the better releases of the year.