Kim Jong-kook Is On A "Journey Home" 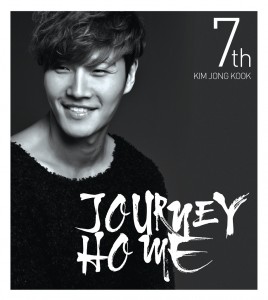 Being a relatively new fan, coming into K-pop around mid-2010, the first introduction I had to Kim Jong-kook was through Running Man. I’m not a variety aficionado by any means and only dabble in a couple of shows here and there, but Running Man was always one of my favourites whenever I was in between promotions with my bias groups and in need of some  distractions. Despite their likeability, I wasn’t drawn into knowing the background lives of the other members of the roster, I had just assumed they just variety stars.

So it was to my surprise to realize that Kim Jong-kook, SpartaKook, was a ballad singer, with six albums under his belt, and even was a part of a successful dance-pop duo Turbo during the mid to late 1990s and early 2000s. Two years after the release of his sixth album, Kim Jong-kook has released his seventh album this past week aptly titled Journey Home, seeing that it’s a return to form for Kim Jong-kook.

The first song on the album is “Thinking Of You,” and it’s a song that has very traditional aspects of a ballad with its orchestral back track and the build up provided by percussion instruments. Kim Jong-kook is surprisingly very high-pitched but it manages to have a soothing quality, mainly because of his great vocal control, unsurprising for a veteran singer. He is able to give the song various tones, while still staying on the higher side, and qualities that make a lot more interesting to listen to than the song implies. However it doesn’t seem to have a distinct climax and seems to just keeping going on and on until it reaches an abrupt denouement.

The second song “Thousand of Footprints” also suffers from the same problem, but it has a lighter quality because it brings out all the instruments and bombast that an orchestra can bring, but I feel like the instrumental seems to shroud Kim Jong-kook and becomes over-bearing and distracting. I think Kim Jong-kook’s voice is given better justice when the instrumental is a lot more restrained and moves along with his voice rather than going off on a course of its own.

Next is “You Should Be Happy,” which has a similar instrumental to “Thinking Of You” but is much more mid-tempo, and the song seems to rise and fall according to Kim Jong-kook’s voice. Although the first three songs are standard ballads, and as much as I prefer ballads that veer away from the traditional and experiment with different genres, these three ballads haven’t turned me off as much as some other ballads have, because of Kim Jong-kook’s voice. He has a voice that sounds like he is a man that has suffered a thousand sorrows and knows how to sell a ballad, sort of like his hoobae FT Island’s Lee Hongki, and I think that’s the bottom line to make any ballad work or at least be considered a truly great balladeer, which Kim Jong-kook clearly is. However I prefer “You Should Be Happy” over the other two because it was more succinct and didn’t seem to drag on with any real sense of change or climax.

“All Men Are Like That” is Kim Jong-kook’s promotional track and rightfully so. The song’s instrumental is very addictive, despite its lack of a hook, and has a smooth instrumental that just builds up as Kim Jong-kook insinuates that all men are the same when it comes to the women they love. “Was So Pretty” follows up “All Men Are Like That” and I enjoyed the change of singing style for Kim Jong-kook, and it sounds a lot less pained and the use of acoustic guitar brought up the mood of the song a lot more. There is an echo effect and it seems like Kim Jong-kook is being accompanied with a lot more than the instrumental, and makes the song all the more complex. I’m a sucker for acoustic guitar and immediately liked the song a lot. 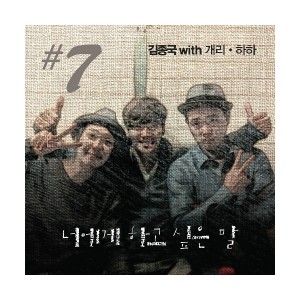 A treat in the album comes in a form of “Words I Want To Say To You,” a collaboration with Haha and Leessang’s Gary, his Running Man co-stars, and is a very fun reggae-inspired song. But although this song sounds like a light-hearted one, Kim Jong-kook still manages to maintain some pain in his voices but it’s complementary to Haha’s singing and Gary’s spit-fire rapping. Kim Jong-kook sounds a little too nasally around the end to the point where my ears had hurt, but he manages to collect himself with the resounding chorus of voices.

There is another collaboration with his former bandmate, Mikey, in the song titled “Nostalgia.” It’s a song with a lot of electronica that brought an ethereal  quality to the song and the inclusion of Mikey was a good foil to Kim Jong-kook’s mosquito voice giving the song a lot of push and pull. The third and final collaboration on this album is with Mighty Mouth for “Men Also Feel Sad” which seems to fuse trot and electronica together and the inclusion of Mighty Mouth only makes it just the more enjoyable.

“Disappearing” brings an end to the collaborations and the infusion of different genres, and comes back to the traditional with the orchestral backtrack and the choir. Kim Jong-kook’s journey home ends off with “The Story Is Not The End,” which is a slow ballad with a strong lounge-esque backtrack and is a perfect finish filled with piano riffs and Kim Jong-kook’s crooning that it is not the end. This brings up hope that Journey Home will be a taste of more to come with Kim Jong-kook.

It’s a solid return for Kim Jong-kook but what really stood out for me in this album were the collaborations moreso than than the solo songs. They seemed to experiment a lot more with different sounds and styles, while the solos just seemed so downtrodden in sticking to the traditional. I like ballads that push the envelop and dabble in different sounds so as to change up the framework of what a ballad should sound like. Kim Jong-kook’s singing saved a lot of the songs; if they had been given to a less seasoned singer, they would have fallen flat. It’s not the strongest comebacks, and it makes me a lot more interested in his work with Turbo, than it does his solo work.

The Best of 5 Things: K-Variety Edition 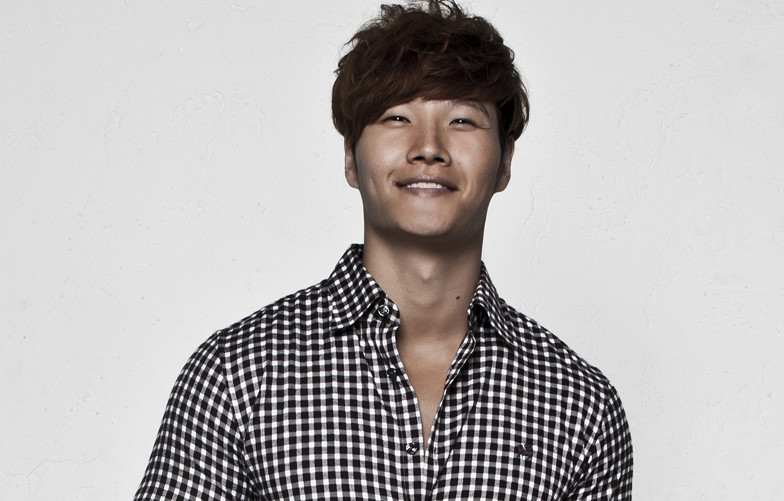