Learning to Count with Lee Hi

At the tender age of 15, Lee Ha-yi (stylised as Lee Hi) wowed Korea with her strong, soulful vocals. Now, less than a year after losing out to Park Ji-min for the title of SBS’ KPOP Star (and a brief collaboration with Epik High on their first digital single) Lee Hi is back with her official solo debut under YG Entertainment, ‘1. 2. 3. 4.’ Within hours of its release the song topped every major music chart and then some, justifying her reputation as one of the most marketable young talents around.

The MV comes from Han Sa-min, the director who brought us ‘Lonely,’ ‘Ugly,’ ‘Love Song,’ ‘Bad Boy,’ ‘Blue’ and ‘Monster.’ So be prepared for a lot of walking and talking. Thankfully this approach works well with the Motown songstress meets baby doll direction YG is taking his newest  protégé in. Lee Hi’s new look (thick strawberry blonde hair and bright blue contacts) is both flattering and age appropriate – a balance YG has struggled with in the past. It also fits with what proves to be a continuing theme in the MV, the juxtaposition of bright colours and cooler, grunge-inspired textures. 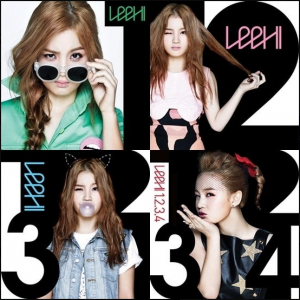 The styling for each scene corresponds with the teaser images revealed in the lead up to her debut. Of all the KPOP Stars (save maybe Baek Ah-yeon) Lee Hi had the most distinctive look and it’s good to see that YG have decided to work with that – at least for now. Sure she’s shorter and stockier than your average idol but she is also possessed of an undeniable baby-faced beauty, one that has been missing from the notoriously underweight idol scene. If it’s not obvious by this point, there are some pretty dramatic parallels between Lee Hi and Adele. Sure Park Ji-min was the one to make headlines in the west for being the Asian Adele, but this was based more on her (stunning) rendition of ‘Rolling in the Deep’ than any more insightful comparison. Both Adele and Lee Hi possess an unusually husky and soulful voice and a body type their respective entertainment industries are struggling to accept (although Lee Hi has youth on her side allowing her to rock a spunkier set of outfits).

The MV follows Lee Hi along your typical rain-soaked back street plastered with self-referential posters and up a makeshift elevator (courtesy of some interesting lighting work). The rooftop adventure that follows sees the first truly retro-inspired styling with everyone looking like they just emerged from a candy funk version of Grease. After a quick ride on a wheelie chair, Lee Hi eschews the real world for a more dramatic and abstract space. It’s at this point that Lee Hi’s impeccable styling gives out, and while the curls certainly fit the retro theme they don’t flatter her rounder face (although the backdrop is marvellous). Thankfully we cut away swiftly to another otherworldly scene, this time illuminated by a clutter of neon signage – Americana anyone? – before returning to street level. The swift progression of scenes certainly helps keep the MV from stagnating and adds to the Broadway sensibility while also being a wise move in the absence of any discernible plot. 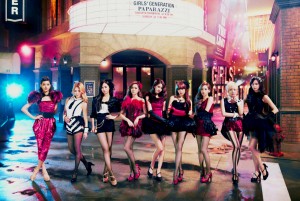 My congratulations go out to the set designer who seems to have put the much publicised budget to good use. K-pop MVs are often lauded for their vitality and visual appeal and ‘1. 2. 3. 4.’ is no exception. Oddly enough, I found it most reminiscent of SNSD’s ‘Paparazzi’ which also made use of the rich, rain-soaked palette of American musical theatre.

Unfortunately Sa-min’s experience clearly doesn’t extend to dance breaks (we’re not counting ‘Love Song’, OK) with the few dance scenes feeling awkward and disjointed. I’m divided on YG’s decision not to push Lee Hi too far in this department (although she has come along wonderfully since KPOP Star) opting instead to let her chime in from time to time with a few rhythmic hip swings. Apparently he didn’t even think to get her dancing lessons despite saying she had two left feet following her adorable attempt at 2NE1’s ‘I Am The Best.’ Which is why it’s a real pity that ‘1. 2. 3. 4.’ doesn’t show off the all-female dance crew that accompanies Lee Hi throughout her various incarnations to better advantage.

Her styling is, for the most part, pretty appropriate when you consider the established dress standards for minors in K-pop.  My only complaint would be her final outfit which exposes 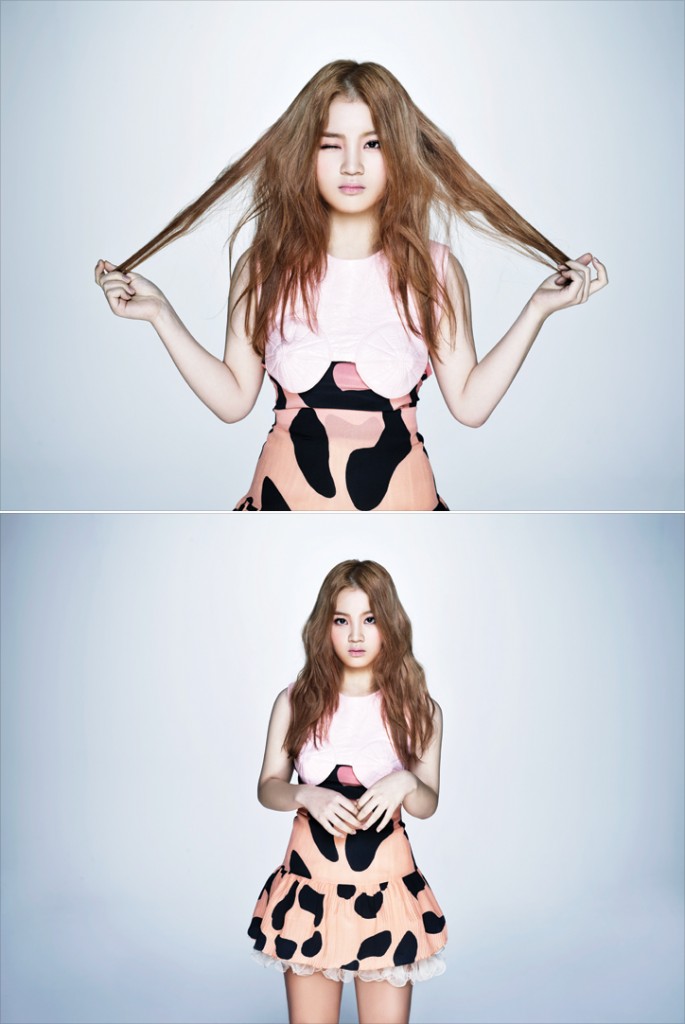 what looks to be her bra. Sure, the hot pink theme kept the MV from getting gloomy, but there was no need for it to be lacy or semi-sheer in places. Regardless, it left me feeling uncomfortable and a little disappointed given the sensitivity with which her youth had been handled until that point. At the end of the day however, she looked comfortable being herself which is the most important thing, and to be honest, I wouldn’t have found this problematic were she not quite so young and were YG not quite so inconsistent (I’d say hypocritical but gosh the stans) in his handling of minors.

The main criticism to be levelled at this MV thus far is its awkwardness. Lee Hi is not the most expressive of performers and this shows in her movements, which are just a little too subdued and robotic. Most frustratingly of all, no one seems to have told the girl to open her mouth a little wider when she sings; while this might be all fine and dandy in the studio, in an MV it’s just unprofessional. Given that this was by no means an amateur effort, it’s seems ridiculous that no one predicted this possibility.

Maybe the minor continuity errors in Lee Hi’s pose or expression couldn’t be glossed over with the available footage. Maybe she couldn’t be convinced to be a little more expressive in her lip-synching. Personally I’m inclined to put it down to bad direction; it’s not the responsibility of the sixteen year old to blossom into a fully formed idol sensation virtually overnight (remember her training lasted a paltry six months). It’s an issue of diminishing returns; the sooner her debut, the more public interest and support but the less polished her performance. All things considered, YG have done a damn fine job with this debut. After all, a confident stage presence is just one amongst many of the trappings of idoldom and doubtless, Lee Hi will grow into it with time. 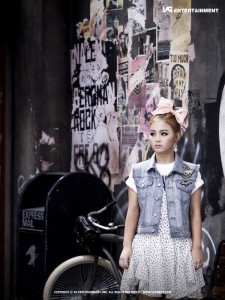 Her delivery is pitch perfect and props to YG for setting her up with a debut track that showcases her vocal talent. The song itself is a memo to a desperate ex-boyfriend to get on with his life; a time heals all wounds kind of deal, with the eponymous counting symbolising the relentless march of time. Pretty heavy stuff for a sixteen year old. While occasionally coming off like the time your little sister found the lipstick and started swilling cloudy apple juice like whiskey, Lee Hi brings a charming childlike gravity to it all which lends the song and MV an authenticity it might have lacked in less capable hands.

The closing scene (which brings Lee Hi back to the street for her most charismatic performance) is probably the most successful. Despite some disjointed camera work that undermines the otherwise fluid choreography, Lee Hi really comes into her own here, adlibbing her little heart out. Not to mention that little shimmy and kick move near the end which was just about the cutest sassiest thing I’ve ever seen.

Overall I’m giving this MV a 3.7/5 because as visually stunning as it may be, Lee Hi’s inexperience shows. Whether or not better direction or post-production could have helped we’ll never know, but with her stage debut set for November 4th, I look forward to watching this promising little lady blossom into a true K-pop star.