FNC Music‘s darling Juniel recently made a comeback with her second mini-album, 1&1, accompanied by title track “Bad Man.” This marks the soloist’s second Korean venture and first legitimate comeback. Of her mini-album, four out of five tracks were written and composed with input by Juniel, three of them entirely by her. The sole song, not by her, makes her title track.

The music video starts off with a bit from the masterful “Mask” from Juniel’s previous album, My First June, as well as one of her Japanese EPs. It’s a haunting choice for the start, making it very clear that all is not well. The development of spider webs and dried leaves add to the impression that no one has been taking care of the place for a very long time. Juniel plays the star in this one, the innocent lover that’s focused on her significant other, changing aspects of her life to suit his. So it’s no surprise that quite a few of the scenes are of Juniel reminiscing the past while going over related items or giving in to bouts of sadness, anger, or frustration by pushing things or just cocooning in bed. She feels like she’s going crazy because of the acts of her former lover. 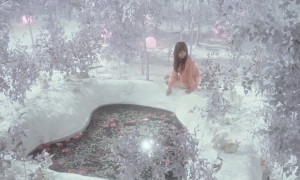 But when she does fall asleep, she finds herself in this white wonderland. Once entering this dreamland, Juniel seems to finally wake up and step outside of her sadness of before. She finds joy in the small things once more, like adorable bunnies. As she explores, her mood lifts to the point where she can add color to the land by physically adding some pink/red and by spurring the growth of newer plants that hold the normal pinks and greens. These additions help make it more evident that this world is a physical representation of her mental state. When she wakes up, the world is sunny, and she simply feels better.

“Bad Man” continues the “flower child” theme that Juniel is rocking: “Illa Illa” was centered around the relationship between a flower shop owner and an art student, and now “Bad Man” has Juniel living with nature, albeit with tidier hair. It certainly adds to the viewer’s perception of her innocence. The cinematography was well done to reflect the necessary differences. At the start, the room is dull, as if the weather mimics Juniel’s disposition. There is little light but a heavy cloak of sadness. But after she awakes and has come to terms with moving on, the room is bright and clean. There, typical bird tweets are heard, adding to both the innocence and peace factors post-sleep. In all scenes, retained is the sense that Juniel is a musician who actually lives in that room. The visual aspect was also particularly pleasing to the eye. 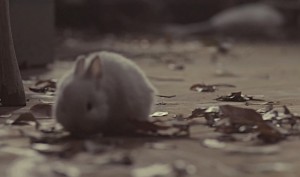 A rather adorable aspect of the video were the bunny rabbits. The white animals seemed to play Juniel’s pets that were neglected during her dark times. In her dreamland, these rabbits help remind Juniel of the other aspects of life. And let’s be honest, they’re so loveable, especially when you see them hopping around. They also are white and harmless, adding to the innocence that’s just leaking from Juniel’s image. It’s helped by her normal clothes that would probably be considered conservative by K-pop girl group standards or even female standards.

The lyrics all easily relate the music video. However, their meaning when translated to English seems a bit childish. This could have been intentional, to continue with the innocent idea that Juniel pushes throughout this music video, but also, it could’ve been the result of losing something in translation. If it is the former, it puts Juniel firmly in the position where the viewer might find the inclination to take care of her. But it also helps show that the girl is growing up. For the most part, Juniel acted decently. It wasn’t anything stellar, but it was sufficient to convey her sentiments.

Juniel’s “Bad Man” had an easy to understand music video accompanied by great visuals and song. If anything, this video helps to cement Juniel’s fresh, young image, much like (pre-scandal) IU. Expressions could’ve been better, but overall, the video was a success, garnering a 4/5.

How did you like Juniel’s comeback? Which aspects were your most and least favorites? Leave a comment with your thoughts! In addition, I recommend you check out her official channel for acoustic performances of her album.