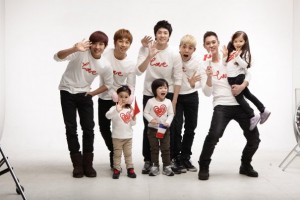 Continuing on in the series from Paloma’s coverage of miss A and Jasper’s of IU, next is the always chic MBLAQ. The group has been in the industry since 2009, originally beginning with the reputation as a group made of five Rains: masculine yet sophisticated, even with Lee Joon‘s skin-flashing. Though their variety image is one of goofballs all around, the group’s music image has kept along those mature ways in their three years together, developing a polish with time. But how does that image for their music relate to the lyrics of their songs? Here’s we’ll be looking at primarily title songs–after all, these do influence a fan’s primary perception of a group–and seeing the relation between the music and the image of MBLAQ.

The group’s debut was with “Oh Yeah!” off of debut single album, Just BLAQ. Already it’s possible to see the development of the theme of a possessive and single-minded love in hindsight. But by itself, the song is harmless accompanied by the occasional Latin strum. The song radiated the raw energy that the group has continued to bring, and it’s a memorable debut.

Crashing down like a broken pair of wings,
As I see faded picture of flowers.
My heart crumbles down without any beat
And I’m running towards you for you.

The following release of EP Y in 2010 brought us the title song, “Y,” which takes a drastically darker and vengeful turn. Expounding on the initial base of “Oh Yeah,” “Y” takes that single-minded focus on a woman and warps it into a dangerous revenge battle. 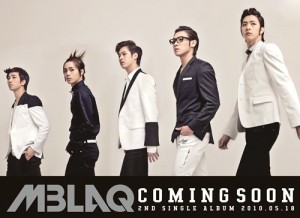 I’m slowly starting to clench my fist
To begin my revenge.

Cry hard (don’t leave)
I’ll chew you to pieces and spit you back out.

The pain and suffering are clearly expressed through the lyrics, but it’s taken a step further to the point where malevolent intent is desired on the woman causing the pain. While a softer extent of this pain is imaginable in a relationship, the more extreme side does send out a worrisome message about the idea of love. In relation to the group’s image, “Y” retained the masculinity the group possesses while raising their emotional and dramatic factors by quite a bit. This song also brought out the group’s first run-in with South Korea’s ban-hammer for their music video and with MBC for some of the lyrics above.

2011 brought out the group’s first full-length album, BLAQ Style. Headlining the act were both “Stay” (upper lyrics) and “Cry” (lower lyrics), both of which try to retain an already lost love.

I’m a blind man who’s in denial of the love that’s trying to leave.
I’m just a visiting guest.
I’m stuck in this threatening maze of yours.
I’m crazy because of this inconsistent love of yours. 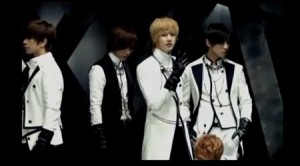 Don’t make me cry (don’t make me cry).
My tears keep falling, please don’t do this to me.
I can’t breathe, can’t think, ’cause you’re not here with me. (Oh)
You’re the only one I care for in my life.

Both songs retain the sadness over love. Can’t MBLAQ just catch a break? And I hate to say it, but it seems as if their songs are mourning a loss. “Oh Yeah” brought out some hints of denial, “Y” and “Stay” some anger, and “Cry” some bargaining. Will they end up going through the entire cycle? If anything, these two songs, and BLAQ Style as a whole, added a tad more sophistication and artistry to the group’s reputation, though more for the visual impact of the choreography than the lyrics themselves. Also, though the lyrics for songs up for promotion lay on the sad side, it must be acknowledged that there’s a sense of beauty around some of their English translations. Whether or not this is also present in the original Korean lyrics, I’m not sure as my Korean skills are unfortunately close to nonexistent.

Later in 2011, the group released EP Mona Lisa with a title track of the same name.

I can’t take my eyes off you,
Even if I can’t have you.
I’m like this for the first time. Look at me.
Where are you looking? Even if I call you,
There’s no answer from you. You’re like Mona Lisa.

And we’re back to the sad. There’s a sense of longing for a woman that’s just out of their reach. This song was closer to the days of “Oh Yeah” purely music wise, playing around with outside influences. Accompanying this morose attitude was also “I Shouldn’t Speak” on the same mini-album. Follow-up song “I Don’t Know” provided a lighter song, but was still fraught with troubles. 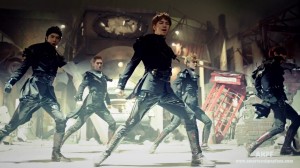 Shut up, I don’t even wanna hear it.
Beg until your tears dry up.
I will see the end of this, just watch.
You messed with the wrong person.

Once again, the revenge is back, but this time revenge on a person other than the significant other. “Scribble” and “Hello My Ex,” both also on the mini-album, also bared quiet insecurities in softer forms. The title track brought out some aggression and stayed with that music image that MBLAQ has maintained over three years. Also coming with these lyrics was more confidence in one’s own abilities, especially in comparison to the previous “Mona Lisa.”

It seems that MBLAQ has taken to promoting songs of aggression, pain, and overall suffering, with the follow-up songs–“G.O.O.D Luv,” “I Don’t Know,” “Run”– having lighter sides. When it’s broken down, the lyrics tend to relate back to lost loves, confusion, and revenge for the pain incurred. It’s in a way impressive that MBLAQ has managed to cover as many styles of music as they have while keeping the overall same subject matter. But what this has done is established a very clear impression of MBLAQ’s music, even more so for Korean fans because of the nature of the lyrics. Polished and strong music accompanied by pained lyrics equals MBLAQ. This is an equation that soundly meshes with MBLAQ’s music image: a tough bringer of revenge that is just as ready to cry or bemoan love. Is that something that needs to be changed?

Would I like to MBLAQ promote something happier and less angry? Absolutely. But would I be full of sorrow if they came out with another pained title song? Most likely not, considering the group’s track record.

While MBLAQ isn’t the most well-known of K-pop groups, they have been chugging along well enough. They have an established sound, do well in variety, and have a couple of music show wins under their belt. Each member has their strengths, whether musically or in other fields. 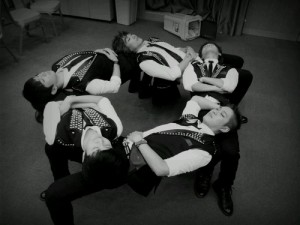 The theme of their lyrics tends to be repetitive, but the lyrics themselves tend to be written well, going for more unique phrasing or attitude. Their performances are still intriguing and different enough from one another to keep at bay accusations of repetitive material. And that is a large part of the group’s image, their performances are. With movements comparable to the music, their dances have also had a part in upholding that masculine image til the end. And in the end, this music image that is that 180-degree spin from their variety image provides the group with multiple facets of attraction.

MBC Every1‘s Idol Manager with MBLAQ hinted at a potential comeback for the group before the end of this year. Whether or not that’s true–considering variable comeback dates–, I’m looking forward to seeing if MBLAQ continues along this lyrical path of suffering.