Ah yes, a time of videotapes, bulky televisions and fax modems. Judging from how most have fallen in love with the very show that 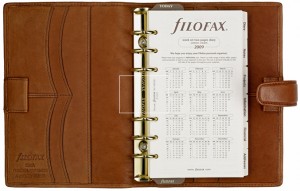 inspired the title of this article, most of us do have a soft spot for things from the past. A time when technology was thankfully a step behind, or the good feelings we have about a time when life was that little bit less fast paced or more innocent, make for such nice warm fuzzy feelings.

Viewed from another perspective though, the explosion in K-pop songs, dances or fashions which draw inspiration (or take liberally) from the past could just be another way of showing that trends are but cyclical in nature. A good example would be what was cool in the 80s, where large mobile phones, Filofaxes and expensive German cars were the things that were in vogue.

While few people I know still resort to organiser books to help with their day-to-day planning, phones seem to be getting larger and Porsches these days are shorthand for well-to-do. If that happens in the real world, then it just as well could in K-pop. After all, there are only so many “truly original” ideas in this world.

High on the “retro” index would have to be BtoB’s latest single “Wow”, which definitely cops its inspiration from the late 90s American boy band era. While it might be easy to write the song off as blatant plagiarism, there is something admirable about how the group plays to its strengths of being polished enough to pull of the song, yet not sounding too serious or obviously trying too hard.

Furthermore, it could be argued that “Wow” has given BtoB something which was lacking in some of their prior releases – identity. 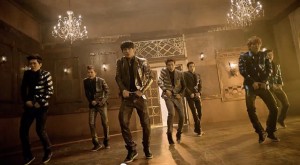 Now instead of being called the “Poor’s Man Beast”, they now do stand for something unique in the rather packed K-pop scene, packed with the all too common boy groups.

Speaking of common, something heard in almost every boy-group song these days would have to be the rap break. Come to think of it, it has become something of an obligation/requirement, with every group having that one member designated for it, never mind that in some cases, rapper is an euphemism for not being able to sing.

For this trend, one could thank early 90s pop-rap duo Deux. Running through their early catalogue, it seems that, after almost 20 years, these guys have still very much set the template for most of today’s boy group hits. Lyrics that seemingly embody a generation of youth, hummable tunes and synchronised dance moves. While some of the fashions do look cheesy in today’s context, the basic concept (before that became a K-Pop buzzword) and composition are still very relevant today, and the building blocks of most songs.

The recognition of Deux does not just stem from music critics or the publics, with today’s K-pop artistes also recognising them for their influences. A good example would be Jay Park choosing to perform their first hit single “Turn Around And Look At Me” as part of an Immortal Song 2 special which focused on recognised pop songs of the 90s and early 00s. The performance was particularly interesting for showing how well the underlying tune has aged, as well as how nicely it has done with a slightly modern spin on it.

Another new group putting a decidedly modern spin on an old formula would be the latest Woolim Entertainment dance duo Tasty and their single “You Know Me”. While the song has certainly caught the attention of K-pop listeners with its atypical chorus, heavily processed vocals and a sound that just encourages one to let their hair down and have fun, it’s worth noting such territory has been mined back in the 90s.

Back then, there was also another male duo that specialised in songs with a generally fun and dance friendly aesthetic, and successfully got the nation moving along – Clon. Slightly unfortunate moniker aside (the name was famously a mis-spelling of Clone), the group largely worked due to sticking to what they did best over the years.

However, look deeper and there are some further similarities (and possibly differences). While Tasty have admitted to being overlooked vocally due to their performance friendly songs, and are probably more talented than the song makes them to be, Clon have also been thought of as just performers of dance music, but their abilities do run deeper than that.

After the group came to an end in 2005, one half of the group Koo Jun Yup, more commonly known as DJ Koo, has gone into music production, as well as DJ-ing on annual music events. And did I mention that he helps out with juniors’ performances?

So far, these are trends that have come and gone, but how about trends that look set to stay? One of them would be how girl groups are marketed, with the alternating “dark and sexy” and “cheery and cute” concepts. While such conceptual changes usually do not amount to much, and just stick with varying the outfit’s design and colour schemes, as well as fiddling with the group’s overall sound (a little bit edgier, a little bit brigher), it’s worth noting this is nothing new.

For that we could thank DSP Entertainment’s immensely successful girl group Fin.K.L, who pulled off a rather neat transformation from cutesy teens prancing around in  brightly coloured sets, to women with a bolder, more dominating stance, complete with minimalist sets and stylish props.

Never mind that at the end of the day, both songs were still about how they needed a guy in their life to love them. Profound and dark much.

Another trend that seems to be big these days would have to be retro disco. The two key proponents of this trend would have to be Andamiro, with both her releases sound wise, and T-ara dance wise, who managed to reference almost every 80s dance move in “Roly Poly”. While the whole dance craze kind of subsided after it got very obvious that T-ara for later releases were very much variations of earworms, it’s worth being a fair bit more positive toward the dance newcomer.

Not only does Andamiro’s sound seem a breath of fresh air, it also helps that she sticks to her concept very tightly. Add to that reasonable singing ability, and she does stand a chance of actually standing out and having a clear identity to her music.

Last but not least, everybody’s favourite love-hate sub-group Orange Caramel also draws a lot from the past. While the heavily 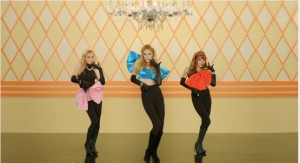 themed costumes, music that could have fallen straight out of some euro-dance compilation, and over-the-top music videos that appropriate classic movies/stories, the trio could in some ways be considered the poster child of retro cool. Their latest “Lipstick” sticks very close to that, with overly bright sporting outfits, hopelessly tight leggings and gloves, with oversized ribbons for dance outfits. Wait a minute, are the yuppies back in business again? Or have we stepped into the time warp?

Maybe all of this is just proof that old trends never really die, they just go out of fashion and then become really cool way later. Or maybe it is proof that good ideas (and music) could come from yesterday and today. Whatever it is, K-pop does owe a fair amount to yesterday’s influences, whether the whimsical or the weightly.