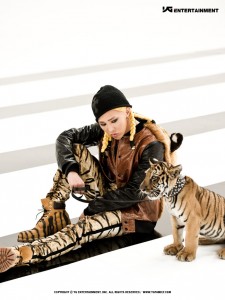 Summer is just about done and as we enter September what did K-pop have in store for us? Arang and the Magistrate is an awesomely fantastical watch and just made record sales in its export to Japan, Lee Hong-ki celebrates becoming the new MC on M!Countdown,  Leeteuk loses to a hammock, Seo In-guk and Jung Eun-ji sing “All for You” for the Answer Me 1997 OST, ZE:A‘s Kwang-hee punks his new virtual wife Secret‘s Sun-hwa and makes her cry on We Got Married, Lee Jang-woo debuts musically with “Words I Couldn’t Say,” To the Beautiful You continues the lighthearted fun–but to slipping ratings, B.A.P. goes cute with “Crash,” T-ara tries to make a comeback from scandal with “Sexy Love,” and G-Dragon sings about “That XX.”

The following are the top 5 Things I LOVED in K-pop last week.  If you’re not up-to-date with your K-pop, turn back now because there are spoilers ahead.  Big spoilers.  Big.  Huge.  I have to go blogging now.

Cable network Tooniverse, served up a three episode long mini drama called Ma Boy which was aimed more towards a tween audience. The drama was a gender bender, but in this show the boy dresses like a girl, is a top CF model and attends school as his alter ego, Irene.  The female lead, Geu-rim is played by Kim So-hyun most famously known for being the evil little princess in The Moon that Embraced the Sun and Rooftop Prince.  She gets into Daehan Arts High School in Seoul, her dream school because her fave idol Tae-joon (Min-hoo) attends school there.  The usual hijinks occur with her being the cute new girl and of course she ends up being the roommate of Irene/Hyun-woo played by Sun Woong.  The drama is lighthearted and fun, although not really impressive or original story wise.  Sun Woong is impressive as Irene/Hyun-woo, especially because when he’s Irene she doesn’t talk so everything he communicates as Irene is expressed through his eyes and facial expressions.  It’s not a deep drama, but it was a fun watch especially if you like school life dramas.

Here’s a clip from the show when both boys are into Geu-rim and Hyun-woo takes advantage of being her roommate to play a little joke with Tae-joon.

4. Attack of the Hello Baby

I have caught a couple of episodes of Hello Baby Season 6 starring the boys of B1A4 and while the boys seem cute and nice the shows haven’t been the most entertaining.  The last episode though was pretty cute with the B1A4 members and babies ‘challenging’ each other to a dance off and in the end Baro gets taken down by a flying baby.

Verbal Jint appeared on Yoo Hee-yeol’s Sketchbook and did an awesome performance of his song “Pretty Enough” featuring the vocals of label mate Sanchez of Phantom.  Yoo Hee-yeol also had a surprise for Verbal Jint as Sistar was on the same taping of the show and he brought out Hyorin, who Verbal Jint has admitted to being a fan of and wanting to collaborate with, to meet him and perform a bit of one of his songs.

On the latest episode of Running Man Olympic athletes Park Tae-hwan and Son Yeon-jae were guests.  Everyone split into teams of three and had to compete at various games to move forward.  This game where they were doing like a noraebang trampoline was hilarious.  It was an enjoyable episode and will continue into next week.

Answer Me 1997 continues to suck viewers in with excellent story telling, dialogue and acting.  The story hit its climax last week with Yoon-jae finally confessing to Shi-won on her birthday, at the noraebang and telling her that once someone confesses to the person they love, that doesn’t love them in return, means that they are giving up on that person and never want to see them again.  What?!  This cannot be how their relationship goes, can it!  ANSWER ME 1997!  The drama will end next week and I can’t wait to see how the story works out–I hope my heart can survive until then.

Those were the 5 things I LOVED in K-pop last week, were they yours?