Skull & Haha Encourage Everyone to Take a "Busan Vacance" 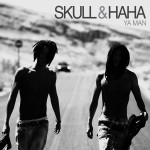 Skull & Haha returned at the end of July with their album, Ya Man, with title track “Busan Vacance.” This isn’t the duo’s first work together. They’ve performed at the launching show of The House of Marley in South Korea, even meeting Rohan Marley and other artists of the genre. They’ve worked together for Infinity Challenge as well. Since both like reggae music and have put out music of the genre, more work by them together is welcome and appreciated, especially since Skull and Haha legitimately are involved in reggae culture. Skull is a former member of Stony Skunk, a reggae duo that used to be under YG Entertainment. He’s also in the works for a potential tour and album in the United States. Haha displayed his interest in reggae culture with his last mini-album, Quan Ninomarley A.K.A. Haha Reggae Wave, with title track “Rosa.”

If you haven’t seen their music video yet, check it out below!

The duo flew out to Las Vegas in the United States to film in a dry and hot desert and in a–surprise!–natural looking club and normal party scenes. A welcome cameo was also made by “Asia Prince” and Running Man‘s resident giraffe, Lee Gwang-su. The music video itself is only three minutes and forty-five seconds long; the last couple of minutes are credits and images accompanied by another track off of Ya Man: “Waikiki Brothers.” For those that may not have heard the word “vacance” before, I hadn’t, it’s synonymous with vacation.

The entire music video, as the lyrics indicate, is about letting loose, taking a vacation, just escaping from whatever is happening in the reality. The duo is the medium that’s encouraging the behavior and providing the enjoyment. As such, in the music video, Haha and Skull go from being in a rather desolate situation–in the desert, limited water, tons of heat–to scoring a ride, and more clothes, in a swanky limo to travel towards civilization. The change also includes spikes in their attitudes and happiness, especially noted as they create a party even when it’s just the two of them. They sport signs saying, “Vacation in Busan” and “Come to Beautiful Busan,” essentially advertising the large metropolis visually and through mentions of prominent places in the song. Gwang-su time starts around 2:45 and lasts for a good twenty seconds with continued clips of his eccentric dancing intervening here and there until the end of the song.

The MV comes off as being similar to a video blog of a trip, but with more comedic intentions through facial expressions and added cartoon effects. While effects can sometimes come across as unnecessary or too amateur, in this case, they fit the circumstances. There are scenes where Haha and Skull are in stores, out on the street, and in parties, places where they look like they’re having genuine fun and potentially meeting others with similar music interests. Or at least Haha does. Skull keeps a very stoic expression most of the time, but quite honestly, Haha more than makes up for it. Gwang-su’s dance break also keeps in with this fun theme as he busts a move in a white room. It would be been appreciated if his setting was at least edited to be something more than this stark white room as it doesn’t quite fit with the rest of the music video. But what it is good for is letting those cartoon effects embellish the performance. Gwang-su’s part seems to be the equivalent to those dance breaks in idol songs, and I don’t think there was anyone better for that role in this song.

The styling sticks to normal clothing, nothing too elaborate. The typical dreadlocks associated with reggae music are present, but Skull has gone on the record saying,

Though one doesn’t need to have dreadlocks to do reggae music, I keep it on purpose to help expose the reggae culture.

The extras all are attired appropriately as well, and they are believable in their roles as party-goers. Though there’s occasional signs that something’s awkward, it’s not a big deal, especially since Haha steals the show in almost every shot. And they both seem comfortable with the situation rather than awkward in a new environment.

As entertaining as this music video is, it seems a waste to have flown all the way to Las Vegas to film it. While it does make the Busan advertising make more sense, the cost for getting to the United States, hiring the crew and extras for the scenes done seems to be a bit unnecessary. They probably could have gotten a similar effect staying in Korea. While probably would have been less non-Koreans in the music video, the spin taken could have been instead extolling the virtues of Busan visually, showing why people should go there.

Overall, the music video gets a 4/5. The MV means to be fun, and it undoubtedly achieves that as it’s an entertaining watch. It fits the lyrics well, and the duo made the scenes believable. The music video was also filled with high energy and excitement, assisted by graphics that were there just the right amount to not be too cheesy or out of place. It’s not a mind-blowing music video, but that isn’t the intention. It’s to give you a vacation for that three minutes and forty-some seconds from whatever work you have to do, and the music video accomplishes that.

Did the music video for “Busan Vacance” give you a laugh or get you in a partying mood? Leave us a comment with your take on it! 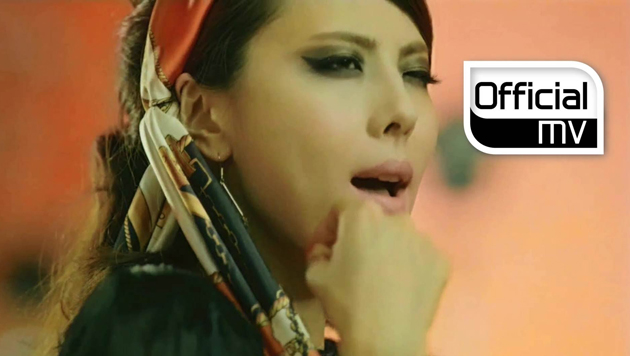 Borrowing from Other Genres: When It Works

Byul and Ten Years’ Worth of “Nostalgia”