Ballads In K-pop: Fillers, or Something More? 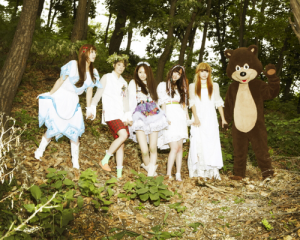 Oh, ballads. We love them, but hate them at the same time. Don’t we sometimes go, “Oh, not another one of those”, when we hear the slow, all-too-familiar orchestral introduction, brooding piano chords and occasional mysterious flute lines come on in shuffle mode? Indeed, do ballads serve any other purpose apart from taking up space in our idols’ albums as heartfelt odes of love to the fans?

While it’s all fine and good for our favourite idols to release ballads every so often, producers shouldn’t put in any more than two per album. Cutting down on the ballads would free up space for more experimentation, à la f(x), and allow for musical progress. Though they might still be finding their function, they are at the very least, on the right track. Releasing less ballads, ironically, would increase their singular artistic value, as fans would be able to connect with their favourite group in a more genuine, heartfelt manner.

So into U isn’t the best ballad ever, but it does allow fans to look beyond the superficial f(x) concepts, and finally get a chance to hear the group sing without the fear of anyone suddenly breaking into sprechstimme.

One album that takes the cake for having too many ballads is Super Junior‘s Sexy, Free & Single. Super Junior is extremely capable of singing a wide range of songs, with members that can actually sing really well. The producers could have had them release some jazz, rock, R&B, or even incorporated some trot, but they disappointingly stuck to the “hook song, some upbeat tracks and slow ballads” formula to fill up the album. They sound really good with R&B, and I wish that they’d do it more often.

When K-pop albums have too many ballads, one gets the feeling that the artist is trying to account for the presence of singing talent — which is rather unnecessary, since pulling off a variety of musical styles aside from ballads would also require some kind of talent to accomplish. Jo Kwon‘s solo album is a testament to that fact – it was a success owing to the versatility of his clear, strong voice (which undoubtedly shone in many of the tracks), and not because of the English ballad on his album, Just A Kiss. Other groups, however, fail to realize this, and continue releasing average-sounding ballads that show off vocal ability, but do nothing else for the album. EXO could have experimented with more tracks similar to What Is Love, instead of inserting the melodious but typical-sounding Angel. Baekhyun‘s and D.O.‘s voices are clearly made for more, and it’d be a pity if they were only allocated ad-libs in songs like MAMA.

Ballads fit best in drama or movie original soundtracks, and even then, they shouldn’t completely occupy the album — which is why I’m loving the choice of J-Min‘s Stand Up, which is an uplifting song that has elements of rock, as the main track for the drama To The Beautiful You.

All in all, ballads are created to touch hearts, and for that reason, should not be released in abundance. Ballad-saturated albums render the aural experience more tiring, and less meaningful for the listener. They can be inserted, one or two at a time, into albums, but idols must make sure that these releases are sung with a good grasp of technique as well as a certain depth of emotion. This will allow artists to connect with their fans and even casual listeners, while at the same time ensure that primary album concepts remain firmly established.