2NE1 Rocks Out at Prudential Center 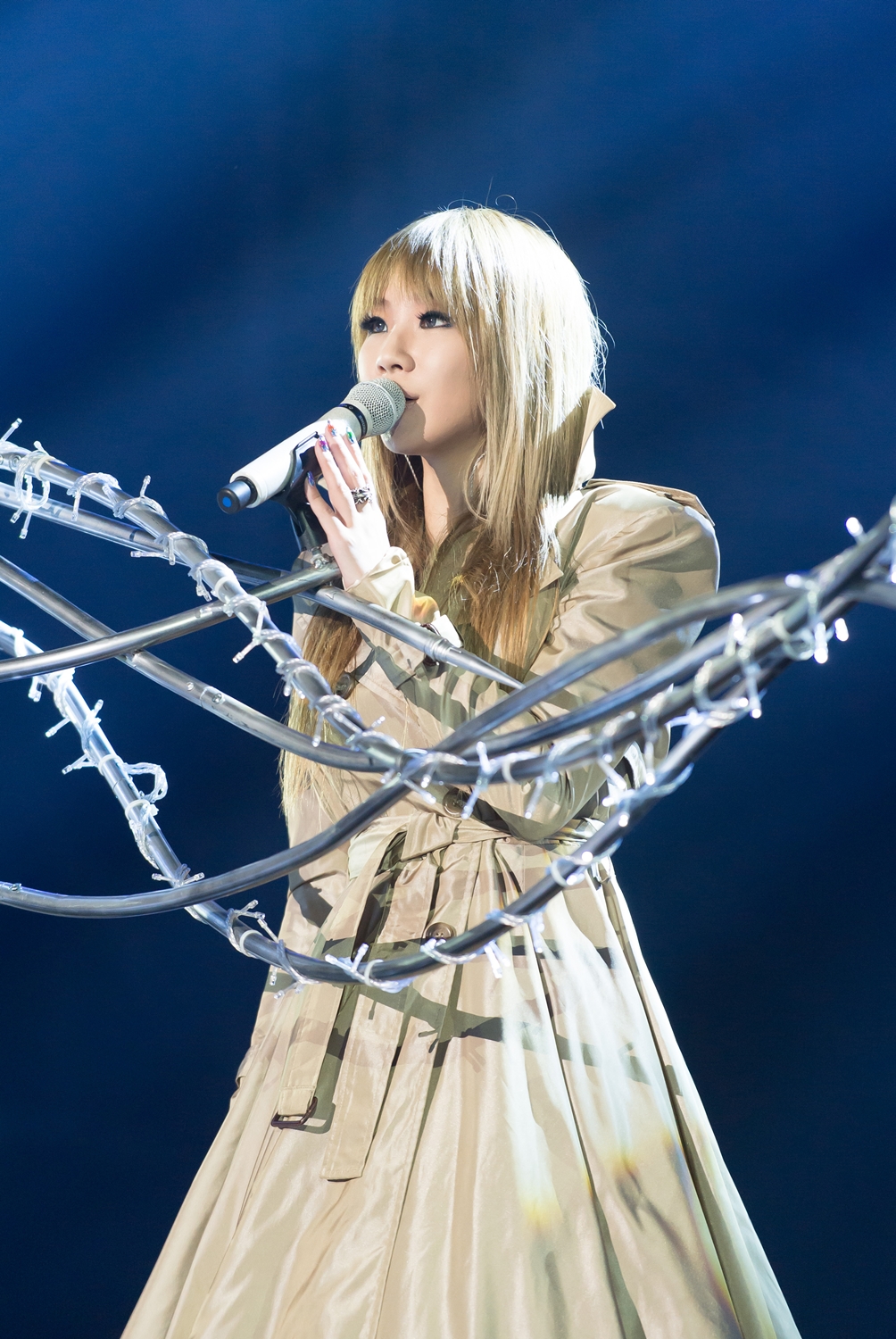 I had the pleasure of attending 2NE1 concert at Prudential Concert with Amy last Friday, which marks 2NE1’s first solo full-length concert in the States. While we were a bit frustrated with the delayed start, the 2-hour concert was more than worth the wait.

The concert hall slowly filled up pretty quickly once they allowed ticket holders inside and the first floor was pretty full. In comparison, I was surprised to see the general admission section less than half utilized but maybe Blackjacks are lazier or smarter than your usual K-pop fan? Take your pick. One additional observation about Blackjacks is that they are not shy about embracing 2NE1’s fashion with bold colors. At first, I was a bit taken aback, but I couldn’t help but to give everyone there an A for effort.

The concert started off very strong and energetic and within the first ten minutes of the show, I forgave the girls for the long wait. The energy on and off stage was contagious and I had fun singing along their songs. Additionally, it was great seeing them live in action. As mentioned multiple times by our writers who attended concerts, there’s lot to be said about seeing them in the moment doing their thing. Not only do you get to witness the show live, you can also see how they deal with all the small and big surprises that come with live performances.

For instance, seeing how CL dealt with mic malfunction made me realize why she’s a leader. She’s so energetic and had so much swag on stage that I couldn’t help but to develop a girl crush on her. Watching Minzy doing her crazy, sexy dance and taking a dive on stage, was somewhat disorienting to witness but after two hours of such, one comes to slowly accept that the group’s baby is growing up. Listening to Bom made me realize that she may not be the best performer when nervous but her obliviousness made me relate to her. It was rather cute when she didn’t follow her band-mates who slowly started walking towards backstage as the song was about to end, and she was left alone on stage, resorting to running back by her self, while giving the audience a heart sign. And Dara is a hard worker. She tries hard during all performances and can wear all the crazy outfits to make 2NE1, well, them.

In addition to seeing the ladies in action, the production value of the concert made my experience worthwhile. The props, the special effects and the random effects were all two thumbs up. The random W.T.F moments with the Kwon twins were my favorite. Not only did they show us their perfect abs, but they were good sports about randomly showing up inside a gigantic drum-set or a bubble during the concert. I’m not sure how hard it was for them to maintain a straight face during such ridiculous activities, but they had me impressed. 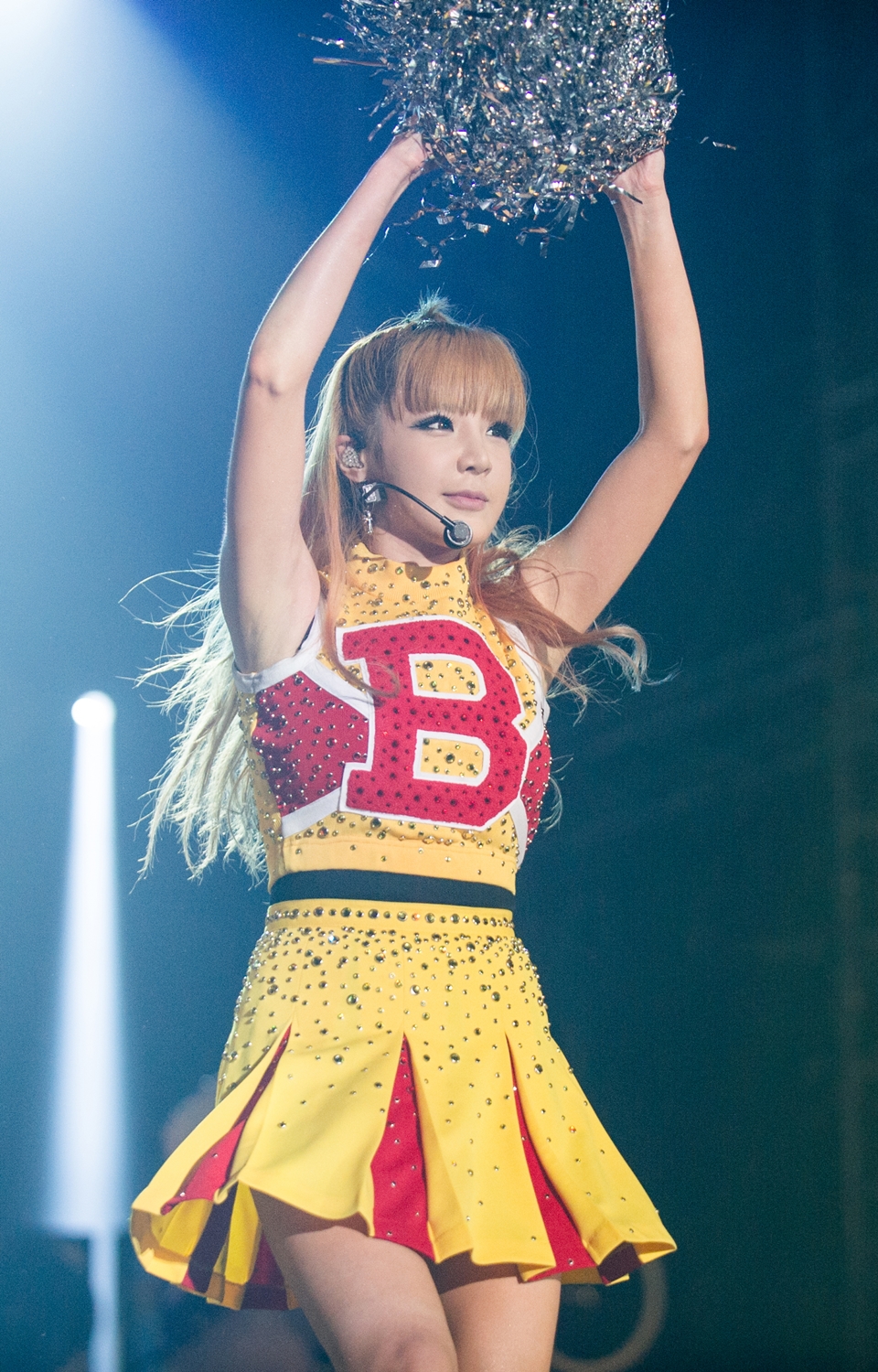 In fact, our expectations and excitement for Big Bang’s concert in November at least doubled after seeing how serious YG is about putting together a good show. Amy and I were discussing the likeliness of the general admissions area being at capacity with excited VIPs and I have a feeling that we won’t be wrong.

One thing I would like to have seen more from the concert was the ladies conversing and interacting more with the audience. Both CL and Dara are comfortable speaking to the audience and it would have been nice to hear more than the concert usual “Are you ready to go crazy? Are you excited? Are you having fun? Are you ready to dance?” But to be fair to the girls, maybe they just didn’t have the chance to express themselves because they were running late. I’m actually curious to hear about their performance in LA to see how similar or different the performance was.

On that note, if you have the opportunity to get tickets for the LA concert, I’d highly recommend it. If you have been a silent fan of the girls, you’ll be impressed with them on stage, particularly CL and Minzy. The two are highly energetic and can dance like no other.