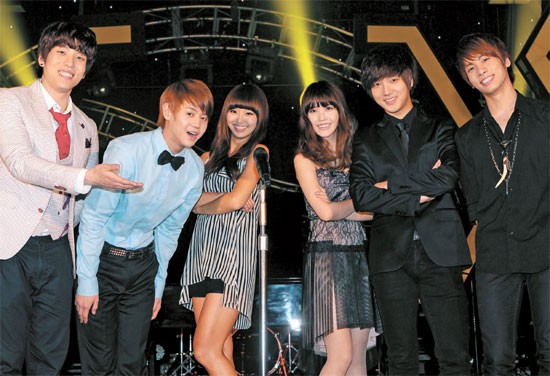 I’ve never been much of a K-variety or even a K-drama addict, but if there is one thing that I know I do obsess about in the world of K-entertainment, it’s the music. And put a little spin on the music by adding a dash of competition, and it’ll certainly be something well worth my time. Such is the beauty of Immortal Song 2, KBS2‘s singing competition program starring idols of the mainstream scene.

Having debuted in June of 2011, IS2 was a both highly anticipated and highly criticized program underway, as many felt it too similar to popular singing programs such as I Am a Singer. Just a short time after the IS2 pilot, IS2 PD Kwon Jae Young was interviewed about the remarks, both good and bad, being said about the show.

It’s something we expected. Singing battles have become a trend for broadcast companies. Not only does Immortal Song 2 have the same frame as I Am a Singer, but also Superstar K and Birth of a Great Star, if you look at it that way. Immortal Song 2, however, is a corner created from the original Immortal Song. The concept of having other singers learn to sing another famous singer’s song has always been ours, but just changed to match up to the current trend of song battles. 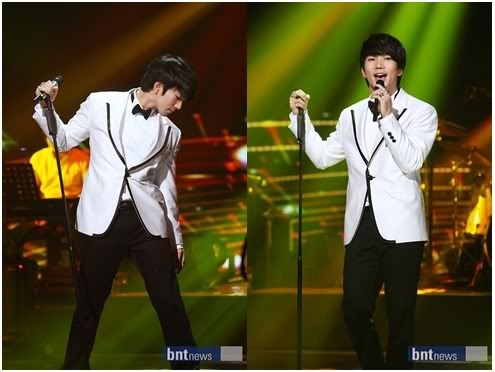 The incorporation of an all-idol cast also had it’s place in IS2 originality. With this angle, IS2 would be helping idoldom clear its notorious reputation for a lack of substantial vocal talent (i.e. the “3-second singers” stigma).

The idol contestants usually perform classics and older songs, and are challenged by having to arrange the song in fashion that suits modern music tastes and includes a bit of personality. The premise of the show has contestants compete against one another and receive an evaluation by music experts and often the original singers of the songs being performed, however no one is ever eliminated. Thus, each week, you can watch your favorite idols go head to head trying to out do one another with their music capabilities.

The reason I bring up IS2 now is because I think it is a show that has not only been gaining a lot of momentum despite its shaky beginnings, but also been an eye-opening experience for many music fans, including myself. Often times, vocalists in idol groups are over shadowed by prettier, more visually appealing members who ultimately get more airtime, and this often leaves vocalists maybe a minute or so on a music special or a solo stage at concerts to really show audiences what they’re made of. IS2, however, provides these idols to showcase their artistic abilities on a stage that is all their own each week. But don’t just take my word for it.

Sistar has always been just another mediocre girl group to me, and I never could really find it in me to give them the time of  day. In doing so however, I inadvertently missed out on discovering Hyorin, Sistar’s lead vocalist. Luckily, IS2 delivered me from my ignorance when they casted Hyorin. I soon came to find her a stunning singer, capable of depth and delivery this is very much unprecedented considering only her work under Sistar. Here is one of my favorites–Hyorin’s performance of “Mini Skirt.”

We all knew from the start that Jay Park could strut his stuff with some serious swag, and this performance of “The Meaning of Love (Love is a Doubled-Edged Sword)” is no exception to his charismatic charm.

Even rookies like Ailee get a chance to star under the IS2 spotlight. After being discovered through her Youtube covers and contracted and coached by the likes of Wheesung, Ailee made her 2012 debut back in February and has been gracing us with her powerful voice since. Her performances on IS2 have revealed Ailee to be a seriously apt singer, hitting deeper pitches and high notes with great ease and ability. Her rendition of “Light and Shadow” by Patti Kim captivated the audience, stunned the other contestants, and even moved Patti Kim herself.

Ryeowook has been a IS2 for a while now, and it’s no secret that he is a powerful vocalist. However, his latest performance on IS2’s most recent episode was a classical arrangement that had me at a loss for words. I’ve been an SJ fan for years now, but I never knew Wookie had this kind of presence and power when it came down to his solo stages.

And, of course, how can I call 2PM’s Junsu my eternal bias lover without giving him his spotlight. Junsu recently made a his return to IS2 after a one year absence due to 2PM’s Hands Up Tour and Japanese promotions. However, one of my favorites performances of his is from last year. I had always known Junsu to have his musical influences in soul and R&B, but he sheds that image for a bit of rock’n roll flavor in this ballad performance. Charged with an energy I have never seen Junsu with before, this performance still makes me blush every time I watch it.

Needless to say, IS2 brings you your favorite idols like you’ve never seen them before, and it truly is a treat to watch them rock their stages with the power in their voices that all too often goes unseen. If you have yet to jump on the Immortal Song 2 bandwagon, it is never too late, plus it’s also easy to be a casual viewer as well, as the idol cast is there each week with a new song to wow you with. Though perhaps unable to prove that all idols are not completely useless, Immortal Song 2 has definitely proven that there are idols on the mainstream that can hold a tune for certainly more than three seconds.