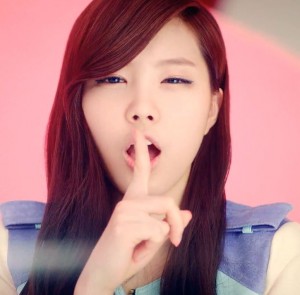 With the hype surrounding Nu’est‘s and Hello Venus‘ comeback, I’ve been hearing a lot of people using the term “guilty pleasure.” It’s not the only time I came across this label, as most of the sites and blogs I visit often use this tag when talking about K-pop as a whole. Fans should keep a low profile and hide any traces of their crazy addiction, preferably by locking them in a secret drawer, and would probably be more willing to display their porn collection than their Teen Top album. But why does this happen? When did K-pop become a guilty pleasure and what does this mean?

The “pleasure” bit is easier to understand. Our senses and not only provide a colorful palette of ways through which we require to be entertained. K-pop picked up the hint, making itself delectable, be it on a musical and visual level and — why not — a sexual one too. Its acts are a full treat. Entertainment companies are meticulous with their material, offering what they consider to be the object of our affection: attractive and charismatic singers, learnable dances and intriguing personas to care for. Furthermore, the world they present to us is carefully manufactured and scrupulously decorated: HD videos, weekly appearances on music programs, drama MVs, variety shows to keep us busy. In short, plenty of money and effort goes along with delivering the final product. It’s not hard to get into K-pop and dwell in the luxury it unfolds.

So why guilty? Maybe I’m over-analyzing, but K-pop as a hidden treasure-that-shall-not-be-seen bears some implications.

For the music genre itself, the certain image it has could explain why it’s deemed as repellent by non-listeners. Many detractors who dipped their hands a bit into the realm of K-pop denounce its shallow nature, generalizing after listening some famous hits. They omit the universality of the case: some of the most loved tracks everywhere happen to lack substance. And meanwhile Adele is still being called to the rescue of music charts, proving soulful music is not the antonym of popular. In fact, I could do the same with my favorite music scene, which has its fair share of exceptions: B.A.P., Sunny Hill, Brown Eyed Girls, Epik High, IU, Baek Ji-young, Verbal Jint or Busker Busker. 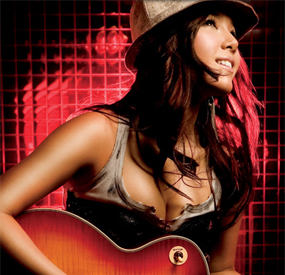 The majority of artists have their good tracks: Wonder Girls‘ “Girlfriend,” 2PM‘s “Without You,” Miss A‘s “Good Girl, Bad Girl,” SNSD‘s “Tears.” And this is just to scratch the surface. Yuria, SoulstaR, 4K, DIA, Son Ga-eul are also artists that I stumbled across who aren’t bad at all. K-pop is diverse as any other music industry, only that it takes time to discover its potential since it is not a dominant industry.

But even if K-pop was an “inferior genre,” there’s still no reason to feel shame. Mainly, a guilty pleasure refers to something we enjoy despite its incompatibility with our own (or others’) higher standards. We incline to believe a product is low-quality and by accepting the uncomfortable truth, we are absolved by the shame of savoring it. Elitism emerges: some tastes are legit, some tastes are not. On the other more human side, we listen to what we like and our tastes in music speak for ourselves. Our choices define us — clothing, music, interests. Why the need to suppress them? The self-loathing kicks in when the society regulates what we want to express. Effeminate dudes, excessive cuteness and silly dances don’t stand a chance: just what is all that?

Well, those are the things that we love. Are they embarrassing because commonplace pop music runs on a different formula? A big, fat “No!” I spend hours on this and I’m positive I’m not a singular or rare case: I follow artists’ activities, I try to do the dances (successfully or not), I laugh at variety moments and I will not bear the burden of guilt. By doing so, we’re practically turning our backs to diversity. Extensive speeches, like those advocating for freedom, equality and acceptance aren’t just for special occasions; our everyday lives and actions, as small and insignificant as they may be, shouldn’t contradict the values we proudly proclaim. K-pop is not a deviance, an abnormality. It’s just different and the efforts to classify it as abominable because of its unique features are at the end of the day incredibly narrow-minded.

The norm is not synonymous for normal. While the first one deals with the common traits and values of a group or populace, normal as we use it comports different significations, it’s vague and in my opinion nonexistent. We have opinions, not universal truths. Asking for respect from the others is not a revolutionary road to walk on. When a hateful attitude becomes general, people are more prone to diss, with no arguments or background — only with a lot of support from their peers. They believe it’s their right to inflict their opinions on everyone else. You know how the book stores have a special section for teens? The books on those shelves should belong to their sections (SF, contemporary literature etc). The book store, though, separates teen books and the real ones, with the former having an infamous reputation: an example on how some are determined to feel guilty for their tastes.

But the wrongest of the wrong in associating a preference with the tag of “guilty pleasure” is the encouragement of a climate saturated with hatred; we don’t discuss music, we compare our tastes to see which one’s is better, as in comparing resumes, not for a job, but for a status. Do you remember that kid from “Kids React to K-pop” who claimed 80s music is the best while his generation blows? The reason for affirming such superiority would be a more elaborate message he gets from his profound music, but at the age of 10, does he have the means, the background or the maturity to decode it? A more credible hypothesis is that people around him give him the notion of “good music;” as long as you like it, you win the case against everyone else, raising above them. The bothersome part is the artificial nature of this process. We don’t decide what we love, we just do; our feelings and preferences are rarely the result of a logical, deeply rational analysis. Having a genuine interest towards a type of music is natural and by no means should we falsify our inclinations.

K-pop is a music genre that has its own algorithm which I applaud and I love to discuss to its minor details; besides, I don’t owe anybody an explanation and I’m far from supporting snobbery, whichever shape it might fill. It entertains me, surprises me, contradicts me, but most of all, it’s worth it, being as legit as any other music form. I don’t need to come out of the closet and say how much I enjoy it. What about you? What are your views on K-pop as a dirty little secret?