2NE1 Does France in High Fashion 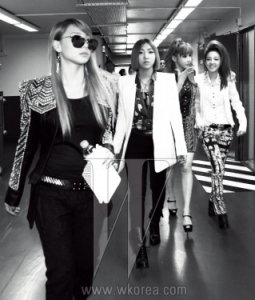 Last month’s one of K-pop’s most popular girl groups, 2NE1, headed to Cannes, France to take part in the Cannes Lions International Festival of Creativity. The girls acted as speakers and even performed “Can’t Nobody” during the “Korean Wave Through Digital Wave” seminar. Fashion magazine W Korea tagged along with the group, playing the part of paparazzi and taking advantage of the beautiful French setting to shoot a high-end fashion pictorial. The results were stunning to say the least. With so many magazine spreads featuring sterile surroundings or rooms crammed with eclectic junk, it is nice to see one like this, out in the real world where sunshine replaces the harsh lighting of a studio. The girls were styled in gorgeous designer clothing with a somewhat avant garde flair to match their own larger-than-life personalities. The main drawback of the W feature is that they each had but one look, to make room for the other behind-the-scenes shots. Let’s take a look at 2NE1 in France! 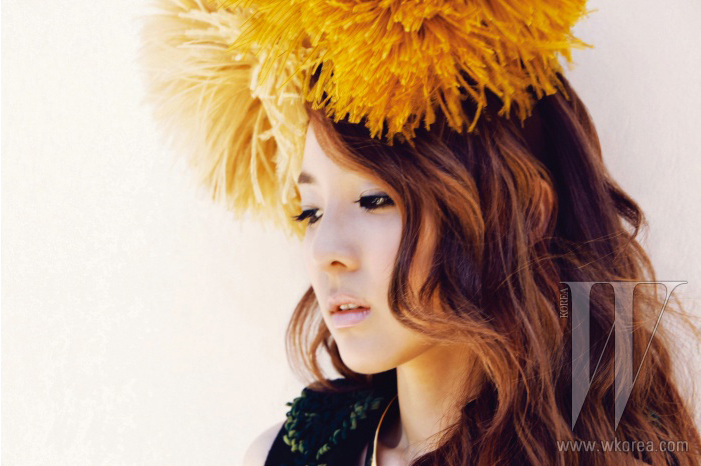 Before Dara made headlines for shaving her head, she was wearing her locks in long, soft waves. In the group photo above, you can see that she’s wearing a plush, moss green embroidered dress from the upcoming Fall 2012 collection from Alexander McQueen off-shoot label McQ. Your grandma’s couch from 1970 has never looked so good! If only the focus of this shot was the dress instead of the crazy feathered headpiece. 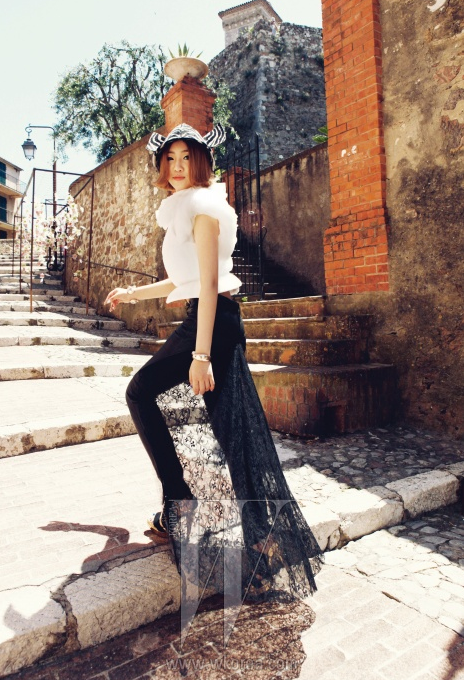 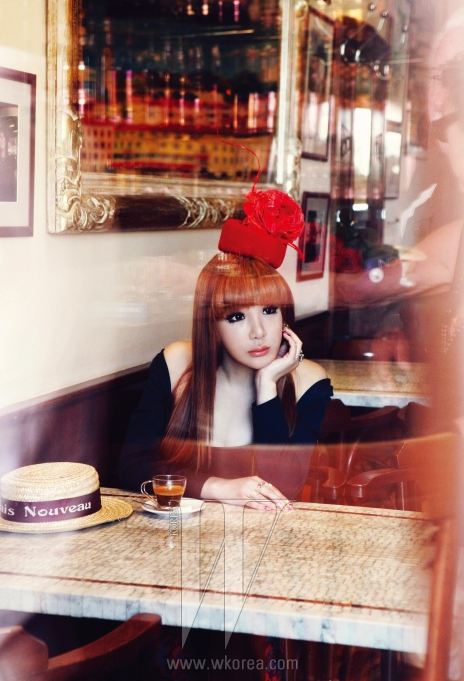 Minzy struts her stuff in a peplum blouse from Corrie Nielsen’s 2012 Fall collection. It features funky, huge ruffles at both the collar and sleeves. Her lace-trained leather pants complement the top, being interesting enough to keep with the over-the-top styles, yet not so crazy to detract attention from the rest of the look. While Minzy’s demeanor on stage often makes you forget how young she really is, her quirky zebra print hat is a nice touch for the maknae. Switching gears to the eldest member, Park Bom sits in a cafe wearing another top from Corrie Nielsen; hers is a corseted top with long sleeves attached. The brilliant red hat steals the show, giving Bom’s ensemble a Breakfast at Tiffany’s meets the Kentucky Derby feel, which may sound like a weird combination–but she is totally working it! 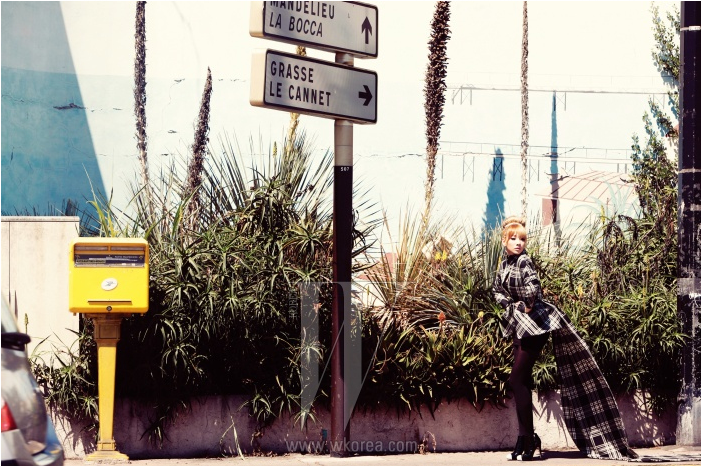 Finally, the leader CL stands along the side of the road looking like the most chic lost tourist you’ve ever seen. Her plaid jacket with the long train is yet another fantastic piece from London-based Nielsen’s Fall collection. CL’s basic black items that round out her look let this statement jacket shine. Her classic bouffant ‘do adds a touch of glamour to the styling.

Which member’s got the best look in this shoot? Are you disappointed that more French designers weren’t featured?