Of All Things Good and Platinum: Getting Real with Idols' Fake Hair 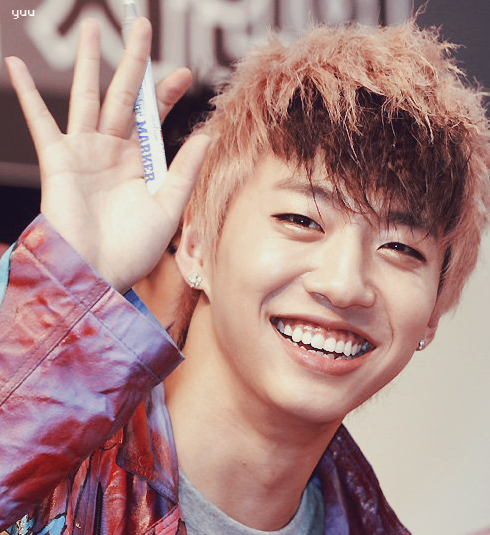 It seems like most idols are willing to compromise on a lot of things when it comes to making it big: their sleeping and eating habits, contact with their friends and family, their health, their skin, and yes, even their hair. As far as aesthetics are concerned, apart from the expensive wardrobes and accessories, changing up something as minutiae as hairstyle is pretty damn important in the world of idoldom, and apparently going the extra mile with the peroxide bleach is all idols may have to show when it comes down to the precious strands on their heads.

Now, you don’t need me to tell you just how crucial idols getting new hairstyles is–with nearly every new song or album or music video, there is a concept change that usually calls for new hairstyles all around. And many idols opt for the weird and the wonderful as a part of their statement making process. I mean, take for instance Sunny’s blonde wig (yes, it was a wig) from “The Boys.” Now as I leafed through all the teasers for “The Boys” that had been released, I was like, ‘ok, ok, not bad,’ but when I came across Sunny’s photo, things got real. The vivacity and glow the blonde look gave Sunny helped set a tone in “The Boys,” and her presence was all the more commanding because of the contrast between the darker music video sets and wardrobe. That was a good blonde moment for K-pop.

But as much as I love seeing what idols do to their hair, it also grounds for another worry. It’s no secret that Asians come readymade with dark eyes and dark hair (with a few exceptions, for example Go Ara and even my cousin, who somehow got green eyes and whom I still curse with envy to this day, but thats another story…) so there is no changing of hair color without lifting the original, darker color out, usually by means of bleach. And that’s where the weird and the wonderful gets ugly. 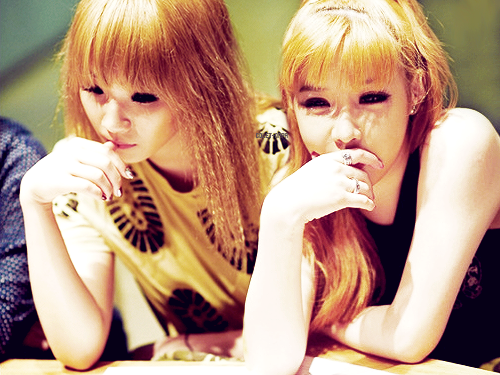 Now I’m not trying to raise petty concerns like “Oh no, oppa’s/unnie’s hair looks so sick,” or something like that. But the harsh reality of bleach is that it does some very real and serious damage to hair, and even more so with repeated application. To better understand just exactly what bleach and bleaching agents do to hair, I did a little bit of reading on the LiveStrong website. 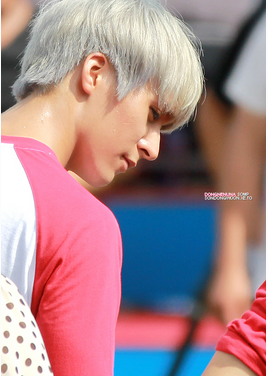 Hair bleach works using a process called oxidation. During oxidation, bleach ingredients release oxygen molecules that bind to melanin pigments and gradually dissolve the pigment. This is why the longer you leave the bleach mixture in place, the greater its effect…Bleaching opens the cuticle, or outer layer of your hair, causing hair shafts to become porous.

According to Arlene Alpert, author of “Milady’s Standard Cosmetology,” the more porous your hair, the more dry, brittle and ultimately fragile it becomes. Dryness results because although porous hair readily absorbs moisture, it just as easily releases it. Brittle hair results from weakened bonds that reduce elasticity and increase the risk of breakage.

Needless to say, bleaching is not the kindest thing you can do to your hair or to your scalp, but plenty of normal people and, hell, even myself have tried a hand at changing hair color. However with so many of our favorite K-celebs bleaching their hair over and over again, I can’t help wonder about the sustainability of some idols’ greatest commodity: that luscious head of hair.

Of all the things companies exhaust in the effort to project an idol’s stardom, I would never imagine hair as being something at the top of the list, but it is apparently so. Which is all the more confusing because normally exhaustive efforts are meant to preserve an idols appearances, not damage it. From pricy make up to questionable medicine, it seems like any and all efforts are to keep to the idol machine going, not wear it down. But then why does the quest for the peroxide bottle seem to be so rampant? 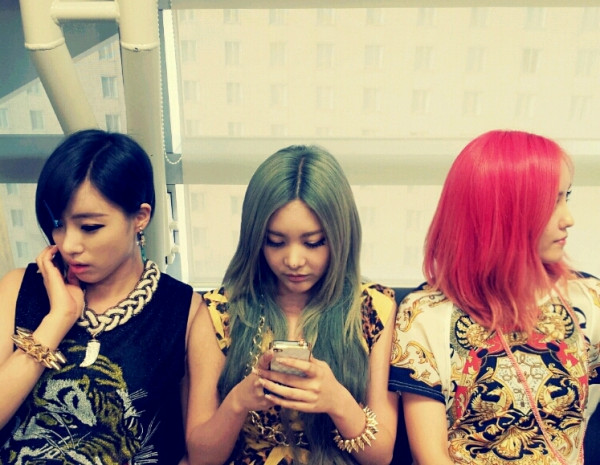 I’m sure to some extent I may sound foolish for complaining about something as transient as a fad for lighter hair. And, sure, I’ll admit to perhaps to dramatizing what could otherwise be seen as a fluffy fangirl concern. But, honestly, some idols do worse things to their hair than they do to their sleep schedules, and we all know to well the kinds of numbers idols pull with their sleep schedules. I mean, I adore my biases as much as the next fan does theirs, but can you honestly say that you love Dongwoon’s synthetic looking, faded white-blonde locks, as seen during the recent filming of Dream Team? Don’t you feel for CL’s fried and crimped golden tresses? Did no one cringe even a little seeing some of T-ara’s hairdos for “Day by Day?” I mean at some point, even our favorite idols begin to look a bit unkept.

Bleaching can also cause severe damage to the scalp and hair follicles, which in some cases may result in hair loss or permanent damage.  And while I’m certain most idol-hair stylists are using the best products when it comes to their idols’ hair, idol are still coloring and treating their hair constantly. Even our poor baby Zelo has been dealing with scalp issues of his own, as revealed in more or less a subtle way no thanks to fellow B.A.P. member Himchan.

And, yes, you can point the finger and call me nit picky if you want, but if idols are going to sell themselves on the market like they do (and they do), shouldn’t they be putting their best face and head forward each time. And if that means laying off the bleach for a while, is it really that much of a bad thing? Plenty of idols keep to more natural tones and succeed in showcasing great hair all the time. Take for example SNSD’s Seohyun and Beast’s Doojoon. I have never once seen Seohyun with anything lighter than a hazelnut brown, and Doojoon is almost always rocking black or dark brown hair. Also DBSK’s Yunho also sticks to darker colors, as do a lot of other idols, and they all manage pretty well for themselves on the pop scene. 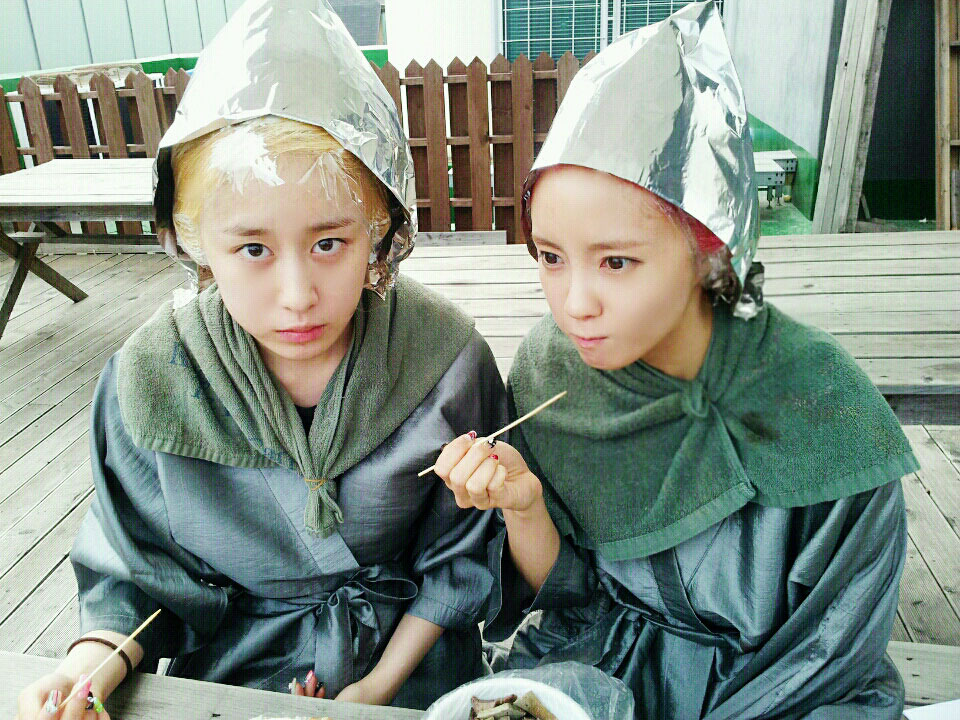 So while K-pop idols are becoming more and more proactive about their music and schedules and artistic integrity, maybe it’s time they also got real with their hair. In the grand scheme of it all, managing their hair may seem like an afterthought better left to stylists, however it’s seems as if even voicing a bit preference or a strong suggestion may go a long way in maintaing the health of their hair and ultimately the liveliness of their image. And is that really too much to ask, especially when image is the name of the game?

As much as I love beautiful idols, I want idols to stay beautiful too. At the end of the day, hair damage really is a petty thing to fret about, but it is also a very real and almost frightening trend among the idols we love and worship. The copious amount of product they use in their hair will undoubtedly add up, and in perspective, the health of their hair becomes a very real and viable matter. No one, fans and entertainment agencies, wants to watch their idols or their idols’ image fall apart at the seams; so why encourage that the breakage begin from now?