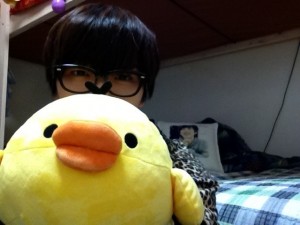 It is no secret that I’m not the fluffiest of people. I gag at aegyo and I glare at the computer every time an idol tries to woo me with their “buing buing.” So it has been a struggle for me — much to Ree’s chagrin — to get into B1A4. I’m not going to deny their vocal talent, and I don’t writhe in pain when I hear Baro’s rapping but their adorable, clean cut, boy next door image didn’t really appeal to me.  After B1A4 released “Baby I’m Sorry,” I thought maybe, just maybe, that they’re going abandon the aegyo shtick and show me how manly they are. I also may or may not have found a GIF of Jinyoung doing a body wave that contributed to my change of mind.

So I, in an effort to appreciate B1A4, watched their newest single, “Baby, Good Night.”

Okay, so the song at first is kind of addicting. I’m going to admit to frolicking around my kitchen singing “Dancing, dancing, dancing in the moonlight,” hip swivels and all. However, I was a bit perplexed by the music video, so in order to clear my confusion I looked up the translations.

What. The. Firetruck (Cussing is frowned upon in this establishment so please enjoy my substitutes).

Just from the music video, I knew the plot had references to cheating, although ambiguous. It was veiled by hideous and gimmicky attempts at Cowboy and Native American garb. That was something that irked me right off the bat, but that’s a topic for another article. 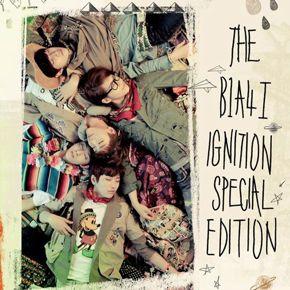 So here we have the boys dressing themselves up with some questionable fashion choices for what seems to be an innocent, fun night out. It’s only about halfway into the MV that we see CNU — the boyfriend in this fictitious story line — try and pick up a girl. Uhhh… weren’t you just feeling guilt over your girlfriend like five seconds ago? It’s fairly obvious that CNU is trying to mack on that girl — and not only that, all his friends cheered when he did so.  Not to mention the entire time, the lyrics are just apologizing for being deceptive. Not cool bro, not cool. And to wrap up this MV? We see that the girlfriend is actually cheating with another guy.

So should I make the call to Dr. Phil or can you handle it? Or do you want a more confrontational style a la Jerry Springer? While you go make that decision B1A4, I’m just going to have my head make contact with this desk. Repeatedly.

Though this music video is not as atrocious as Teen Top‘s “No More Perfume On You” I was a bit uncomfortable with the message. Though I may be a bit old fashioned when it comes to real life relationships, it’s okay for a guy to have a fun night out with his friends. There is nothing wrong with that, but the fact that the MV portrays CNU feeling guilty and picking up girls kind of has me side-eyeing the video. Not to mention the end result has the girlfirend also cheating. I’m no relationship expert but that is not healthy. Cheating is a serious topic and the fact that it was glossed over by such cute was what unsettled me.  Oh, and some of the comments these fans were giving had me losing what little faith I had left in humanity. It seems that some fans are okay if they were cheated on because it’s B1A4.

I thought I’d never say this, but can I have “zoom zoom like a rocket” back? Or is it too late?

Did B1A4’s aegyo over infidelity make you WTF or are you  still recovering from the atrocity that is the wardrobe? Leave your comments below!