Timing Is Everything: Why Now, Hallyu? 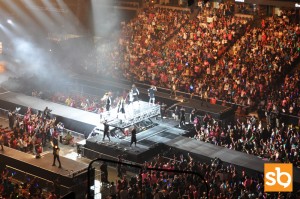 K-pop has a strong and loyal fandom which includes both Korean and non-Korean listeners. By now, nearly every follower knows what the Hallyu wave represents. No matter how much we roll our eyes, one can’t deny that as a niche market, it holds an incontestable amount of power and popularity. What makes it so special though and why now? Catchy hooks and Western-influenced melodies? Kenyan contemporary music has them as well, but it’s far from being all that popular.

The fascination for South Korea is secondary to an overall interest for Asian countries. The last 50 years have made the Western world more aware of their Eastern counterparts. Take the Nobel Prize as an example. If the Eurocentric committee found Asians unworthy of such honor in the past (only three Asians won a Nobel award in the first half of the century), the last 50 years of the 20th century, about 30 other Asians won the award. Let’s play the devil’s advocate and say that maybe the increasing appreciation of Asian cultures doesn’t have that much to do with the civilizations per se. Nor is the expansion of K-pop based solely on music or genuine curiosity for South Korea.

There is a more important factor to take into account: economic progress. At the beginning of the 19th century, Asia held half of the world’s population and about half of the global product. The Western countries took the first place as producers once with the Industrial Revolution. The 21st century presents another change of ranks: China is the second largest-economy after the USA, boasting with a 10 percent growth rate; economists estimate that three billion Asians (a group of seven Southeast countries) have a very realistic possibility of living better than most of the developed countries’ population. The power center of the world is slowly shifting from the Atlantic Ocean area (Western Europe and the US) to the Pacific one (the US and Asian countries). 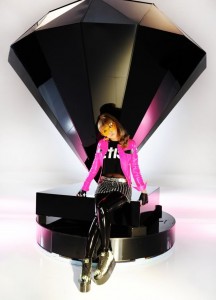 Any kind of economic transition also implies a cultural one. The 17th and 18th century meant the time of the economic French dominance (disputed also by the British). For artists, the perfect place became France, with Paris being the Hollywood of painters or writers. The same thing happened with the US in the 20th century. The reason now it is the leading culture is that it also holds the financial power. Put simply, money is power. By having a stronger economy than the rest of the planet, it gives one the ability to impose its culture outside its borders. What does “it’s the 21st century” mean? The phrase is usually used to define democratic values like freedom of speech and equality, regardless of gender, race, sexual orientation, religion and so on. Who exactly has them though? These are the ones you can find in Northern America and Western Europe. These are the people living in the 21st century. The rest of the world, despite holding onto them, does so to a different degree and still battles countless problems to reach the stage that the countries possess.

The same thing happens to K-pop. Despite Asian countries still having lots of issues to resolve, they began giving the world signals that they will get there. It won’t happen overnight for sure and it is indeed a slow process. While most of these countries have shown great improvement, it is barely enough. They learnt how to grow; now they have to learn how to work with what they earned. But still, they acquired a new status and the recognition their cultures get from other regions remains a convincing proof.

One may argue that the affinity for Asian cultures doesn’t restrict itself to the post World War II era. Some philosophical or religious ideologies have its main source in Asia: Buddhism, hedonism, the eulogy of meditation and contemplation. Van Gogh held a high respect for the Japanese art and some of his paintings received its influence. Still, it was never a trend embraced by the masses. Maybe all these isolated cultural clashes were just a premature start.

The Asian craze didn’t just burst in early 2000s. The audiences were already prepared by that time to accept the Eastern countries: a variety of products like cars and electronics fabricated there, Chinatown/Chinese restaurants, Asian-oriented organizations or the implementation of Asian language programs in universities. Then, more overtly, cultural acts began receiving the public’s positive response. The cinematography welcomed the Bollywood movies. Then, the Japan thing started. Soon, there were anime TV channels and a whole bunch of people knew who Ayumi Hamasaki, Kumi Koda or Gackt were. But these changes happened along with the modification of the global economical balance.

And today’s fad is K-pop. It didn’t stand on its own feet. Besides the appeal it has, the importance that Asian countries started to gain played a huge role. Think about how you got into K-pop. Was it at a first glance? Or did it grow on you? And if the second option is your answer, then it means it was possible for you to experience various types of Korean entertainment before practically enjoying it. K-dramas in your country, variety shows and even the ‘Most Viewed’ section on YouTube attenuated the cultural shock. There were other people on the same bandwagon, which normalized what you would have defined as weird.

Furthermore, it is a vicious circle. The financial situation that allowed K-entertainment to gain recognition is improving due to the export of K-pop acts. The money is then invested again, resulting in a profitable industry. Who doesn’t enjoy high-definition videos, complicated choreography and a myriad of group’ members to choose from? Plastic surgery, training campuses, studios and high-tech equipment, not to mention staff members denote the allocation of a high budget.

The association of K-pop with other Asian acts is not a bad thing at all. If Westerners get bored with it as predicted, its place on the Asian market will seclude also a position on the international one. Their breakthrough on the Western market wasn’t difficult just because of poor marketing strategies, but also because the already-established fans listen to them in a certain context. When the idols left the familiar background, their sound and appearance seemed misplaced and utterly different. However, there is no general remedy.

The evolution of the economy and cultures is unpredictable. The future can contradict or confirm the expectations. What is your opinion? Is economy an important variable when it comes to K-pop? What made South Korea’s culture as influential as it is now?