Dalmatian Returns to Inflict a "State of Emergency" 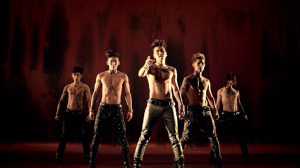 On the 15th of May, Dalmatian made their comeback after fifteen long months. For a group that debuted in the second half of 2010, that’s a mighty long period of time to be out of the public’s eye. But with their latest mini-album, State of Emergency, and the accompanying music video for their title track, “E.R,” it’s easy to see where that time went. Yes, I am talking about their smoking hot bodies. But more than that, their vocals have improved to have quiet confidence and tear-jerking harmonies that weren’t as predominant in their previous single, “Round 1,” or mini-album with title tracks “That Man Opposed” and “Lover Cop.” All of this new music is smooth, polished, and sophisticated, which is a wonderful change. To make it even better, all the members fully participated in the making of this album, from writing lyrics to composing to even producing. If that doesn’t demonstrate some aspect of growth, then I don’t know what does.

For new listeners, Dalmatian originally debuted with six members, including four of the current ones. Member Dari is currently doing his military service, and Day Day left for personal reasons. But joining the group is Simon, who is half-Japanese and half-Korean, but was born in the United States. He was actually originally slated to be part of Dalmatian, but he left to pursue solo activities. Now he’s back, enriching Dalmatian’s sound with both his rapping and singing skills. This new mini-album utilizes Dalmatian’s abilities to bring you four tracks and an instrumental for the title track.

Now, without further ado, is the music. The mini-album starts off with the title track, “E.R.” The music video for this song was made to leave an impression, and you can read about Gil’s in an earlier music video review. Accompanying the well-made MV is a superbly-made song. 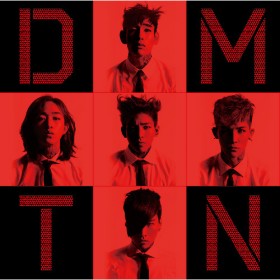 The music is primarily trance-like with choice notes highlighted here and there to help carry a melody. The main focus is on the vocals and how they all harmonize beautifully together. To get a better idea of how much is actually happening vocally, this video isolates the voices well from the background music. Each member shines individually as they star in their own part, but there are those little touches in areas that truly show what more than one voice can do together–I haven’t heard anything remotely close to this kind of layering from an idol group since Beast‘s “Fiction.” But because beautiful harmonization can’t carry a K-Pop song alone, there is still the music that adds a depth that voices alone can’t create. Within the chorus itself is a buildup that begins with Jeesu and erupts with Daniel‘s strong vocals. Leader Inati and Simon have different tones when rapping that contrast one another and also are complements. Overall, the song has a melancholic tone that reinforces the pain and sadness felt when a loved one is involved in a particularly harmful accident. Although the song does reach a climax of sorts, it isn’t overpowering as much as it is soulful and almost a little hollow, once again echoing that sorrow. This is a great choice for a comeback song as it reinvents the group, providing a more mature image that really suits them well.

The next track on the mini-album is “Drive.”

First, the English is perfect. In fact, the English is perfect in this entire mini-album, which is a joy for English-speaking international fans. And not only is it perfect in this song, but it makes sense in its context. The song begins with the sounds of a car zooming up to meet the listener. Already a proper mindset is being created: the sound lasts for long enough to get a picture of a long expanse of empty road that this driver can drive freely on. The music is very relaxed, from the guitar at the beginning, and R&B influenced. It’s also a fairly simple background track that lets the voices be the focal points. And also in this track are layering of voices and supports for one another, creating a chorus that is quiet and hushed, but not the point where it’s a whisper. One aspect that is outstanding in this song, and in most of the songs on this mini-album, is the way in which the voices of the members weave in and out of each others seamlessly. Often, groups will allot chunks of lines to each member (or one or two lines if it’s a large group like Super Junior). But here, all the members use their voices to add more depth to the others and even sneak in lines here and there. They all take part in strong and weak parts, though clearly Jeesu and Daniel hold the chorus together; Young-won‘s lower and rawer tone helps to balance out the others. Altogether, the lower and hushed voices and smooth beat make for a sensual song that isn’t as frantic as the title track.

The third track of State of Emergency is the more emotional “Hurt Me.”

Whereas “Drive” was sensual and lazy, “Hurt Me” has repressed pain and regrets while still having that R&B style. Like the other songs, this one also has a rather simple background track for focus on voices. It’s made up of strings and a strong beat. The lyrics speak of moving on after a hurtful ex, and it’s a realization and progression that happens throughout the song. The emotions are there, and the track also displays the vocal abilities of the members, but in comparison to the other songs, it’s a bit bland. The intent is meaningful, and it’s the closest song to a ballad on this album, but it’s weak in development within the song. There’s progression of thoughts within the song. It would have been nice to see that reflected more musically. While simple can be elegant and beneficiary, having too much of it and too little change within the song can make it a tad boring.

The final song on the mini-album is “Still By Ur Side.”

This song brings some of what “Hurt Me” lacked. It’s more upbeat, faster-paced, and has more touches to it that keep the song interesting throughout. The lyrics discuss how a man wants to leave his woman because he feels he’s not good enough: he’ll always be by her side, but he needs to let go now. This significance is reflected by the subtle regretful tone that turns what could have been upbeat with a couple of different notes here and there into a song more fit for reminiscing. The voices are once again on point, expressing emotions and working well together to display their impeccable group dynamic. The low and faint “oh”s in the last run of the chorus help signify the end of the song and drive it to the end, almost in celebration of the decision made. It seems that this harmonious voice that they all can create together could become part of the sound that the group will be noticed for: it’s been consistent throughout the four tracks of this mini-album. Also, perfect English is perfect, and it needs to be emphasized because groups that having much greater financial backing still err on this crucial point. 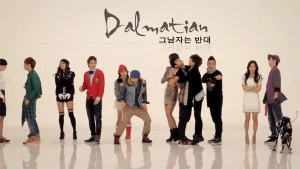 This mini-album is solid. It’s cohesive and clearly demonstrates the growth of the group. Simon was a good addition, especially in light of Day Day’s departure as he easily raps well and has a style distinct enough from Inati’s to be successful. But despite all the praises, there are still criticisms to be made. State of Emergency is a bit gloomy. It does a good job of sticking to its guns and provides excellent music, but there isn’t that joyful song that picks up the mini-album. That could be because the mini-album doesn’t have room for such a track, or because the point of this comeback was to establish Dalmatian’s more mature image with which the members feel more comfortable. But it’s still possible to have that mature image and provide something more uplifting than the four tracks presented. It was a loss on this album that might have made it more well-rounded and versatile. Although the members have said that this image suits them better, I do miss the fun they had on stage with “That Man Opposed.”

That being said, I give State of Emergency a 4.4/5. It’s a strong return for Dalmatian, and I’ll definitely be listening to these songs frequently.

Seoulbeaters! Did State of Emergency cause you any health problems? For Dalmates, what do you think of the group’s change in concept? 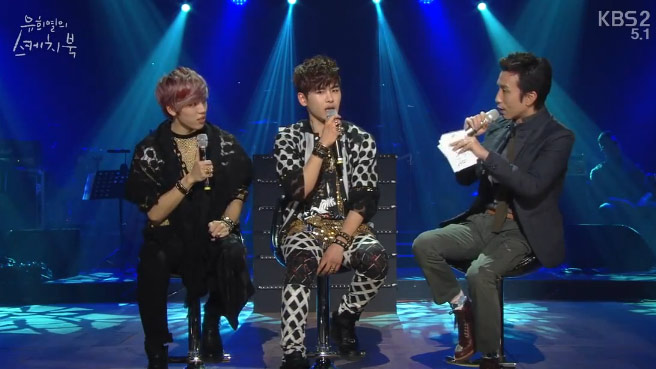 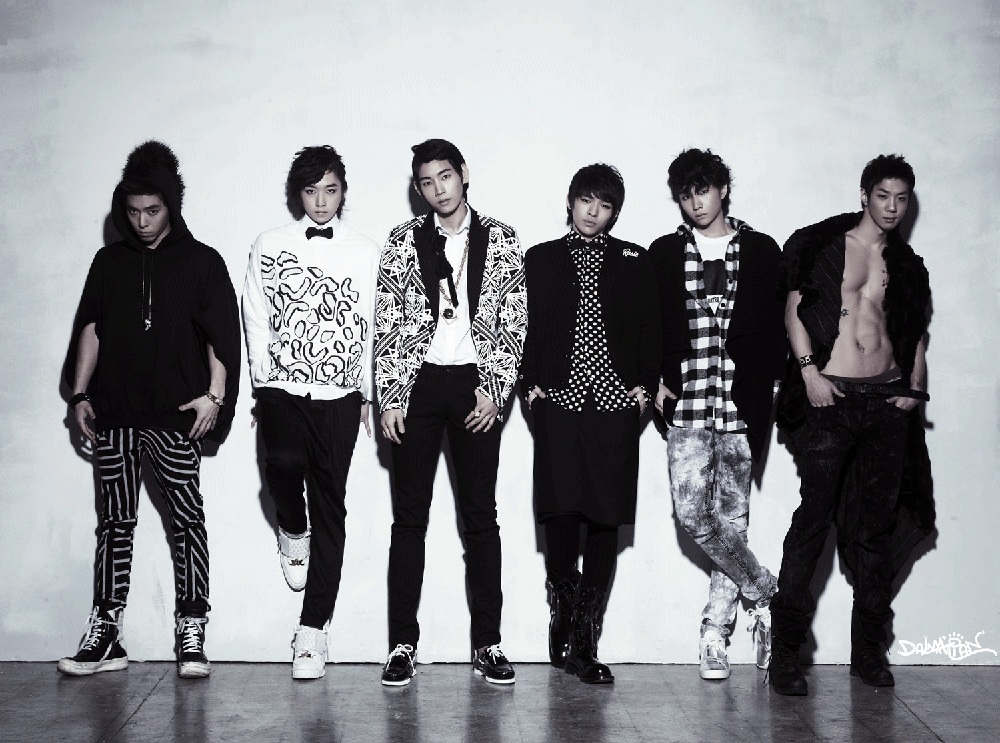