Let’s talk about an open secret: the Hallyu Wave owes a lot of its success to the hunks of K-Pop and K-Drama. If not for the Hallyu male eye-candy, what would the legions of female fans worldwide slap on their walls, use as their screen-savers and swoon over in their dreams?

A big part of male idols’ visual assault on their fans are the fashion shoots, MVs and concept photos for new work. As all entertainers around the world, they use stylists to get themselves primed for the events and shoots. And while many of these idol-stylist collaborations are a resounding success, others are…..hmmm, how should I put this nicely….gloriously crossing into the WTF territory. Our monthly bizarre list cannot do justice to all these spectacular clusterbombs, so we decided to devote some ink to the bold, the brave, the …do they not have a mirror??? Tastes differ, you might say: well, in that case, judge for yourselves. 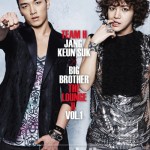 Jang Geun-Suk is the Figaro of fashion concepts careening into a ditch. Mr. Jang’s recent album promo cover with Big Brother looks downright confusing: especially when one compares Mr. Jang’s ditzy ajumma-perm-gone-wild look to Big Brother’s “I’m gonna beat the crap out of ya” facial expression. Did Mr. Jang think he looked hot in curlers and sequins, or was it his stylist who convinced him (or failed to dissuade, whichever way you look at it), that this was his winning look? And before someone tells me that Mr. Jang is the quintessential Flower Boy, and Flower boys all look like that: just take a look at all-growed-up baby Kim Bum – still handsome, but in a dude-kinda way.

Exhibit B: Use of Ladies’ Jewelry

Swaths of male idols are guilty of donning necklaces galore. Some of these photo shoot concepts work better than others; some should have never been attempted; and some stylists should be banished to a remote chain of deserted islands after putting these things on guys. When speaking of baubles and men, one rule has passed the test of times: less is more. Otherwise, Marilyn Manson is getting green with envy. 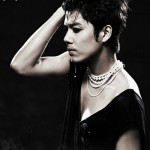 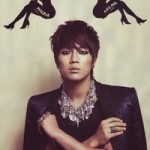 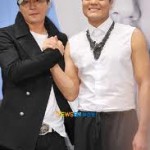 Hydrogen peroxide and K-Pop seem to be like Lucy and Desi: where there’s one, you’re likely to see the other. Mind you, there are many examples of style done right. However, let’s face it, we are not here to talk about tasteful hairstyles – bring out the freak show!

Apparently, the  Albino monk look is all the rage: 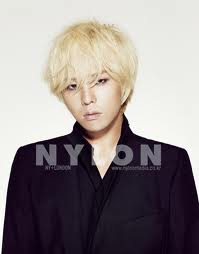 Brother G-Dragon must have puffed the wrong stuff... 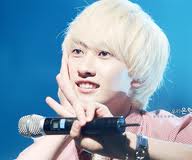 Another popular choice is a shade lovingly known as “Trophy Wife Special”: 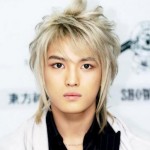 Is that Jaejoong or a younger Dolly Parton? 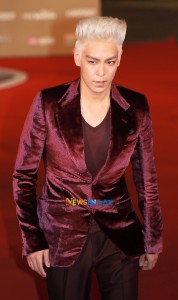 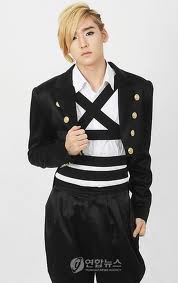 What can we say? You have to admit: some of these liquid pencil masterpieces are damn good – can they give me some makeup lessons?  If it ain’t eyelined to the nines, it ain’t K-Pop….. 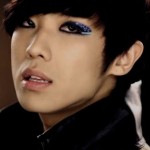 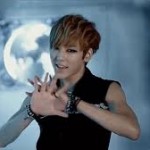 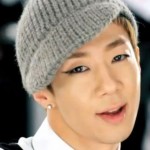 Dalmatian's Dari only had enough pencil for 1 eye

How about you, our dear readers? Do you have examples of K-Pop stylists gone mad? Please share in the comments section.