The SNSD Sub-Unit Twinkles With Potential 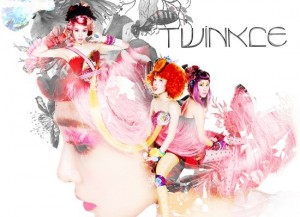 When I first saw the set of teasers for TTS‘ promotional single, “Twinkle,” I must say my initial disappointment from the teaser images was quelled. The MV looked pretty well done, there was evidence of real singing and the song sounded appealing.

With mixed reactions so far to the whole project, let’s delve straight into the album review.

1. “Twinkle” – The first thing that struck me about the song was how strong the instrumentation influences were. There’s a fair amount of drum and trumpet styled sounds, with a mix of piano thrown in. But given how girl group releases this year have been geared towards such sounds (Sistar’s “Alone” and 4Minute’s “Volume Up” springs to mind), it could probably just be a sign of things to come, that the hard-edged electronic sounds that characterised most of last year’s girl group music is on its way out.

The song comes across as a pretty driven, Korean-esque take on “Lady Marmalade,” meaning slightly over-done, quite showy, but very impressive to listen to and thoroughly enjoyable for the most part. 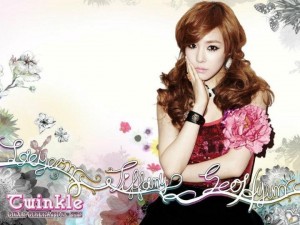 The above statements largely apply to the song, with one or two exceptions. The belting that characterised most of the singing in the teaser was thankfully largely reduced, such that it sounded like a song, and not so much a vocal exercise or belting competition.

However, it all fell apart in the last minute, as if the producers had suddenly decided to go all out with the instrumentation and turn it up, resulting in a mini competition between the girls (especially Tiffany and Taeyeon), with every imaginable form of vocal belting possible.

2. “Baby Steps“ – For me, this has got to be one of the hidden gems of the album, and the one they should have promoted. The melody, made up largely of a piano, is gentle and persuasively enjoyable, without ever being over-powering. The relaxed sounds, ironically, allow the girls’ vocals to do their best work and be shown: Seohyun especially has a very nice mid-range that seems to suit the song very well.

And even when the song builds up very nicely to the highest point, it never seems forced or harsh. Oh, and this time the high notes do seem to work nicely.

3. “Oh My Gosh“ – Another horn and drum-based, funk driven song, but slightly less interesting than the title track, “Oh My Gosh” is another breezy listen with again those consistently good vocals (that line at 2:05 by Tiffany never sounded that cool). The only rather minor drawback was in how the bridge flowed into the chorus. Going from a sultry croon to belting out a note or two suddenly does not make for a nice flow. 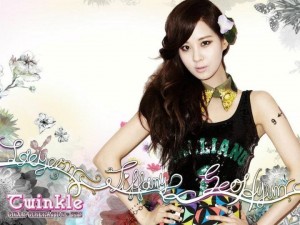 But apart from that, nothing much else to comment on about the song. It fits in nicely as an okay listen, and sort of fits the concept of the album.

4. “Library“ – Take decent vocals, use vocal processing minimally, come up with a hummable tune and some lyrics that are easy to sing along to, and this is probably the closest this album comes to a Western creation. I did enjoy it, and it works as a single. Problem is, I struggled to see how it fitted into the album’s concept.

Not a funk styled song, not one that particularly showcased the trio’s vocals and a song that no real special point about it. I felt it would have been better kept for a SNSD album, and replaced with another song that fitted with the spirit of the album.

5.”Good-Bye, Hello“ – A variation of the cutesy stuff one finds off a usual SNSD album, this is another song that does not really fit in with the premise of the album. Sure, the singing is competent and it makes for nice, passive listening, but again, this is one of those songs which would have been better used on a full SNSD album, and a song that shortchanges the potential of the vocalists used.

6. “Love Sick“ – A nice mid-tempo ballad, reminiscent of those R&B ballads so loved in the early 2000s. Not exactly overpowering 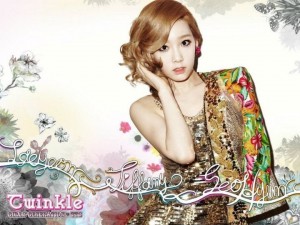 but still able to showcase the vocalists’ (more of Tiffany on this front), this song made for a nice listen for me. It grew on me as a nice understated listen, but really, ” Baby Steps” was way more inspired.

7. “Checkmate“ – The last song on the album, and who would have thought SM would have sprung a nice surprise on us? A very inspired Eastern-style guitar riff, and rhythmic but never overbearing drumming, combined with singing that suits the tone of the song.

There is a nice competence, and a fair amount of vocal stretching by the girls, but it never gets too showy or just doing high notes for the sake of impressing. All of the above reasons make this song my other pick as one that should also be promoted.

If the album’s purpose was to serve as a vocal showcase, then it has definitely worked. Apart from some slightly excessive belting, most of the songs were rendered in a very nice way that showcased their vocal chops. Props again to Seohyun for being consistently nice to listen to, as well as to Tiffany for letting her vocal range show through.

As a platform for exploring ideas outside the SNSD mold, this album left me with mixed reactions. While I liked the concept of the album, and some songs did hint at a different, more interesting musical direction, there were a few other songs that were still what SNSD did usually and that they could have been saved for the usual albums. Those ended up giving the album a slightly confused feel. Is it truly a concept album where other ideas could rule, or just another place to put tracks that did not make the cut on prior albums?

At the end of the day though, this album does prove that SNSD working in subunits with varied strengths is a viable idea. It provides breathing space for talent and allows for potential. I just wished some of the material was a bit better and that they were more focused on the concept, instead of just applying it to only half the album.

I would rate this album  3.5 out of 5, paradoxically, for what it was and also for some of its unfulfilled potential.