The Return of Block B 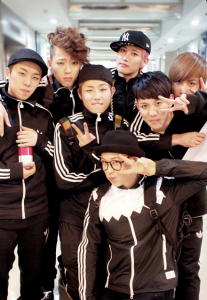 The boys of Block B are finally back after their comments during an interview about Thailand were criticized by many people earlier this year, releasing a repackaged version of Welcome to the Block, which features two new tracks and instrumental as well as remix versions of songs that had been on the original version of Welcome to the Block. The group has released for a music video for “I’ll Close My Eyes,” a track that is much different from “NalinA,” the powerful hip hop track they released earlier this year.

Block B debuted last year with “Freeze” and prior to their two-month-long hiatus, many fans were convinced that the group was going to go far in 2012. Much to their credit, Block B fans stuck around loyally through the controversy and it’s easy to tell that the boys are grateful for their support. In return, the group seems to be determined to thank their fans with new tracks and harder work than ever. Unfortunately, while that fact shown through in their repackaged version of Welcome to the Block, I felt like Stardom Entertainment settled for giving fans recycled material and mediocre tracks at best.

The music video for “I’ll Close My Eyes” is a good example of that. In the music video, video clips of the boys attending dance practice, performing, meeting fans, and even sleeping on an airplane are shown. It’s almost as if the video is broadcasting, “Hey, look! We’re back and better than ever!” which I have no problem with, but the song itself just seemed to be watered-down compared with some of Block B’s earlier material. 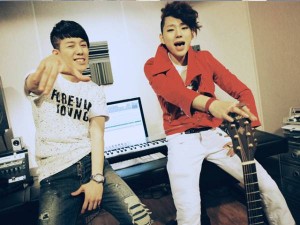 “I’ll Close My Eyes” isn’t a bad song, but it just doesn’t stand out as a track to me. It was written by Zico and Kyung about how a guy gets over his ex-girlfriend and features soothing acoustic guitar chords. The song gives Block B an image that is easier for fans to relate to and is very catchy, but there’s none of that “wow” factor that “NalinA” had. On the other hand, “I’ll Close My Eyes” was a very relaxing track to listen to without the presence of intense electronic synths that are typically present in hip hop tracks, which I liked. The pronunciation of the rap in the middle of the song was also very crisp, which just goes to prove how Block B is one of the few groups that features decent raps in their songs instead of poorly executed “idol” raps. But even with those things, I felt like “I’ll Close My Eyes” ended with a whimper and not a bang. That was a shame because even though I wasn’t a fan of “NalinA,” the song at least made them memorable in my mind because it was so unconventional. While the two songs are very different, it would have been nice to see Block B try something a little bit more “out of the box” instead of releasing a track that lacked individuality and memorability.

The other new track that was released on the repackaged version of Welcome to the Block was the remix version of “Action,” a fast-paced dance track that featured a catchy beat and had a more electronic sound. Some dubstep elements were added to the second version, making it more intense than the first version of it.

One thing I wish they hadn’t done in the remix version of “Action” was taking out the instrumental piano melody and replacing it with synths, because it sounded very awkward when they added the piano back in at the end of the song. The synths overpowered the piano melody and even the voices of the boys at some parts, making the track a little overwhelming to listen to. Overall, I liked the first version of “Action” better. 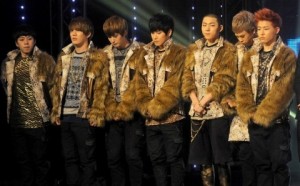 Taking into account the fact that Block B’s interview has probably not been forgotten yet by many people, it’s hard to blame the boys for easing their way back onto the K-pop scene instead of trying to make a big impact with a flashy new single. They are not trying to prove to skeptical fans that they are back and better than ever; instead it seems like Block B is trying to show their appreciation for the support that they received during the controversy. And for that, I admire them because it shows that they are not taking their fanbase for granted and will truly work harder in the future to improve themselves.

Block B has already demonstrated that they are a formidable new group with serious potential in the long run on the K-pop scene, and I’m impatiently awaiting their real comeback this year, which will hopefully be a little more memorable than their recent return to K-pop.