Smells Says "Dance with Me" For His Debut

Let’s take a step back from the seemingly endless stream of K-pop music and focus our attention on something a little bit more alternative and electronica. Foundation Record’s latest debut artist Smells just released his debut EP along with an MV for his title track “Dance with Me.”  This funky number is a mellow electronic piece laid with notes from the electronic piano as well as some old school synths. Though Smells is right up there in the odd name standard with his K-pop rivals, Smells’ music stands on its own level. Check out Smells’ debut MV for “Dance with Me.”

Okay, yes, this MV can readily be summed as one large guy and one bald man dancing interpretively for three minutes, but there is very much a connection between what is going on and the meaning of the song. The ways in which the little spotlight contours the dancers (one who looks professional, the other, not so much) is obviously accentuating the ways in the body moves as it dances. The ways in which the cameras captured the movement allowed the MV to contain the drama it needed instead of leaking the humor that it sometimes seemed to pose.

The contrast between the more professional dancer and the more, let’s say, whimsical dancer ties together a message about raw emotion and feeling, and the theme is threaded together by the song. Another key component is how the faces or identities of the dancers is for the most part masked by the darkness. This, to some extent, illustrates some sort of universality in the way people respond to music and emotion. Perhaps that is why there are two extremes of a spectrum in the MV (one artful, another tactless) in order to enable the viewer to relate somewhere in between. 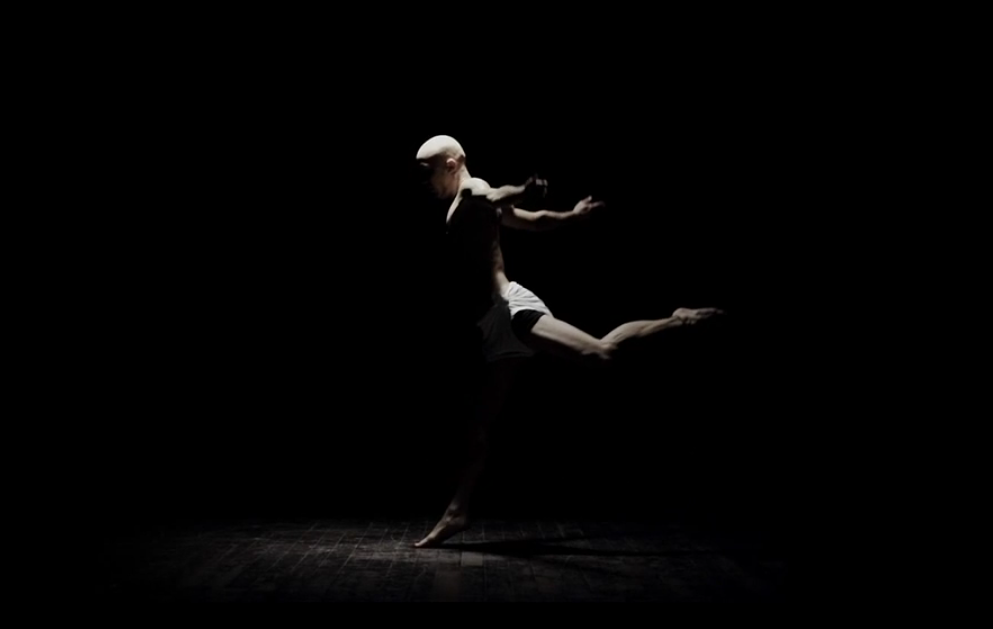 Well, the two dancers are definitely in their zones–I mean, they go the whole nine yards performance wise, from the oil to the water to the interpretive direction the moves take. Obviously, Smells sounds great, and the dancers did well to match the emotion in their movements to the lyrics and beats of the song. Overall, there is little delivery other than the dancing to critique, however, there is also little to complain save for the lack of variety. Though perhaps a bit bizarre, the MV is certainly intriguing and even unique in terms of delivery.

Obviously there is more to this MV than watching two half-naked men, neither of particular good looks, dancing in the dark. The greater meaning here is illustrated through both calculated and free-flowing movement. This movement seems to convey basic inclinations about feeling and how feeling is wrought from our bodies. Again, you have to kind of come forward with an artistic eye about this MV, as it is rather unconventional in method. It is artistically simple relative to other major MV productions, but still attention grabbing in the sense that it challenges the viewer to dig deeper into the meaning.

Indie electronica doesn’t get much widespread exposure in this fast-paced K-pop world, but Smells’ “Dance with Me” MV does a good job of reopening the portal of interest to the Korean electronica and alternative genre.. If you’re interested in more of Smells’ sounds, be sure to check out his debut EP Dance with Me!