Side B: Wandering into U-KISS's Neverland 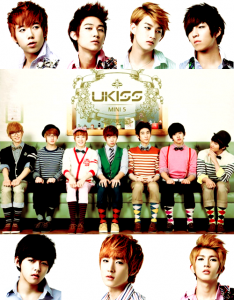 Welcome to this week’s Seoulbeat’s Side B! This segment explores the lesser known tracks of popular K-pop acts hidden by the popularity of the featured tracks. Today I have the honor of exploring U-Kiss’s and spotlighting their musical gems.

U-KISS(Ubiquitous Korean International Idol Super Star) is a seven member boy-band created by NH Media. Many people are surprised to hear that U-Kiss has been around for a long time, debuting in 2008 alongside  popular groups such as SHinee and 2PM. They garnered popularity with hit songs like “Man Man Ha Ni” and “Bingeul Bingeul.” They have definitely evovled from their aegyo images in “Not Young” to fierce men in “DoraDora”

I first encountered this group when I saw the ‘Man Man Ha Ni video.” To be honest, I wasn’t a fan of the song nor the video and I quickly forgot about them. It was only with the release of 0330 that  I began to take notice, I enjoyed the upbeat tempo this ballad has and let’s be real here, Kiseop definitely contributed to my curiosity. Afterwards, I searched all the videos of U-Kiss falling into the black hole that is fan-girl love; I was enamored by their boyish attitudes and quirky charms. When I did become a fan, it was right after the member change with the departure of Alexander and Kibum. It was after this member line up change that U-Kiss’s material got better.  Though Kiss-Mes everywhere mourned Alexander and Kibum’s leaving, Hoon and AJ were–in my opinion–very smart additions to the band. Hoon is a fantastic vocalist and–I’m not going to lie– AJ is the best rapper U-Kiss has ever had.

U-Kiss is well known for their Electronic sound with an abundance of synth and loud back-tracks. For come reason, NH Media thought that it would be a great idea to have Brave Brother basically make every single U-Kiss ever had. Brave Brothers has the tendency to overdose on auto-tune with U-Kiss, a disservice to Soohyun’s and Kevin’s voices. Although their most popular hits– “Man Man Ha Ni”, “Bingeul Bingeul,” and “Shut Up“–were penned by said composer, it is no secret that they weren’t of musical caliber. The constant self-inserts of “Brave Sound” were incredibly obnoxious too.

So I breathed a sigh of relief when U-Kiss and their management dumped him and went for Kim Tae-hyun to produce their title track, and with their full length album Neverland, the 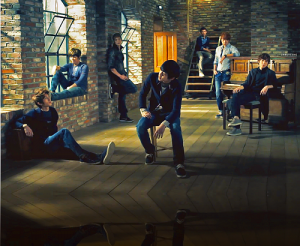 infamous ‘Brave Sound” was nowhere to be heard. With Neverland they still kept the electro-dance track that we all grew to associate with U-Kiss but it wasn’t just noise, the members’ voices weren’t hidden by auto-tune and it had a musical quality to it. Everyone was pleasantly surprised by this new direction U-Kiss was going in and we were all happy with the results of this image upheaval.

Neverland included plenty of ballads which displayed the vocal strength of their members but still contained tracks that you can dance around to as well.

“Take Me Away” is a simple ballad track with a piano melody accompanying Hoon and Kevin. This minimal background music allows for the strong vocals of the two to come out more. The harmony between the two work so well and beautifully that it is an absolute delight to listen to.  U-Kiss is well known for up-beat dance tracks but with such a style its hard to showcase the vocal talents of some of the members, but the minimal instrumental sound in this track allows for the voices to shine.

“Top That” is the closest U-Kiss will ever get to hip-hop, and I’m getting some Lil Wayne feelings. Annoying “La-la-la-la-la” backtrack aside the song is a great up-beat track. It has a lot of things going on, much like U-Kiss’s previous songs, but somehow manages to be cohesive. The song is high-energy throughout and I even enjoyed the rapping, something that is rare for me in the K-pop world.   The song would fit perfectly in a club and on the dance floor, and needs to be blasted at full volume to enjoy it.

No this isn’t the “Baby Don’t Cry” that I crave from Exo — this “Baby Don’t Cry” is upbeat with plenty of synths to go around. It has a steady clapping in the background. They do a great job of taking that classic U-Kiss sound and making it more melodic and giving the vocals a chance to shine. Granted, it sounds like Kevin is carrying most of the lines but he does it well. This song employs a false ending followed by a rap and concludes with the chorus. It was a nice touch and I really liked the balance between the electronic sound and an actual melody.

To conclude we have “We’ll Meet Again,” featuring Paran, U-Kiss’s lesser known label-mates which AJ used to be the Maknae of. This track starts out with the the members of both groups interacting for a fairly unconventional beginning, a piano melody is interlaced throughout the beginning and about 3 minutes in the song starts out with strong clear vocals. It’s a great ballad with wonderful harmonization between the two groups. See what happens when you guys stay away from the auto-tune? We get to hear your beautiful voices.

Though U-Kiss has been the victim of unfortunate management and the Brave Brothers, NH Media finally woke up and realized that it would be a good idea to allow U-Kiss to showcase strong vocals, which were hidden by loud synths and auto-tune. Neverland  has been a drastic improvement since their syntho-pop noise days of yonder past. I hope with this week’s Side B all of you were able to find the hidden musical gems of U-Kiss. The entire album was a pleasant surprise, and I was ecstatic to hear everyone’s voices, which were great. I would highly recommend looking at for U-Kiss’s Japanese tracks and Doradora.